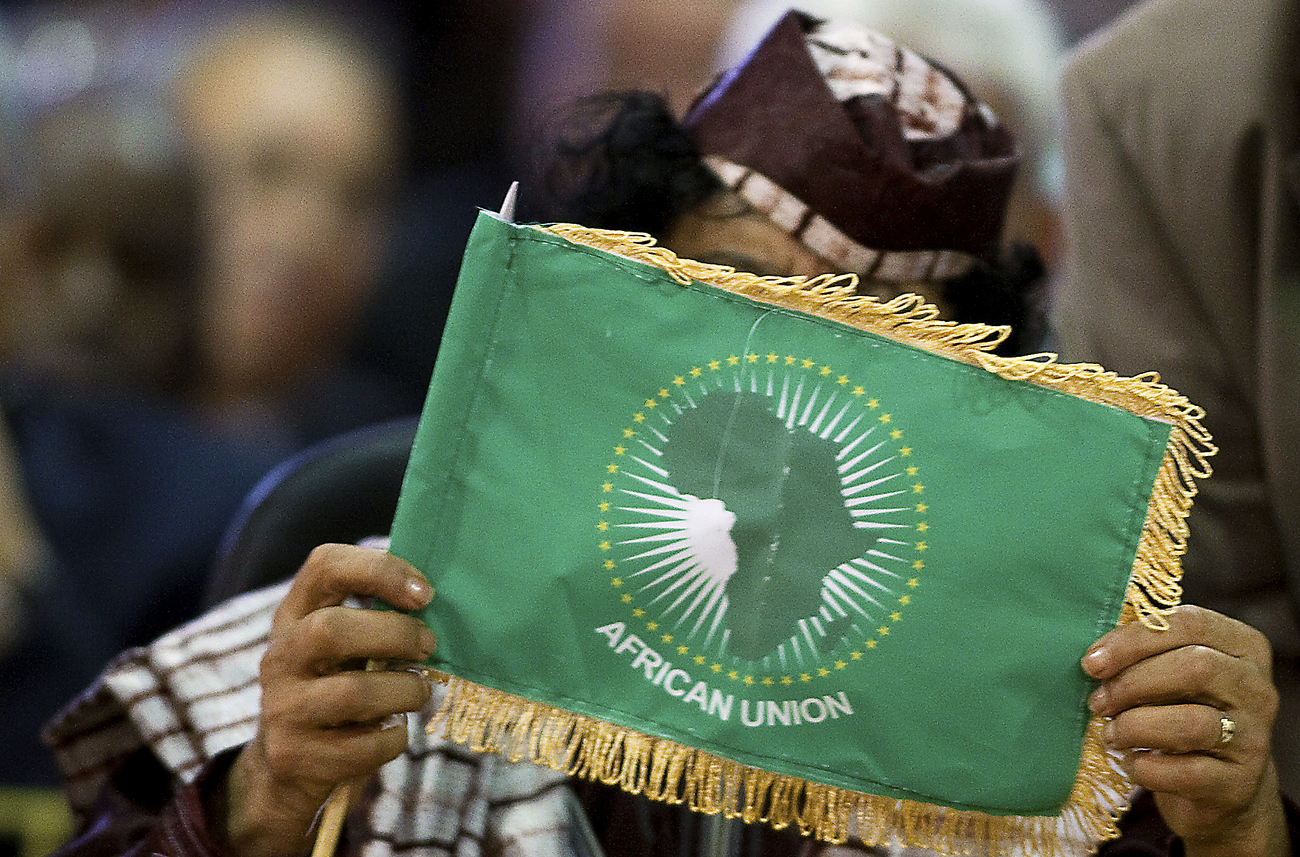 Wherever he may be, it’s clear there’s no way back into government for Muammar Gaddafi. As Libyans and the world celebrate the end of Africa’s longest-ruling dictator, African leaders, who’ve enjoyed Brother Leader’s largesse for so long, are less enthusiastic. By SIMON ALLISON.

The world is falling over itself to join in on the Libyan party. Libyan diplomats are hastily stitching together rebel flags to fly over their embassies, oil companies are ingratiating themselves with the new regime and governments are officially recognising the Transitional National Council as Libya’s official government.

Not the African governments. With the exception of Nigeria and a handful of other African countries which broke ranks to support the rebels, most of the African Union still refuses to recognise the TNC, even in the knowledge that Gaddafi is spent as a political force. The African Union itself is also sitting resolutely on the fence, calling for some kind of inclusive unity government until the fighting stops.

There is something strangely noble about Africa’s loyalty to Libya’s deeply flawed former leader, which is vaguely reminiscent of the continent’s equally stubborn, and equally misguided, stance on Robert Mugabe. For better or worse, Africa loved Gaddafi and Gaddafi loved Africa. His driving vision, since he was frozen out by the Arab League, was a United States of Africa, a political and economic behemoth able to challenge the superpowers that would be led by none other, of course, than Gaddafi himself. And he tried to make it happen.

His first ploy was to summon a grand meeting of African chiefs and traditional leaders, all the people of this continent who find their authority has been eroded by modernity and democracy, and get them to swear allegiance to him. Which they duly did, crowning him as “Africa’s King of Kings”, but given he’d only managed to persuade about 200 of them to attend his conference in the Libyan desert, they weren’t able to give him the legitimacy he so craved. His next ploy was bolder. In 2010, at the end of his term as president of the African Union, a body he helped create and fund, he stormed into the annual heads of state meeting demanding another year in charge. This too was denied to him. The continental body instead chose Malawi’s Bingu wa Mutharika – apparently some autocrats believe in taking turns. Gaddafi left the summit in a huff, rolled up his tent and went back home.

But Gaddafi’s greatest contribution to Africa, for which he will be sorely missed by many of the continent’s presidents, was cash, and his propensity to spend it on African leaders. Libya is rich, awash with oil money and with relatively little public expenditure and total power over the way money will be spent, Gaddafi preferred to further his continental ambitions than improve the country’s education or health systems. So Gaddafi spread the wealth around a little bit.

As Avusa editor-in-chief Mondli Makhanya wrote: “He had many presidents, prime ministers and kings on his payroll. He also filled the coffers of some nations and financed the election campaigns of many parties. If you ventured into downtown Johannesburg and visited some important political buildings you may well have heard interesting stories about bags that were brought back from visits to Tripoli.”

Other financial arrangements were less discrete. Libya contributed a full 15% of the African Union’s budget before suspending payments during the civil war, as well as helping other countries cover their dues. The country stumped up the major share in the African Monetary Fund, which is supposed to replace the function (and, more importantly, the influence) of the International Monetary Fund. Through its investment arm, the Libya Investment Authority it bought up property and businesses across the continent, including hotels in Sandton and the V&A Waterfront, bringing much-needed foreign investment to places that didn’t get much. The LIA also invested some $300 million in the launch of Rascom, Africa’s first satellite, a project other lending institutions wouldn’t touch – the satellite’s been in orbit since 2007 and has slashed African mobile communication costs.

Africa’s leaders, in other words, owe Gaddafi – big time. And having taken his cash, the least they can do is be there for him in his time of need, an underhanded contract that is being observed. There’s honour among criminals, after all. Perhaps also some African leaders see too much of themselves in Gaddafi, and can’t bear to endorse his downfall.

But there’s a price to be paid for such stubbornness in the face of political reality. The rebels are in charge now, notwithstanding a few weeks or months of mopping-up operations and, of course, the hunt for Gaddafi himself, and Africa’s already shot itself in the foot with Libya’s new government.

Given they’ve most of a country to rebuild, as well as four decades of Gaddafi’s eccentric leadership to rehabilitate, it’s likely they’ll have a few other things to do with their money rather than keep up Brother Leader’s largesse on the continent. Most pressing is the question of AU contributions – the continental body is quietly desperate for Libya to start paying again, as it can ill afford a 15% revenue cut for very long.

But the new Libya finds itself caught in an identity crisis. Is it Arab or African? And does it matter? The historically stagnant Arab League is going to be a cauldron of conflicting ideologies when the new governments of Egypt, Libya and Tunisia start throwing their weight around against the old guard led by Saudi Arabia. The AU might have provided a smoother welcome, allowing Libya to be the rich fish in a poor pond, but they’re not being very friendly. And Libya’s relationship with the Africa’s other rich fish – South Africa – is likely to be very strained given how staunch an ally SA has been to Gaddafi.

Africa will come round, eventually. It might be this month or next, but slowly the continent will recognise the rebel government as Libya’s official representative, and welcome it to the African Union. But it’s probably too late – African leaders have made their feelings clear enough already, and there will be repercussions. DM