Sum of all our fears, Libyan edition 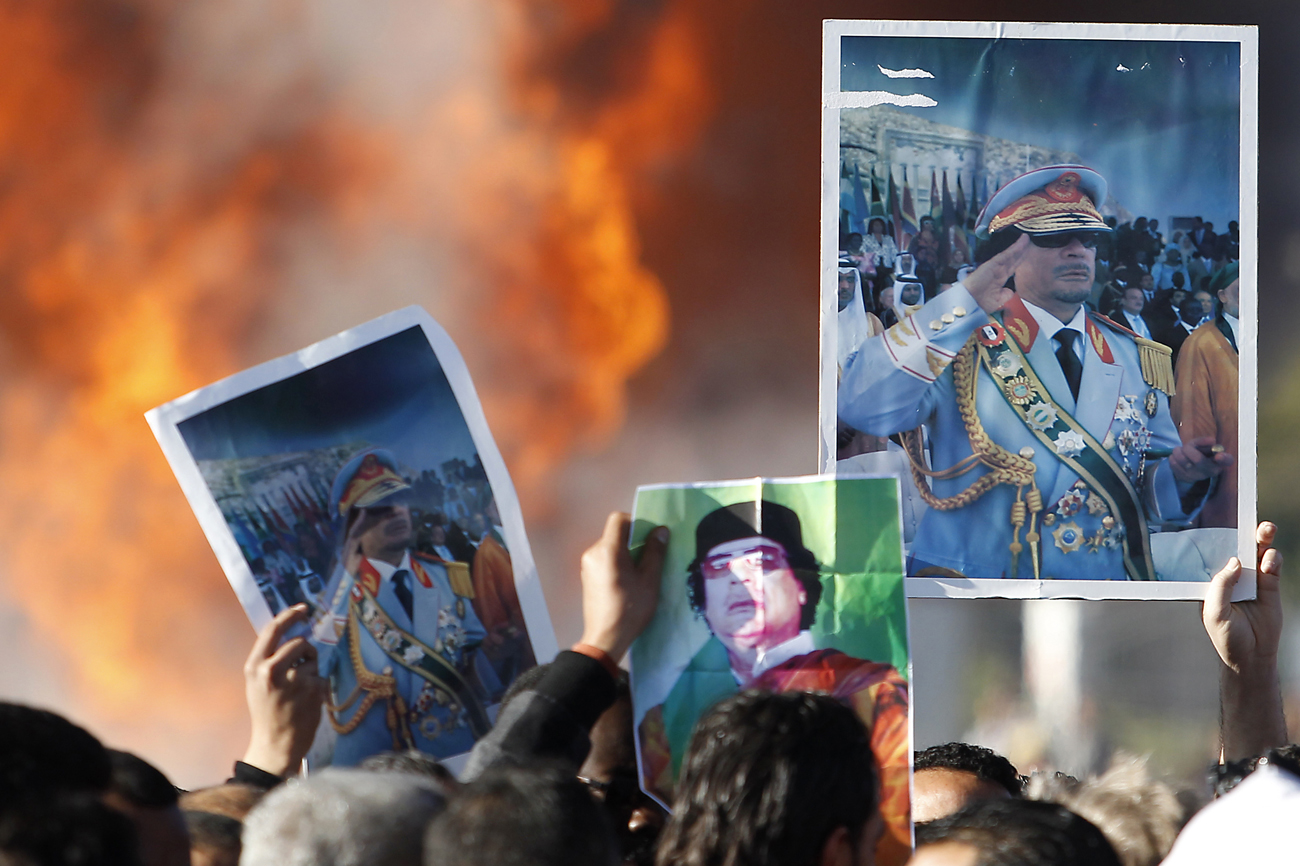 Amid the current chaos and running gun battles in Libya lurks the chilling threat that dangerous nuclear materials could fall into the wrong hands. A case of life imitating art, writes J BROOKS SPECTOR.

A while back there was that Tom Clancy thriller turned into a blockbuster action film – “The Sum of All Fears”, where a lost Israeli A-bomb gets shopped from Bedouins to the Ukraine to terrorists who then blow up the football stadium in Baltimore (and Baltimore itself) where the Super Bowl is taking place – and where the president is watching the game. No problem, though, it was just your typical international espionage fiction and Hollywood.

Well, hold on to your hats, maybe. Now comes word from a former, very senior UN official, Olli Heinonen, who warns that the very circumstances of the rebels’ apparent victory in Libya might allow dangerous nuclear materials that could be converted into a so-called “dirty bomb” to fall into the hands of other, thoroughly unpleasant people while chaos remains the order of the day in Tripoli. A dirty bomb does not actually reach a critical mass explosion, but, nevertheless, it can scatter a thoroughly lethal cloud of radioactive debris across an entire city. Heinonen knows what he’s talking about. After his time with the IAEA as its deputy director, he is now a senior fellow at the Belfer Center for Science and International Affairs at Harvard University.

Back in 2003, as part of an effort to mend his ties with the West and bring his nation back from its international coventry, Muammar Gaddafi agreed to give up efforts to acquire nuclear, chemical and biological weapons. Libya’s uranium enrichment programme, and the more sensitive material and documentation – including nuclear weapons design information – were eventually removed from Libyan hands. This followed nine months of secret talks between Libyan, American, and British officials. Libya eventually agreed to abide by the Nuclear Nonproliferation Treaty, and to allow for inspections and monitoring. The last consignment of spent fuel finally left Libya in December 2009.

While the Libyan insurgency has now apparently driven Gaddafi from his final redoubt in the Libyan capital, the ongoing fighting and gunfire makes it pretty clear that rebels supporting the transitional national council have not yet completely overwhelmed every Gaddafi supporter. Unfortunately, it is situations like this that also mean chaos and confusion in the wake of a military fighting. Of course, the resulting burning, looting, pillaging and plundering after many military victories is as old as the Trojan War. But Heinonen has just called world attention to possibilities in Libya that could follow the very troubling precedent that took place at the Tuwaitha atomic research facility near Baghdad, after Saddam Hussein was forced from power. In an online posting earlier this week, Heinonen says that in the case of Iraq “most likely due to pure luck, the story did not end in a radiological disaster”. But, by contrast, in Libya, those troubling “nuclear security concerns still linger”.

Heinonen notes that despite the earlier stand-down from a Libyan nuclear programme, the country’s Tajoura research centre still stocks large quantities of radioisotopes, radioactive waste and low-enriched uranium fuel from three decades of nuclear research and radio isotope production. Tajoura has a 10MW reactor and is located some 34km east of Tripoli.

Heinonen goes on to say: “While we can be thankful that the highly enriched uranium stocks are no longer in Libya, the remaining material in Tajoura could, if it ended up in the wrong hands, be used as ingredients for dirty bombs. The situation at Tajoura today is unclear. We know that during times of regime collapse, lawlessness and looting reign”. In the careful language of nuclear weapons inspectors, Heinonen notes that the transitional national council needs to be cognisant of the dangers of the material stored at Tajoura and it needs to “take the necessary steps to secure these potentially dangerous radioactive sources”. Heinonen goes on to warn the rebels, the west, the UN and anybody else who might possibly be listening that relying on luck is not an option.

The current regime in Libya is accountable for the security of nuclear and radioactive material. But once a transition occurs, the TNC will become responsible, as it will be in charge of all weapons and dangerous materials recovered from Gaddafi’s regime, including a much-publicised stockpile of bulk mustard gas at a site southeast of Tripoli. The TNC needs to be aware of the nuclear and radioactive material sitting around Tajoura. And it should assure the world that it accepts its responsibility and will take the necessary steps to secure these potentially dangerous radioactive sources.

Technically, experts call the threat of a crude fissile nuclear bomb – difficult to make with very hard-to-get-your-hands-on weapons-grade uranium or plutonium – a “low probability, high consequence act”. That means hard to do but with some really nasty consequences if you’re lucky. By contrast, a “dirty bomb” is termed a “high probability, low consequence act” – less loss of life if actually used, but really effective as means of terrorising whole nations and populations.

In support of Heinonen’s concerns, Mark Fitzgerald of the UK’s International Institute for Strategic Studies think-tank adds: “There are a number of nuclear and radiological materials at Tajoura that could be used by terrorists to create a dirty bomb”. He also notes that Tuwaitha “should stand as a lesson for the need for nuclear security precautions in the situation today in Libya”.

It must surely be a question now for Muammar Gaddafi – no longer dressed as the king of kings of Africa, as he continues to try to elude his pursuers through the back streets of Tripoli – of whether he did the right thing back in 2003 when Libya renounced building of a crude nuclear device and handed over his modest research and development effort to gain favour with the west. However, when he has finally faded away as a lonely exile in some out-of-the-way place, or is standing before the International Criminal Court or a courtroom in Tripoli, the rest of us are going to be able to sleep just a little better – unless events suddenly begin to mimic Tom Clancy’s horrific script. DM