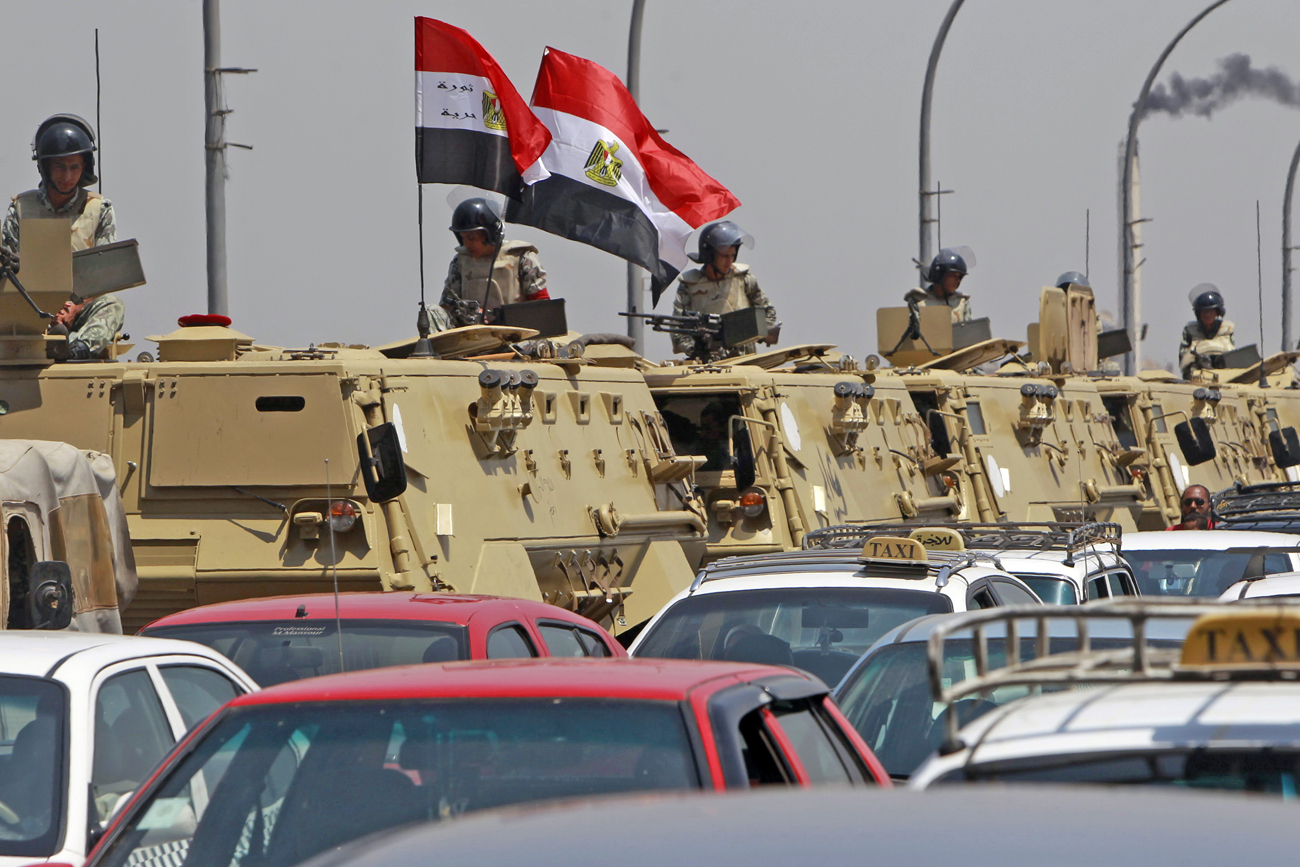 Much of the Western coverage of the Egyptian uprising centred on the potential pitfalls in ties between Egypt and Israel. Hosni Mubarak was a darling of the Israeli government. He had helped to secure the Sinai peninsula, secured gas deals well beneath market value and kept the squeeze on Hamas in Gaza. By KHADIJA PATEL.

Such was the esteem in which Mubarak was held in Tel Aviv that when he finally bowed out of office, speculation was rife that he would spend his remaining years in the patronage of the Israelis. Formally, Israel and Egypt have been at peace for years now. The military government that assumed power after the collapse of Mubarak’s regime were quick to assure the Americans and their Israeli neighbours that they would indeed uphold the peace treaty. The rest of the world heaved a sigh of relief, a potential war between two armies subsidised heavily by the Americans seemed to have been averted.

Formally at least Egypt and Israel enjoy friendly relations. Israeli tourists frequent the Red Sea resorts and Egyptians with more liberal sensibilities hop across the border to visit with their Israeli friends. The sentiment on the Egyptian street, however, always remained deeply antagonistic towards Israel and when Mubarak fell, one of the most vocal calls in the reform process was a review of relations with Israel. Those Egyptians who had thronged to public squares across the country earlier this year feel Israel benefits the most in its friendship with Egypt. In a post-revolution Egypt where antagonism towards the ruling military council is growing as well as frustration with the lack of palpable change, a fight with Israel is waiting to happen.

Revolutionary Egypt has not endeared itself to Israel by making good with Iran, opening the Rafah border and so easing  the isolation of Hamas in Gaza. Away from the corridors of power, the gas pipeline supplying Israel and Jordan with natural gas was sabotaged by unknown assailants.  Then a historic peace treaty between warring Palestinian factions, Hamas and Fatah was brokered in Egypt.  Soon, Egypt also looked to squeeze a few more pennies out of Israel by redrawing contracts for gas exports. The Egyptian government may well not have transformed yet, but it showed early on that it was no Mubarak. This is an Egypt with far greater self-esteem.

So on Thursday as Israel reeled from the attacks on the Red Sea resort of Eilat that left eight Israelis dead,  Israeli officers in a haze of speculation, shot and killed five Egyptians in a security sweep on the border. Egyptian feathers were immediately ruffled.

When Israeli defence minister Ehud Barak pointed to Egypt’s weak hold on Sinai to explain the attacks on Eilat, Egypt immediately demanded an apology. Israel contends gunmen reached the area by travelling from Gaza through Egyptian Sinai then across the border with Israel. Egypt in turn refutes this insisting that the security of the Sinai peninsula is none of Israel’s business. The Israeli Defence Force explained it had fired “toward the sources of fire” and had not aimed at Egyptian soldiers, but did not rule out the possibility that Egyptian soldiers were hit by IDF fire “because terrorists had fired from positions near those of the Egyptian army”.

Following the deaths of the officers, Egypt in an angry huff, threatened to recall its ambassador from Tel Aviv. Israel  after some prodding from the US relented and  issued a statement expressing its “regret” over the killing of the Egyptian soldiers. Egypt, not yet satisfied with Israeli regret, insists Tel Aviv issue an unequivocal apology instead, but for now the tensions seem to have cooled off.

On the Egyptian streets, however, the mood is quite different. Thousands of protesters gathered outside the Israeli embassy in Cairo on Saturday and after a day spent chanting against the Israelis, protesters broke through barricades. Eventually, early on Sunday morning a young Egyptian man scaled 13 floors of the apartment building housing the Israeli embassy in Cairo and took down the Israeli flag. He replaced it with an Egyptian flag, instantly propelling himself to the status of a national hero. The mood in Egypt was suddenly buoyant. People have been as happy as the night Mubarak stepped down. This then is revolutionary Egypt where Israel is certainly no friend of the people. DM