Australia edges ahead of SA in oldest fossil showdown 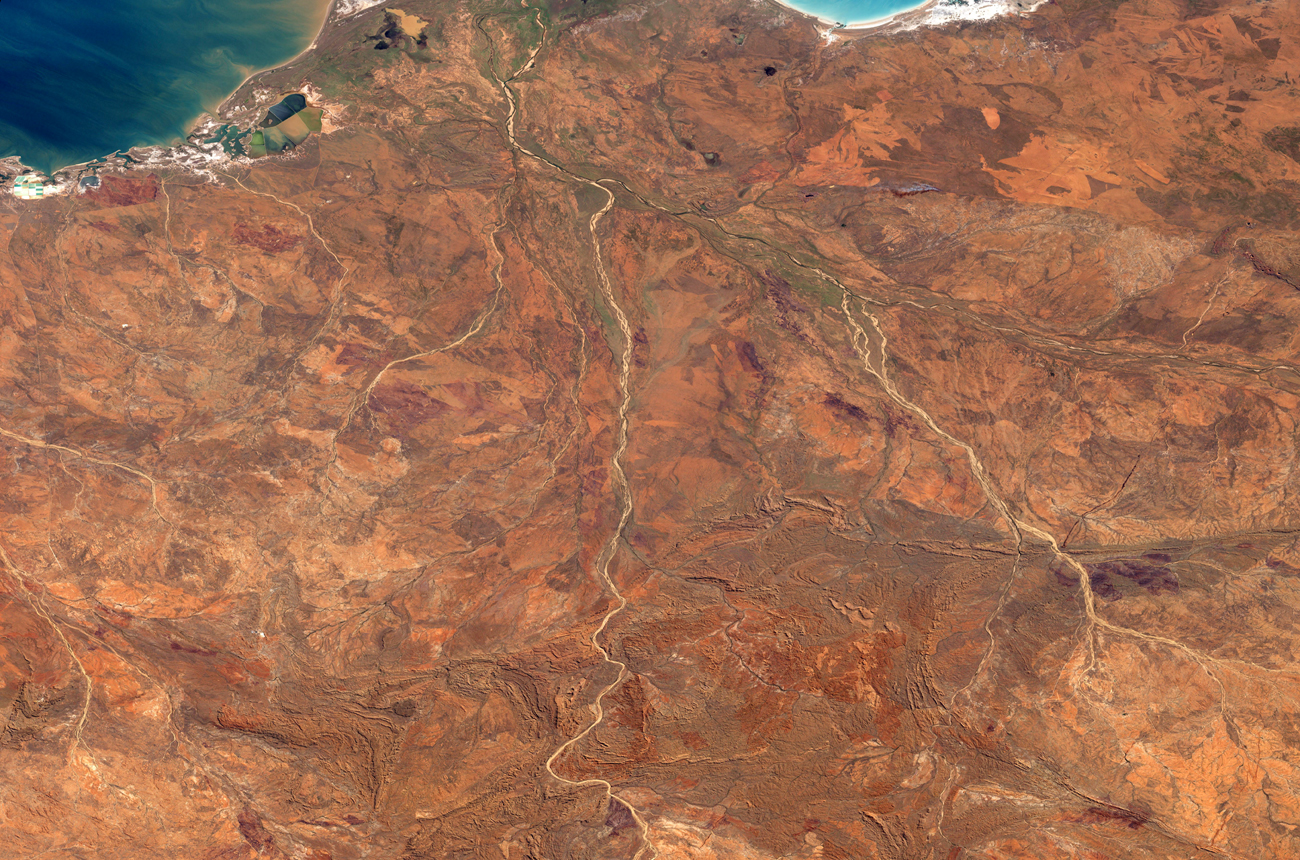 At 3.4 billion years old, these could be the most ancient fossils ever found. They were apparently microbes that ate sulphur, and they lived in a world where the moon orbited much closer and the oceans were the temperature of a warm bath. But is this latest find the end of the controversial battle between claimants to Earth’s oldest living organism? By KEVIN BLOOM.

Before the Late Heavy Bombardment theory gained widespread acceptance in the scientific community, it was generally assumed that until around 3.8 billion years ago the Earth was a mass of molten lava. The evidence for the prior hypothesis was based on the fact that the oldest rocks found by geologists all dated from this period, with different dating methods pointing to the same conclusion. Problem was, the calculations of the most esteemed scientists showed that the Earth’s crust should have solidified some 100 million years earlier, a divergence that couldn’t adequately be explained. Until, that is, the mid-1970s, when Fouad Tera, Dimitri Papanastassiou and Gerald Wasserburg noticed that the samples of lunar melt rock collected from the Apollo missions recorded an intense increase in the bombardment of the Moon around 3.9 billion years ago.

As it was on the Moon, so it was on Earth. Over a period that lasted between 20 million and 200 million years, the Earth’s crust was beaten to a pulp, with giant asteroids slamming into the surface at regular intervals. Oceans were heated to boiling point and bedrock was melted into lava, transforming and reshaping the planet’s original form. Conditions were so bad on the third rock from the Sun during the Late Heavy Bombardment that, scientists believe, no living organism could have survived them. The question as to how life emerged on Earth so soon after the LHB has become one of the great scientific mysteries of the modern era.

And it’s a mystery that may have just moved one step closer to being solved. As reported in Sunday’s issue of the journal Nature Geoscience, an Australian and British team have discovered what they believe to be the oldest fossils ever found – tiny sulphur-eating microbes that existed some 3.4 billion years ago. The fossils were unearthed in a sandstone outcrop in Western Australia, at a remote pool in what’s known as the region of Pilbara. It’s thought they can provide clues about what life is like – or may once have been like – on Mars.

Just as fascinating, though, is what the fossils say about what life was like on Earth back then. Notes the New York Times: “The sandstone, 3.4 billion years ago, was a beach on one of the few islands that had started to appear above the ocean’s surface. Conditions were very different from those of today. The moon orbited far closer to earth, raising huge tides. The atmosphere was full of methane, since plants had not yet evolved to provide oxygen, and greenhouse warming from the methane had heated the oceans to the temperature of a hot bath.

“It was in these conditions, the geologists believe, that organisms resembling today’s bacteria lived in the crevices between the pebbles on the beach. Examining thin slices of rock under the microscope, they have found structures that look like living cells, some in clusters that seem to show cell division.”

Last year, a similar scientific breakthrough was made when Emmanuelle Javaux of the University of Liege discovered microbial fossils in sediments dated at 3.2 billion years in South Africa. Up until then, according to Dr Martin Brasier of the University of Oxford, the evidence had suggested that “complex” life (as opposed to simple bacterial life, where the DNA floats free) evolved between 1.8 billion and 1.2 billion years ago. Was it possible, asked Brasier in a piece for BBC Focus, that the development of the complex cell occurred a lot further in the past than science had assumed?

“Not so fast,” Brasier cautioned. “It’s possible, but studying these tiny ancient fossils that have been buried in rock for so long is very challenging. When thinking about how to interpret findings, scientists use the null hypothesis. The null hypothesis is, quite simply, the most boring explanation. A boring explanation should be taken as correct unless proven otherwise. Remember that a boring explanation will always have a higher probability of being correct – that’s what makes it a boring explanation… In this case, the null hypothesis must be that the cells are bacterial. And the authors are rightly cautious in their interpretation. The spheres don’t show any features that would definitely indicate that they are eukaryotes – they don’t, for example, have the more complex architecture of cell wall that we would expect. Maybe the structures got degraded with time and gentle cooking of the rocks they are in? Perhaps. But that’s not enough. No doubt the authors will investigate further. But unless some other clear indicator turns up, we must assume that they are probably bacterial colonies.”

Interestingly, Brasier worked with the team, led by Dr David Wacey of the University of Western Australia, that found the sulphur-eating fossils in Pilbara. Brasier was also the man who discredited a find of Dr JW Schopf in 1993, arguing that the latter’s unearthing of a 3.465 billion-year-old fossil in Western Australia (close to where the latest discovery has been made) was inadmissible as the artifacts were mineral and not biological.

Still, despite the long-running battle between claimants to the world’s oldest microfossil and Brasier’s place within it, it appears that the Pilbara team may have taken glory. Wacey’s team of geologists, according to peers, have gone to extraordinary scientific lengths to prove that the structures they see are biological, and they have used an advanced new technique to analyse tiny spots within the cell walls. “The new evidence from our research points to earliest life being sulphur-based, living off and metabolising compounds containing sulphur rather than oxygen for energy and growth,” Wacey told the Guardian. DM