War on Terror: The African Front 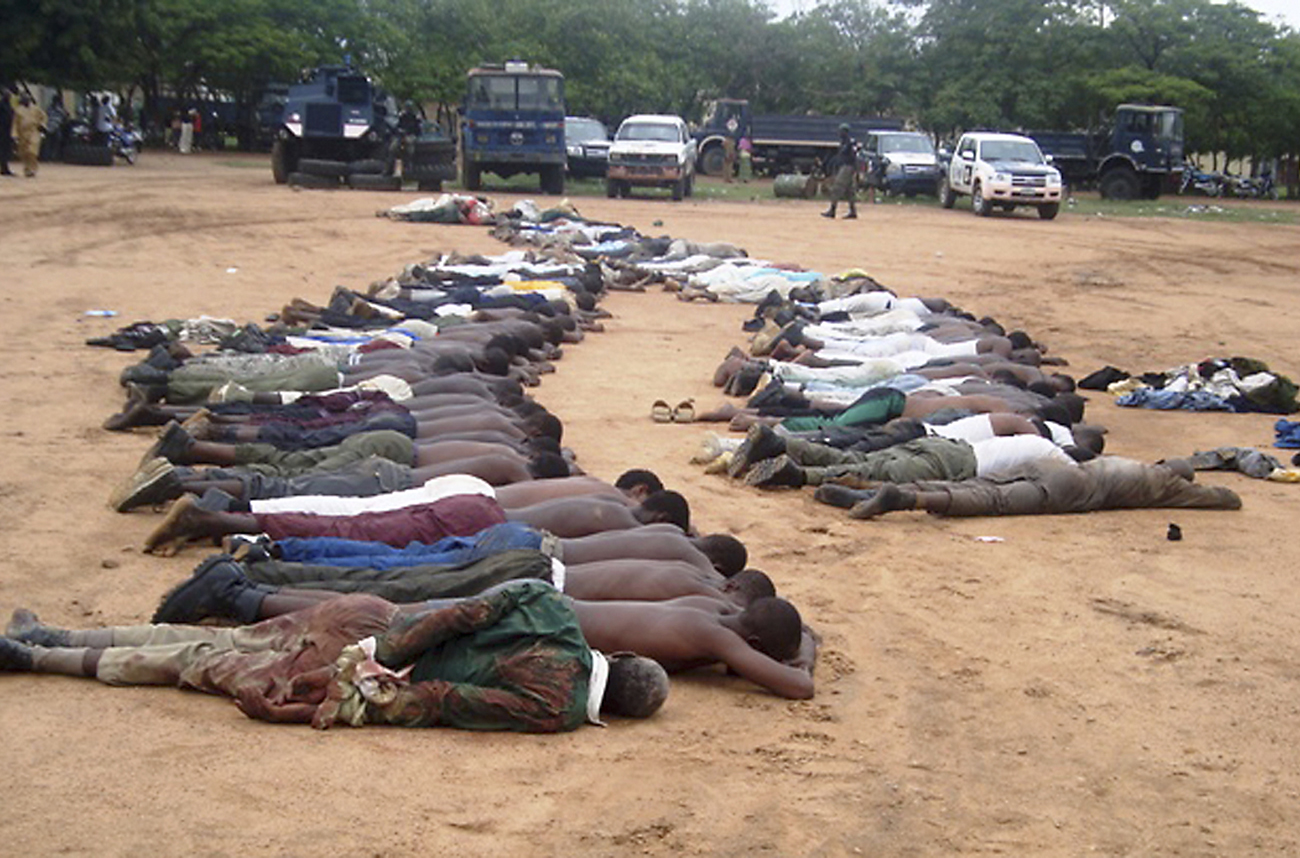 As the US talks up a three-pronged al-Qaeda offensive in Africa, there’s a mismatch between the rhetoric and the reality. The links between Boko Haram, Al-Shabaab and al-Qaeda in the Islamic Maghreb are tangential at best, and hardly surprising given that the violent Muslim extremist community internationally is a pretty small world. While the War on Terror rhetoric may be seductive, it won’t help us deal with these inherently local problems. By SIMON ALLISON.

The US general responsible for Africa led the charge on Wednesday. General Carter Ham, chief of the US Africa Command – yes, that’s the one based in Stuttgart, Germany, which is apparently close enough to Africa for the US to keep its fingers firmly on the pulse of the continent – told Associated Press what was keeping him awake at night. “What is most worrying at present is, at least in my view, a clearly stated intent by Boko Haram and by al-Qaeda in the Islamic Maghreb to coordinate and synchronise their efforts,” the general said. “I’m not so sure they’re able to do that just yet, but it’s clear to me they have the desire and intent to do that.”

Boko Haram is the Muslim extremist group currently causing violent chaos across northern Nigeria as it seeks to impose strict Sharia law in the country, while al-Qaeda in the Islamic Maghreb (AQIM) wants much the same thing across Algeria, Mali, Mauritania and Niger. Scared? It’s not over yet. General Ham went further, saying that a “loose” partnership would also include Al-Shabaab, which are – you guessed it – a bunch of violent Muslim extremists in Somalia. This partnership “would be the most dangerous thing to happen not only to the Africans, but to us as well,” said Ham.

This was followed up yesterday by a special report in The New York Times from its reporter in Maiduguri, the northern city at the centre of the recent upsurge in violence in Nigeria. The report claims Boko Haram “appears to be branching out and collaborating with al-Qaeda’s affiliates, alarming Western officials and analysts who had previously viewed the militants here as a largely isolated, if deadly, menace.” Despite his presence on the ground in Boko Haram’s heartland, the NYT reporter based his headline facts on conversations with unnamed analysts, who said Boko Haram leaders had received training in Mali from AQIM. Moreover, they added, al-Qaeda’s sticky fingers were all over Boko Haram’s recent technological innovations, which include conference calls with reporters and even a website. Al-Qaeda has websites, you see, so there must be links between it and any other Islamic groups with websites.

So this is the sum of the al-Qaeda menace in Africa –websites, conference calls, and a “loose” partnership at some unspecified point in the future, to some unspecified end. The truth is, grand talk of al-Qaeda conspiracies detract from the fact that Africa’s three largest Muslim extremist groups are dangerous enough in their own right.

Take AQIM. Born from the ashes of Algeria’s civil war, the group’s primary aim is to overthrow the secular Algerian government and impose an Islamic caliphate in its place. Its name is relatively new, known before 2007 as the Salafist Group for Preaching and Combat, which is decidedly less sexy, and much less scary. Incorporating al-Qaeda into its name didn’t suddenly turn it into an offshoot of al-Qaeda, but merely served a political purpose for both organisations.

Al-Qaeda, struggling to operate under intense pressure in Afghanistan, and knowing the western paranoia attached the mere mention of its name, made itself look immediately bigger and more dangerous. At the same time AQIM immediately became lot more significant in the region, and, therefore, influential than it was when the plain old Salafist preachers. It was a marketing exercise, plain and simple, and links between al-Qaeda and AQIM remain mostly superficial. AQIM has conducted a number of kidnappings and bombings in north Africa over the past years, most recently, the attack on a cafe in Marrakech which killed 17.

And then there’s Al-Shabaab. Al Shabaab is the de facto government of most of Somalia, including until recently, parts of the capital, Mogadishu. Its members are brutal rulers, implementing a Taliban-esque version of Sharia law without much in the way of mercy or compassion, and has attracted a lot of recent criticism for its refusal to allow aid into famine-affected areas under its control. Al-Shabaab’s links to al-Qaeda are well established, with Somalia providing a safe haven to top al-Qaeda figures and some Al-Shabaab leaders receiving training in Afghanistan at al-Qaeda camps. But as the Council on Foreign Relations puts it: “Experts say there are links between individual Al-Shabaab leaders and individual members of al-Qaeda, but any organisational linkage between the two groups is weak, if it exists at all.” Al-Shabaab was behind frequent attacks on Somali government and African Union forces in Somalia, as well as the vicious double suicide attack in Kampala during the World Cup final which killed dozens of Ugandans. This had less to do with furthering the cause of the global Islamic revolution than with the fact that Ugandans provide the majority of the AU troops in Somalia.

And finally, rounding out the trio of violent extremists, is Boko Haram. Boko Haram has been around for nearly a decade, but has really intensified its violent attacks against Nigerian government targets since the election of Goodluck Jonathan, a Christian and a southerner, as president. There are near-daily bombings and shootings across northern Nigeria, with much of the violence centred around the town of Maiduguri. The name translates roughly as “Western education is forbidden”, and its aim is to impose strict Sharia law across the whole of Nigeria. Reports that Boko Haram top brass have received training from AQIM aren’t all that far-fetched; after all, AQIM operates in Niger which is just across the border from Boko Haram’s northern base. Nonetheless, Boko Haram’s aims and targets remain distinctly local and it is vying for power in Nigeria rather than trying to create another front in the terror war.

Africa’s Muslim extremist groups are dangerous, there’s no doubt about that. AQIM, Al-Shabaab and Boko Haram use violence at will and pursue their political aims with brutal efficiency. We need to find a way to deal with them and to minimise their support, but lumping them in with al-Qaeda is more harmful than helpful by tying their activities to international terrorists, we ignore the roots of their grievances and popularity, which are inherently local and revolve around poverty, exclusion and greed. Each group is its own problem that needs to solved that way – something that just won’t happen if our leaders buy into America’s dangerous “War on Terror” rhetoric. DM

Photo: Members of an local Islamic group lie on the ground at a police station after their arrest in the northeastern city of Bauchi, July 25, 2009. Gun battles raged for days last week as the security forces fought to put down uprising by members of Boko Haram, a militant sect which wants sharia (Islamic law) imposed more widely in Nigeria. Picture taken July 25, 2009. REUTERS/Ardo Hazzad