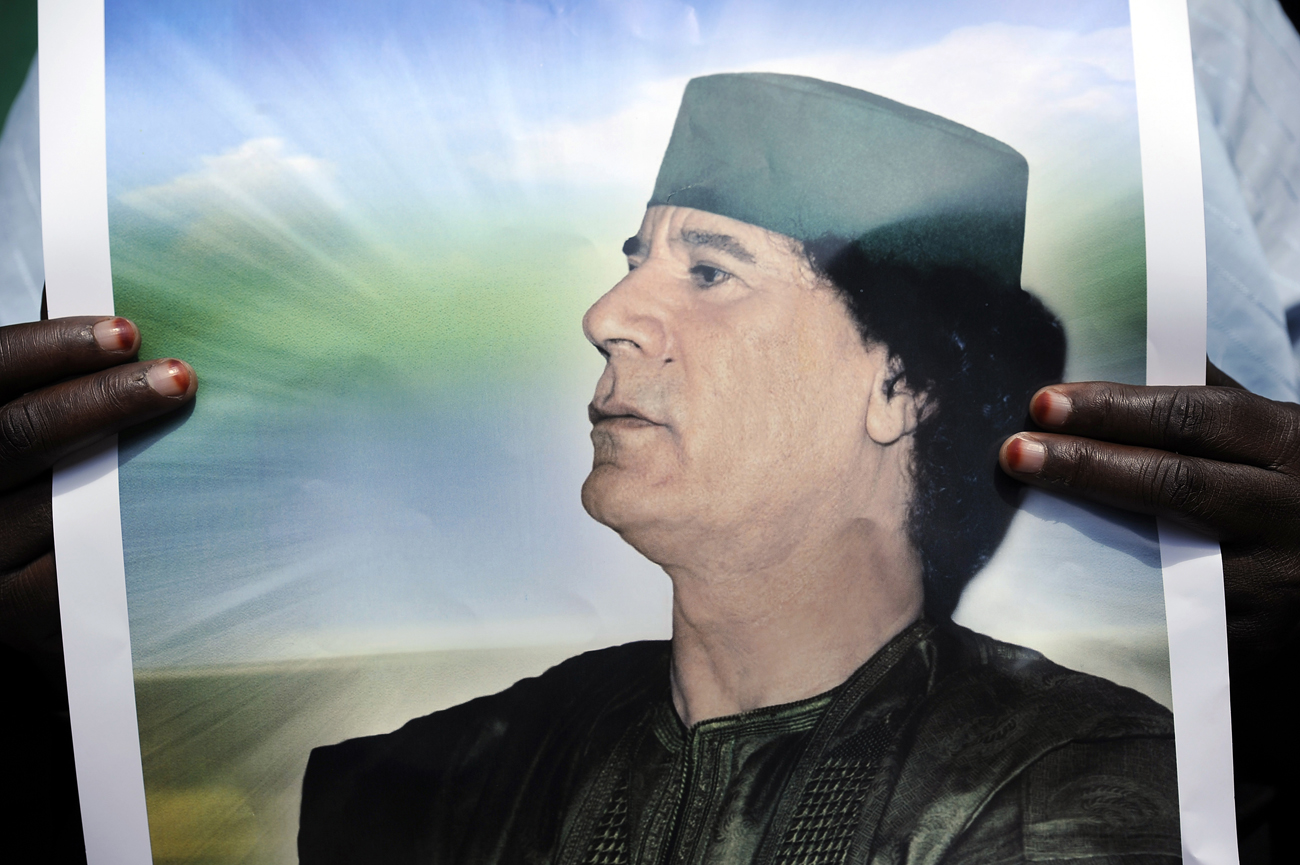 There are very few places where embattled Libyan leader Muammar Gaddafi could seek refuge. As he finds himself cornered in Tripoli unable to quell the wave of loyalists turning against him, South Africa seems marked to be Gaddafi’s next home. By KHADIJA PATEL.

Late Sunday night, Libya Free TV reported that two South African jets had been cleared to land in Tripoli, ready to ferry Gaddafi out of harm’s way and into the waiting arms of South Africa. Soon thereafter, Associated Press picked up the story fuelling expectation that what was deemed the “not very likely” was actually “about to happen”. It had not been a particularly bright weekend for Gaddafi. Rebel forces have wrested control of the coast both east and west of Tripoli placing them in the strongest position to challenge Gaddafi’s rule since the uprising began in March. There was enough reason to believe the South African jet report to be more than a rebel flight of fancy. While Gaddafi does not look likely to last more than a few more weeks at the helm of his regime, it is telling that in Libya at least, South Africa is said to be likeliest to welcome Gaddafi to safe ground.

Department of international relations and co-operation (Dirco) spokesman Clayson Monyela laughed off reports of any South African aircraft in Libya, insisting South Africa was not on a separate mission to affect a political outcome in Libya. The planes on the Tripoli tarmac have since been clarified to be two of Gaddafi’s own jets branded in African Union colours. It is the AU, Monyela asserts, that remains the only organisation mandated  to meddle further in Libya.

Still, during his Burundi visit last week, President Jacob Zuma was particularly scathing of Nato’s interpretation of the United Nations-vetted no-fly-zone over Libya. “We have found ourselves in a situation where the developed world has decided to intervene in Africa in a manner that was not agreed to when the UN resolution 1973… was passed,” Zuma said in a speech delivered to the Burundian parliament. Zuma reiterated the AU call for that oft-repeated pipedream, an “African solution”, and a need for a cessation of hostilities to facilitate dialogue between the warring factions in Libya.

“Libyan leader Muammar Gaddafi has agreed not to be part of the Libyan dialogue. What we need now is for the allies to allow the space for such a dialogue to take place. We urge African parliamentarians to work with us in promoting such African solutions… so that its voice can be heard on matters of conflict resolution on the continent, from Somalia to Libya,” Zuma said.

In July several non-English media reports announced that Gaddafi had indeed agreed to “leave Libya, provided his son Saif al-Islam is allowed to take part in future elections” and had chosen South Africa as his country of exile. Zuma’s May visit to Tripoli was billed officially as a negotiation for a cease-fire between the Libyan leader and warring rebel forces, but tongues wagged behind the scenes that Zuma had actually made the trip to offer Gaddafi a life in exile in South Africa. Zuma’s efforts in Libya were promptly scuppered by rebel forces that categorically refused to negotiate with Gaddafi, insisting he should step down first.

On Sunday, Gaddafi loyalists and representatives of the rebel movement are said to have met in Tunisia to discuss a possible resolution to six-month-old conflict, but officials in the Gaddafi government vociferously deny any such meeting. Monday then brought news of a high-level defection from the Gaddafi ranks. Libyan interior minister Nassr al-Mabrouk Abdullah, with nine members of his family, arrived in Cairo just before midday on Monday on a special flight from Tunisia and told Egyptian officials that he was “on a tourist visit”. Abdullah took over the Libyan interior ministry after his predecessor Abdul Fattah Younis joined the revolution against the government. Younis, who went on to take up arms against Gaddafi, becoming the rebels’ chief of army staff was killed by pro-Gaddafi forces on the frontlines in late July, but Abdullah’s defection is another stinging blow to Gaddafi. As the Colonel runs out of close aides it becomes increasingly likely that a diplomatic solution is set to be pursued more rigorously.

For now, the AU, officially at least, appears content to let the situation in Libya unravel by itself. But as the rebels and Gaddafi forces take their fight further along the road to the Libyan capital, it stands to reason that Gaddafi, stubborn brute though he is, will look to vacate before the mobs come after him. Although the likes of Venezuela and Bolivia claim to be happy to have him, Gaddafi will certainly look to cash in the many favours he’s done leaders across the African continent. Jacob Zuma was welcomed in Tripoli as a friend and the ANC government remembers well its old friends. Nelson Mandela, was once quoted as saying of the South African relationship with the Libyan leader: “Those who feel irritated by our friendship with President Gaddafi can go jump in the pool.”

Of course, it’s Gaddafi who now looks set to jump ship, but as rumours in Libya continue to circulate when – and not if – he will fall, Gaddafi took to Libyan state broadcasting to assure the Libyan people, “The coloniser and its agents can now only resort to lies.”  DM

Photo: A woman holds a poster of Libyan leader Muammar Gaddafi during a protest over the recent NATO air strike in Majar, in front of the Hungarian embassy in Tripoli August 11, 2011. EDITOR’S NOTE: PICTURE TAKEN ON A GUIDED GOVERNMENT TOUR. REUTERS/Paul Hackett.