A brief look: Will SlutWalks Work in South Africa? 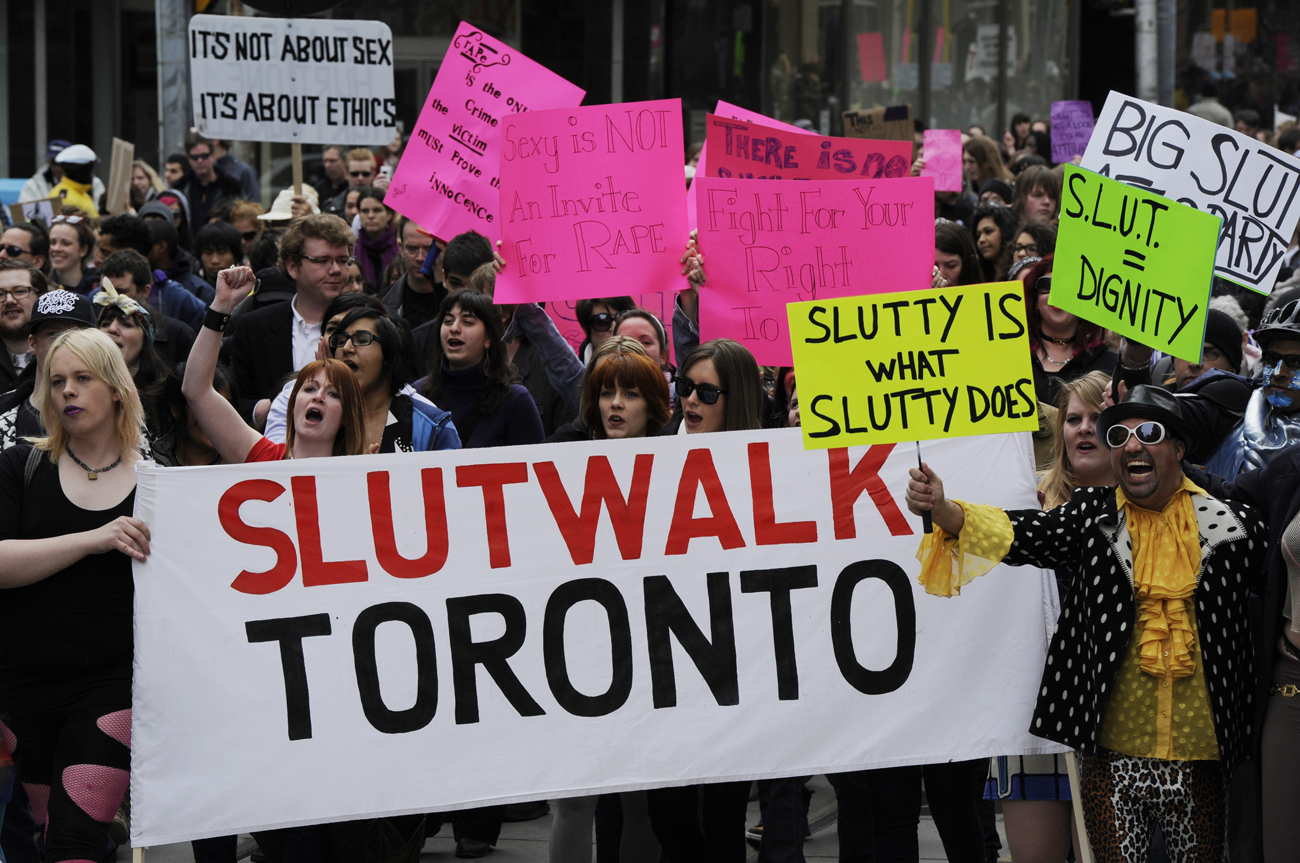 Thousands of Capetonians are expected to take to the streets of the CBD this Saturday to participate in the city’s ‘SlutWalk’, the first South African incarnation of a movement which has spread from Toronto to over 50 cities around the world. A SlutWalk is on its way to Johannesburg too, on 24th September. But the event is not without its critics – particularly those who say that the concept cannot translate meaningfully to a South African context. By REBECCA DAVIS.

The SlutWalks were the brainchild of two Canadians, Heather Jarvis and Sonya Barnett, who launched the event in April as a response to the comments of a Toronto policeman who informed a group of students that women “should avoid dressing like sluts in order not be victimised”. The remark stirred a great deal of anger among Canadian feminists for its suggestion that women bring their rape upon themselves by failing to dress in a sufficiently modest way, and the event has since been taken up globally.

Much of the controversy around the “SlutWalks” centres on their name. The idea behind it is the desire to reclaim the term “slut”, to turn it from a term of abuse levelled at sexually-active women into a celebration of a woman’s right to dress how she pleases and have sex as often as she chooses. It’s the same kind of project that gay rights advocates undertook to de-stigmatise the word “queer”. But as ‘Time’ pointed out last week, “not everyone wants to call herself a slut” – particularly women who have actually been victims of rape.

Critics of the South African events have questioned the relevance of a Toronto policeman’s opinions to this country’s epidemic of sexual violence. Others have simply misunderstood the project, as a quick peek at the Cape Town event’s Facebook wall will show – seeing it as a call for women to dress provocatively on the march, which is far from the original intention. A worrying number of (almost exclusively male) commentators have also expressed opinions which clearly illustrate the need for more extensive South African education on the causes of rape. “Do you fiddle with your iPod walking down the road?” one contributor asks, equating being reckless with your possessions in crime-ridden areas with a woman’s decision to wear revealing clothing. Views like this one are unlikely to be changed by a single march but, feminists would argue, it’s a start. DM

Photo: People take part in the “Slutwalk” protest in Toronto April 3, 2011. Protesters hit the streets to protest against rape and sexual crimes in response to a Toronto Police Const. Michael Sanguinetti quoted in saying “women should avoid dressing like sluts in order not to be victimized.” REUTERS/Mark Blinch.