A brief look: The far from random life of Paul Meier

A brief look: The far from random life of Paul Meier 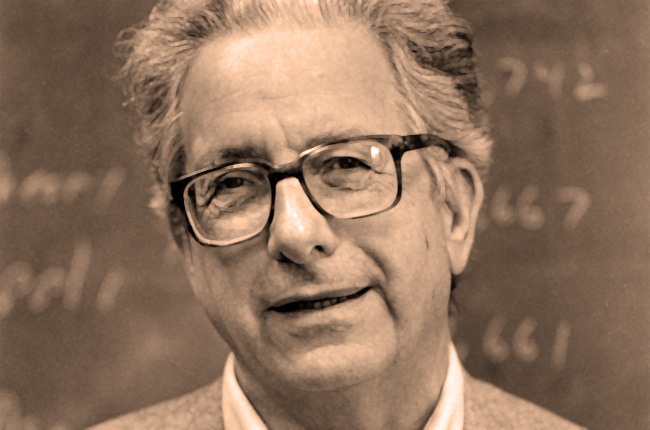 Biostatistician Paul Meier died at his home last week, aged 87. You might not have heard of him, but Meier's championing of the randomisation technique still influences how clinical trials are conducted today. By THERESA MALLINSON.

Meier was not the first person to advocate for randomisation of trial subjects, but one of the most outspoken. A randomised clinical trial is one in which the subjects are split into two groups (randomly, of course), with one being given a new treatment, and the other the standard treatment – or a placebo. This allows for the effects of the new treatment to be better measured, without selection bias becoming an issue.

In a 2004 interview in the Clinical Trials journal, Meier viewed his promotion of randomisation as his defining legacy. “For a fairly long time randomisation was not thought of so highly. I defended randomisation every chance I got… Two years ago a very distinguished statistician told me that I had a major influence on the Food and Drug Administration’s policies on RCTs. I don’t know how true that was, but if so, it would be something of which I am very proud.”

Richard Peto, a research biostatistician at Oxford, certainly thinks it is true. In an email to the New York Times, he wrote that Meier, “perhaps more than any other US statistician, was the one who influenced US drug regulatory agencies, and hence clinical researchers… to insist on the central importance of randomised evidence”. Peto maintains: “That strategic decision half a century ago has already saved millions of lives, and those millions should be attributed to Paul”.

The paper for which Meier is most well-known was co-written with Edward Kaplan, and is called “Nonparametric estimation from incomplete observations”. In layman’s terms, Kaplan and Meier were trying to solve the problem of estimating patients’ survival when some had participated in a trial for a shorter period than others. The statistical method they developed is called the Kaplan-Meier curve, and is still in wide use today.

As Theodore Karrison, a researcher at the University of Chicago who studied under Meier and later collaborated with him, told the New York Times: “If you have a patient with breast cancer receiving a particular treatment or drug, you can estimate her five, ten or 15-year survival rate. It has become the standard tool used by medical researchers for determining the duration of survival in thousands of studies…”

This paper has been cited a mammoth 35,000 times. While Meier is no longer with us, his work endures. DM