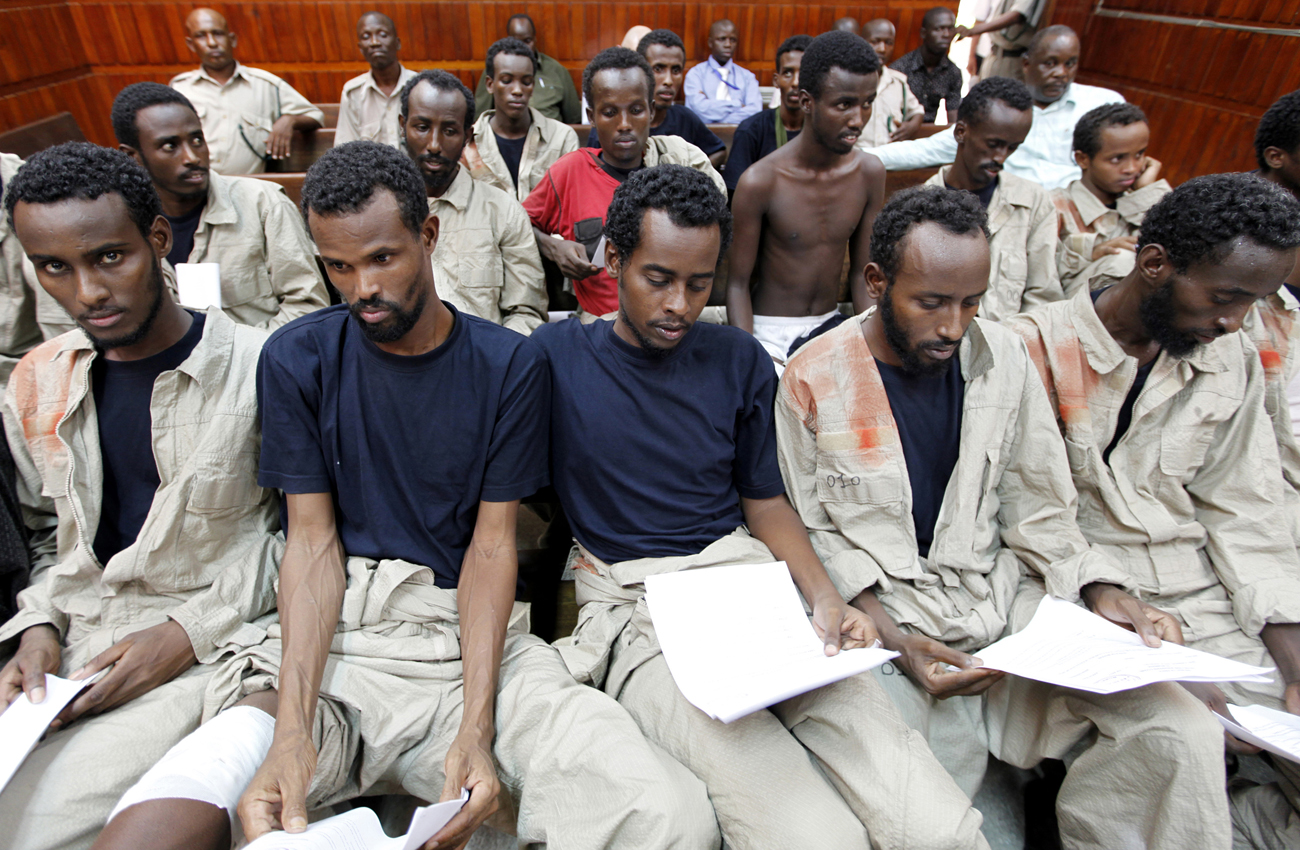 Despite a massive naval presence in the Gulf of Aden and last week’s successful prosecution of five pirates behind the hijacking of a South African yacht, piracy is one of the world’s few booming industries in this global economic downturn. Attacks have increased over 2010, and now copycats in West Africa pose a whole new threat to international shipping. By SIMON ALLISON.

The trial in the Netherlands was a foregone conclusion. Five Somali pirates, caught on board the South African yacht they were trying to hijack, were found guilty of assorted charges of piracy and kidnapping, and sentenced to a rather lenient four to seven years in prison, thanks to the centuries-old sea law on which Dutch prosecutors were forced to rely, their modern government having never had to legislate against a pirate threat.

The yacht in question, the SY Choizil, was making its way down the east African coast last year from Dar es Salaam to its home in Richards Bay with three South Africans on board – captain Peter Eldridge and his newly recruited crew, the couple Bruno Pelizarri and Deborah Calitz.

“We believed in the event of being attacked, we would be robbed and the pirates would leave us,” the captain is reported to have said later. Sure enough, they were approached by Somali pirates who wedged the yacht in between two motorboats and boarded the vessel. Captain Eldridge refused to leave the vessel, resisting attempts to get him to land, and he was still on the boat when it was rescued by a Dutch naval vessel 13 days later. Pelizarri and Calitz, however, were long gone by then, rumoured to be held by Al-Shabab-linked pirates (a rather rare breed, as pirates go) in Mogadishu. They’re still there nine months later. An appeal from their families is being circulated in Somali media today [Monday]: “We ask the pirates holding them, al-Shabab and all Somalia to show humanity,” it reads. “Release our family from this emotional famine that has been imposed on us.” The pirates are holding out for a ransom, one they’re unlikely to get from the couple’s family, who are in no position to raise the hundreds of thousands of dollars often demanded.

Piracy in Somalia is a prevalent and lucrative phenomenon. Like so many things, it has its origins in poverty and exclusion, with angry local fishermen hijacking international commercial fishing boats to make up for lost income. But the industry – and it is undoubtedly an industry, with its own stock exchange and strict, albeit informal, regulations – has taken on a life of its own over the last few years as Somalia has imploded. With an economy devoid of jobs and prospects, many young men have taken to international waters to seek their fortune. And many of them have found it. One successful raid can net a pirate nearly R300,000 and more for the organisers of the raids. It’s increasingly difficult to find socio-economic justifications for the pirate raids, which increasingly resemble cash-in-transit heists rather than Robin Hood-style redistribution. The money is generally spent on cars, drugs and houses, with property prices in some Kenyan towns on the Somali border soaring thanks to the injection of cash from successful pirates who want a safe investment.

Even more disturbing are the reports emerging of copycat pirate attacks on the other side of the continent, with somewhere between 15 and 23 attacks reported in the first half of the year, according to the International Maritime Bureau. These have been centred in the Gulf of Guinea, off the coasts of Nigeria and Benin and have analysts very concerned. Insurers Lloyd’s Market Association this month listed the Gulf of Guinea in the same risk category as Somalia. Although it’s thought the West African pirates were inspired by their Somali counterparts, the piracy there has a slightly different character, with pirates unlikely to hold on to ships for too long, preferring instead to steal the contents (including syphoning fuel into smaller tankers) and kidnapping crew for ransom. The Somali model usually involves holding the ship itself to ransom, along with the crew and is only possible thanks to the almost complete lack of government enforcement.

West African piracy is likely to hit Nigeria and Benin hard. Nigeria’s Port of Lagos is one of the busiest in Africa, while Benin’s government receives an astonishing 40% of its revenue from its ports. There’s reason for South Africa to be concerned too; if both sides of the continent pose serious threats to shipping, the cost of shipping to and from the country might skyrocket due to increased insurance premiums, which would increase the price of all imported goods and make it a lot harder to export anything.

And with the international community unlikely to finance a second anti-piracy mission in Africa, west Africa will have to find a way to deal with the problem on its own. Until it does so, ship captains might want to invest in a few muskets and cutlasses or, at the very least, some decent ransom insurance. DM

Photo: Suspected Somali pirates follow proceedings inside the Law Courts in the Kenyan coastal city of Mombasa, June 20, 2011. 24 suspected pirates were handed over to the Kenyan police after the Danish Navy arrested them following a shoot-out that saw some of the suspected pirates killed on May 12, 2011 for hijacking MV Ariya and holding its crew hostage while armed with assault weapons. REUTERS/Joseph Okanga