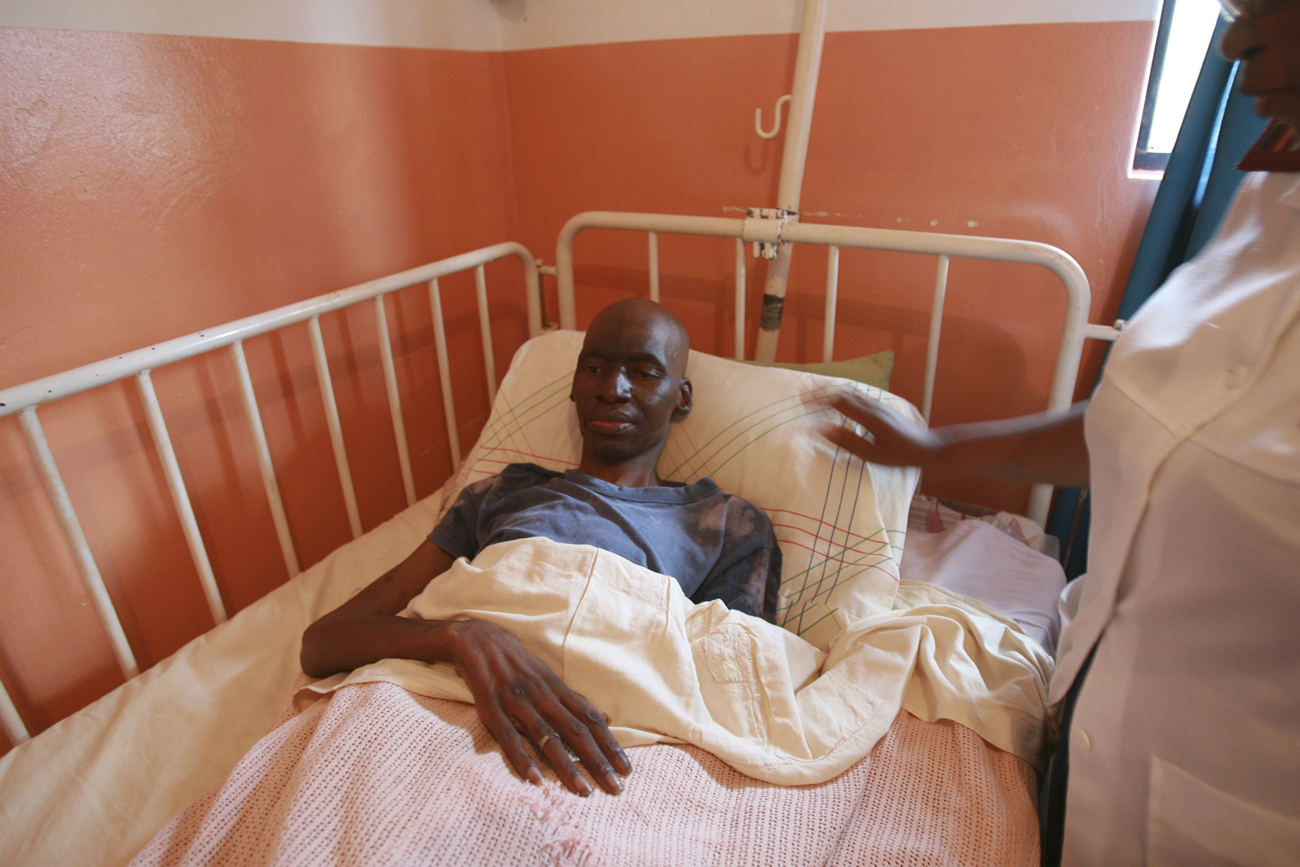 The health department has given journalists embargoed preview copies of the long-awaited National Health Insurance policy green paper, which will be published in the Government Gazette on Friday, when civilians can read it too. CARIEN DU PLESSIS takes a sneak peek on our future healthcare.

The day started early (or that’s how journos perceive 08:00) and rather disappointingly with what seemed like an endless briefing on the 16th floor of their Pretoria headquarters by health department officials in the department’s “war room” – a rather ordinary-looking, medium-sized rectangular office with three large, widescreen computer screens, where much of the work on the National Health Insurance happens.

The new database on provisions to and the state of clinics, hospitals and private practices, including details on the state of roads and population densities, which should later also be accessible to the public, was truly impressive, but the story we came for only happened at the next briefing, the fortnightly press conference following scheduled cabinet meetings in the government information and communication systems building two blocks away.

Before the early briefing, government spokesman Jimmy Manyi explained the department was kindly providing us the document on Thursday, the day before the Government Gazette is published, for the sake of “transparency”.

It’s a smart way of keeping control of a story, because the document might have leaked anyway before then.

The policy paper, simply entitled “National Health Insurance in South Africa” contains a chapter on the cost, lower than estimated before, but still a whopping figure (Reuters quoted a government source as saying the NHI will require R125 billion by next year, when pilot projects will start in 10 regions (national treasury will give a conditional grant for this in the 2012/13 budget in February, but we don’t know how much yet but it means no extra taxes, yet), and R214 billion by 2020. We’ll know tomorrow if they’re right.

At the postcabinet briefing, health minister Aaron Motsoaledi was reassuringly flanked by finance minister Pravin Gordhan. They couldn’t answer all of our questions (and this info isn’t in the green paper either, sorry to say), among which were how much extra we’ll be taxed for it, how much (or little) you have to earn to start paying tax on it (what we know for sure is that nobody with a large enough income will be able to “opt out” of contributing), or how much exactly all of this will cost (the figures in the report are only guidelines, Motsoaledi said – they will depend on the outcome of the audits his department is doing with the help of its fancy database).

Gordhan said the plan is for the funds to come from the fiscus (tax money), mandatory funding from employers (bosses already contribute towards medical aid schemes anyway), user charges from individuals (healthcare won’t be totally gratis it seems) and public private partnerships will be used for the building of hospitals and facilities.

It is also about using money more effectively. “There is money in the system, but it will have to be worked out,” Gordhan said. “It is not just about adding on money, but asking tough questions and getting the best value for our money and outcomes”.

The department could, for instance, look at buying X-ray machines for hospitals across the country at some discount, rather than provinces buying these separately at full price. National treasury would also look at rationalising the Road Accident Fund, the Workman’s Compensation Fund and the NHI to ensure that people aren’t “double-dipping”.

Motsoaledi said the country’s already spending R2700 a person on public healthcare, and what with spending 8% of our GDP on our healthcare (above the World Health Organisation’s recommended 5%), we’re still not doing great. We’re going the way of America, which is spending more and more on its healthcare, but where the outcomes are even poorer and the political implications dire (Motsoaledi is saying capitalism obviously doesn’t work so well for healthcare).

What we do know is that the NHI will be for everyone, rich and poor, but it would not take away the option for people to still choose private healthcare, or for doctors and practitioners to still practise privately (if they want to be contracted by the NHI, they have to comply with departmental standards and not be too expensive).

The NHI will offer all South Africans and legal residents “access to a defined package of comprehensive health services”, but it will exclude stuff like cosmetic surgery, including Botox (sorry, Helen), liposuction and face-lifts (the minister said nothing about boob jobs, but presumably many boob jobs are cosmetic too), expensive dental procedures to make you prettier, expensive “eye-care devices like trendy spectacle frames”, medicines not on the National Essential Drug List (except when the “complementary list” has been approved by the minister – presumably no homeopathic medicines and herbs, then), and “diagnostic procedures outside the approved guidelines and protocols as advised by expert groups”  (we’re still trying to think of examples – sangomas and kineseologists, perhaps?).
The NHI will not destroy the private sector, Motsoaledi said, but rather make it more sustainable by making it levy reasonable fees. The idea is that public and private healthcare facilities exist in harmony, side by side.

When it came to the ideals, Motsoaledi said it beautifully. “The NHI is one very meaningful way to reach across the wealth gap and to recognise our common humanity as South Africans. We all bleed, we all experience pain, we all need decent healthcare,” he said.

He also reminded those rich people who might baulk at having to pay extra (perhaps even on top of their medical aid scheme contributions) that the NHI goes “ beyond the field of healthcare” – reducing the gap between rich and poor is also about creating stability and a better well-being for our nation.

The public will be given an opportunity to contribute to the green paper for the next three months or so, after which the policy document would be processed and a White Paper will be finalised.

The ANC on Thursday welcomed the green paper, as has the SACP, but Cosatu is aggrieved that private healthcare sector has been given a space in the NHI at all, that it can choose whether to contract with the state or not and that people will be able to keep their medical scheme cover.  DM