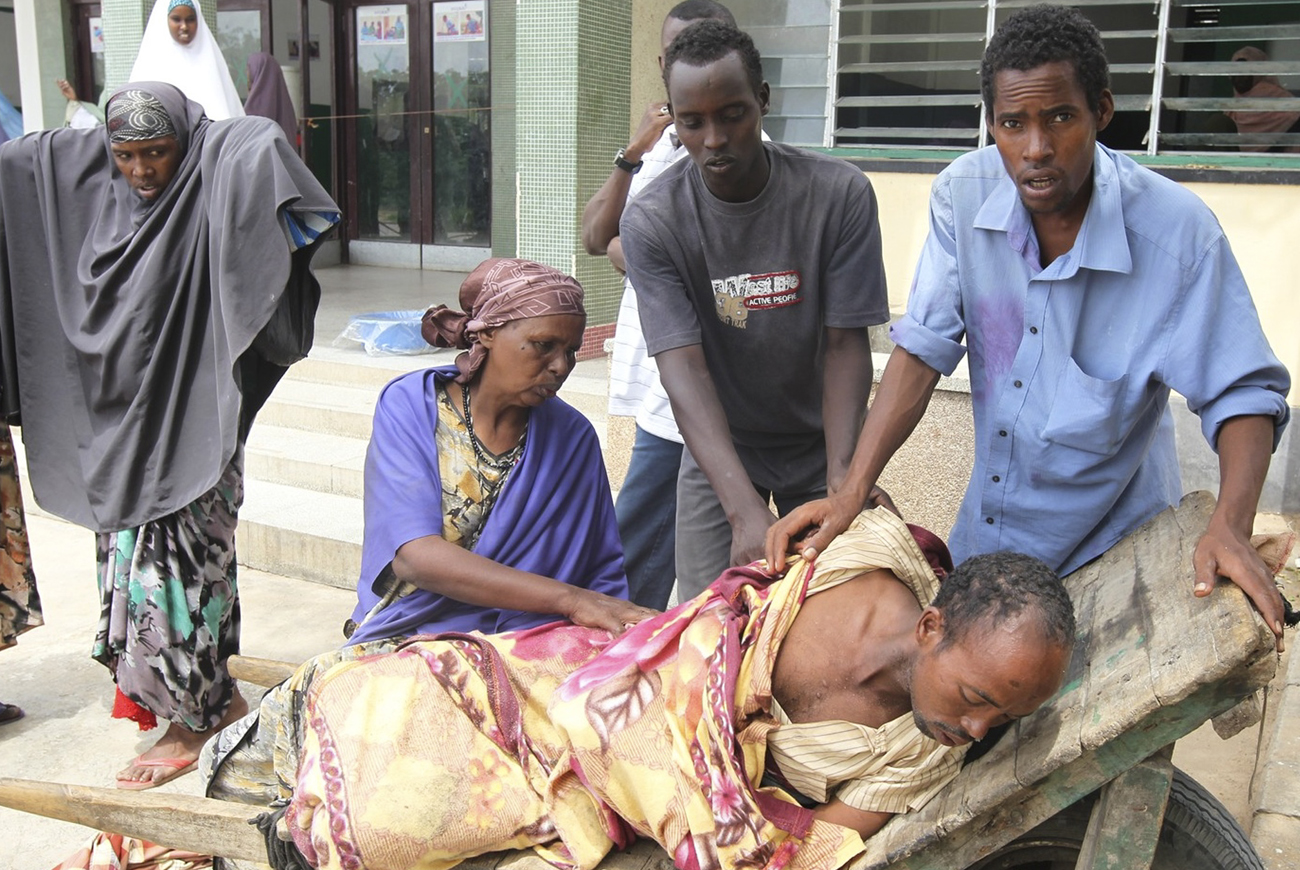 First it was R1 million, then it was R4 million. Now it’s R8 million. South Africa has all the looks of concern for Somalia, significantly plumping up the government’s pledge of aid to the drought-ravaged country. By KHADIJA PATEL.

The Gift of the Givers returned from its relief mission in Somalia to the applause of the department of international relations and cooperation (Dirco). Marius Fransman, deputy head of Dirco lauded the efforts of the South African aid agency in the Horn of Africa. Addressing Imtiaaz Sooliman, founder of Gift of the Givers, Fransman said, “You have made South Africans proud as you carried the pride of our nation, the South African flag, sky high in the world of international humanitarian work.”

After congratulating Gift of the Givers for its spirit of Ubuntu, in a  flourish of Ubuntu of its own, Dirco announced that the South African government has now committed R8 million to relief efforts in the Horn of Africa – doubling up on its commitment of R4 million last week.

As various, contradictory amounts alleged to be the government’s official relief contribution circulate, the latest escalation in the government’s response to the famine in Somalia comes only two weeks before the African Union meets at a high-level donor conference around a more urgent response to the famine. Dirco spokesman, Clayson Monyela confirmed the latest escalation in the government’s official contribution to relief efforts is not set to be its last. “We continue to receive more pledges and contributions. Eight-million is where we are currently (at),” said Monyela. The South African government’s earlier response has come under fierce criticism for being too slow and too indecisive.

Briefing Parliament today, Sooliman himself lambasted both the government and the African Union for their sluggish response to the famine. “Government’s response is slow. The AU is slow. (There are) too many meetings and conferences. For every day we are wasting, children are dying!” Sooliman said. The outlook is increasingly bleak. The South African government has predicted further famine areas are to be imminently declared in Ethiopia, Eritrea and parts of Kenya, making the pressure on the AU states to act with greater generosity set to increase.

While South Africa continues to underscore the need for a political plan to restore stability to Somalia and thus ease the relief efforts to the abjectly failed state, will country will not be unaffected by the famine. Already home to a burgeoning Somali refugee community, South Africa may have to brace for an influx of refugees escaping the drought. Iqbal Jhazbhay, a Unisa academic and the author of “Somaliland: An African Struggle for Nationhood and International Recognition” spoke to Daily Maverick after addressing the Dirco parliamentary briefing stressed that in times of strife Somalis in the southern part of the country move towards refugee camps like Dadaab in north-eastern Kenya and from there attempt to reconnect with members of their families elsewhere in Africa.

Jhazbhay says the largest Somali population in the “diaspora” is currently in Britain. Owing to their entrepreneurial success, the sizeable Somali refugee population in South Africa is currently a source of  large remittances back to Somalia.

Sooliman spoke of an “air of trust” with which South Africans are received in Somalia. Perceived to have no sinister agenda in affecting outcomes in the country, Gift of the Givers, was received with more deference than other international aid agencies. This sense of trust, Jhazbhay believes, “leaves South Africa with no choice but to engage in a more sustained way” in Somalia.  “Few African states have focussed on Somalia’s situation as has South Africa,” says Jhazbhay. But he emphasises the country “has no choice but to facilitate peace in southern Somalia”.

For now though peace in Somalia is a pipedream. South Africa’s most urgent duty towards the embattled country is emergency aid. Of the R8 million the government has pledged, R4 million is meant to foot Gift of the Givers’ transport bills, while the balance is set to be thrown down a murky hole defined as “other organisations that will be undertaking such relief programmes in Somalia”. DM

Photo: A handout picture taken July 26, 2011 and made available to Reuters on August 8, 2011, shows a Somali man brought to the Banadir hospital in southern Mogadishu. REUTERS/IHH Humanitarian Relief Foundation/Handout.