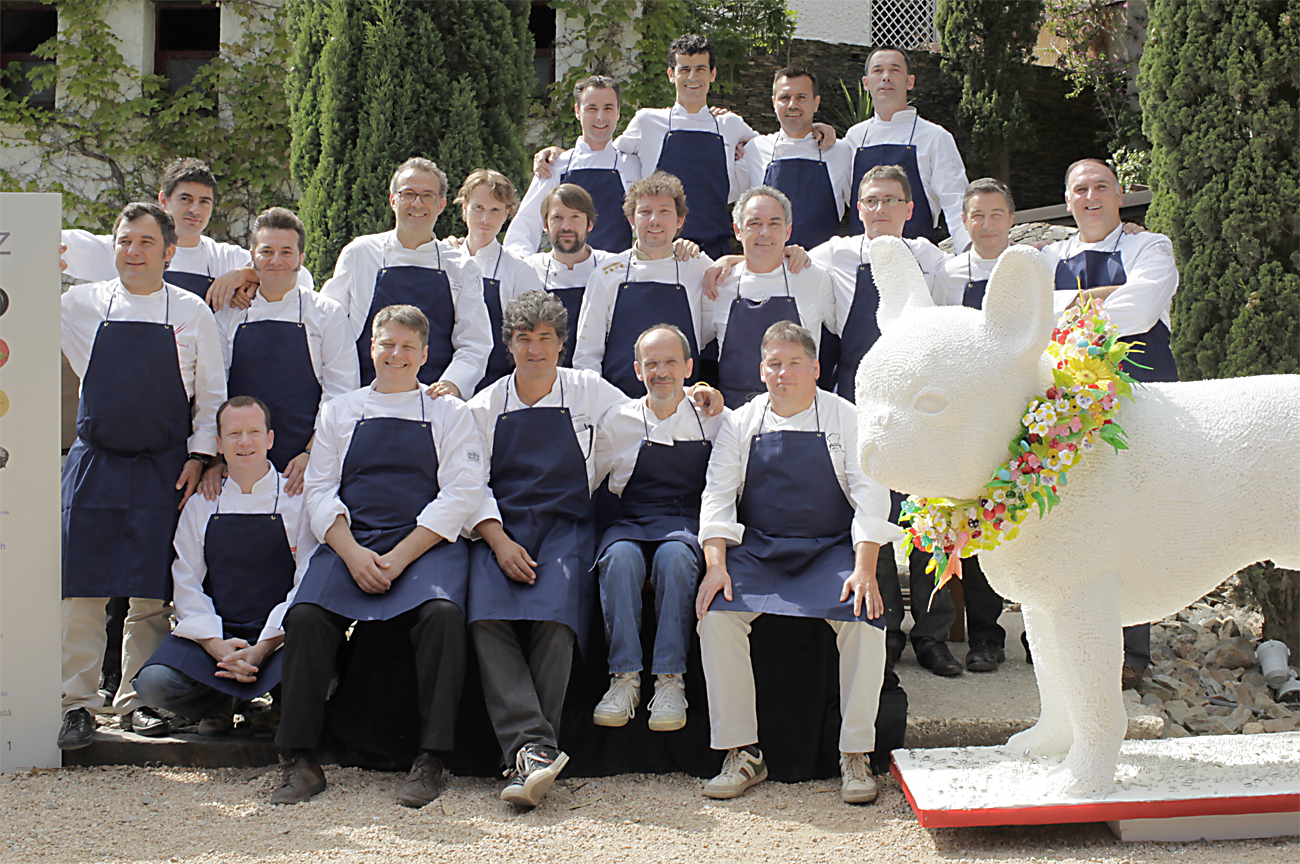 Only about a hundred restaurants around the world have three Michelin stars. El Bulli is one of them, and is arguably the best, if not the most influential. If you haven’t eaten there yet, your chance is over. The restaurant defined by the absolute brilliance of culinary genius Ferran Adrià, is no more. By MANDY DE WAAL.

Ever put your tongue on a 9-volt battery? That’s what it’s like eating a yellow flower bud called a Sichuan button. First there’s a mild buzzing response and your tongue starts to tingle, intensely. Soon afterwards your mouth loses sensation, starts to salivate and is flooded by a feeling of freshness.

A flowering herb often used to numb toothache, these “electric buttons” are the kind of ingredient used by culinary genius Ferran Adrià at his legendary El Bulli restaurant, which sat for its final meal on the last Saturday of July 2011.

The Michelin three-star restaurant which opened for six months of the year had 3 million booking requests in 2010. But only 7,000 fortunate epicures got the opportunity to travel to Catalonia in Spain where science and imagination created the art of fine dining unmatched by anything in the world. In an unassuming white building perched high above the azure blue of Cala Montjoi, Adrià became an alchemist whose gastronomic brilliance was such that it would make Anthony Bourdain weep with joy.

Many people associate Adrià with molecular gastronomy, but the man who created the world’s most influential restaurant is more of a deconstructionist who fused science with art. “Could something soulful, beautiful and delicious be produced under laboratory conditions?” asked Bourdain when he saw Adrià in action for the first time.

“Before I met Ferran Adrià I dismissed him publicly as ‘the foam dude’. I privately hoped he’d take his weird science approach to cooking and fade away,” Bourdain said. During a pilgrimage that took Bourdain from Adrià’s Barcelona laboratory to the remotest part of Spain, the US chef would more than eat his words. The experience would be so profound Bourdain would anoint Adrià as a “spiritual leader”.

Bourdain ate at El Bulli for the first time in 2001 after being invited there by Adrià. This despite the disparaging comments the American author of “Kitchen Confidential” made about the man considered to be one of the best chefs in the world. “He agreed to throw his life, his restaurant, his workshop and creative process open to our cameras,” Bourdain said of “Decoding Ferran Adrià”, the documentary of his journey.

Watching Bourdain’s voyage into the mind, textures and tastes that were El Bulli, you witness a man falling in love. Viewing Adrià’s genius and generosity in “Decoding Ferran Adrià” it is easy to understand why. Adrià is a god in whose hands food becomes the means for creating new sensorial experiences on the palates and synapses of jaded foodies. The result is amazement, confusion, astonishment, but always awe.

“If you want new emotions, and really big emotions, you need new techniques,” Adrià told Bourdain as they sat at El Bulli 10 years ago.  A humbled Bourdain could only agree. “These are smart and useful techniques. Not just a pose or technique for technique’s sake,” the devotee said. “Ferran elicits surprise and wonder with honest innovation and process. What he does is a direct challenge to the perceived wisdom of centuries of classical cooking.”

When news broke that El Bulli restaurant would be closing its doors after 40 years in business the world beseeched Adrià to let them in for a last supper. Again Bourdain would experience Adrià’s bigheartedness and be invited to return to El Bulli.

But this time he’d have to don his chef’s whites to work the line and help conjure magic one last time. “You see the look on my face?” Bourdain said as he prepared to stand shoulder-to-shoulder with Adrià. “This is the look of sheer terror.”

And rightly so. El Bulli was named the world’s best five times in the last decade by Restaurant magazine. Sadly the restaurant has run at a loss since 2000. “El Bulli has become a monster that had to be tamed and transformed,” Adrià told Reuters and the throng of journalists who came to hear him talk about the restaurant’s closure.

“I’m not a multimillionaire, but I don’t have to work anymore, and I knew that it was time to take a break and then do something different,” he told the New York Times. “Some of what I’ve been doing was for business reasons, but El Bulli itself has never been about making money, because if it had been, I could have charged €1,000 and we would still have been full,” he said. Instead El Bulli charged €285 for a set menu that could take five hours to appreciate and included dishes like “Olive Surprise”.

William Hasseltine, writing for The Atlantic, describes “Olive Surprise”: “Each is served on a small spoon with a tiny handle. They have the appearance of smooth light-green olives, but are not. The tight thin, but resilient skin surrounds a smooth liquid cream of olive essence that explodes in the mouth. The oil and bite of an olive is reproduced and enhanced. This is olive carried to a heavenly sphere, an olive re-imagined.”

Perusing the El Bulli philosophy on the restaurant’s website, one gets a sense of the extraordinary intelligence that created this culinary phenomenon. The departure point for this thinking reads: “Cooking is a language through which all the following properties may be expressed: harmony, creativity, happiness, beauty, poetry, complexity, magic, humour, provocation and culture.”

For those tasting the fear that Adrià’s uncommon wisdom will be lost to this world, there’s a sweet ending to this story. The restaurant’s gone, but the El Bulli Foundation is set to open in 2014 as a “gastronomic think tank” that will continue to inspire and invent, albeit without the Michelin stars that Adrià has now tired of competing for.

Young people will have the opportunity to compete for scholarships at El Bulli Foundation while a fortunate few will be invited to be reborn, just like Anthony Bourdain who, when he stepped out of Adrià’s kitchen in July, said: “Many young people like me – we came to elBulli without a spirit, and we left with a soul.” DM