Nationalisation: Imperialists strike back, using weapons of reason and numbers 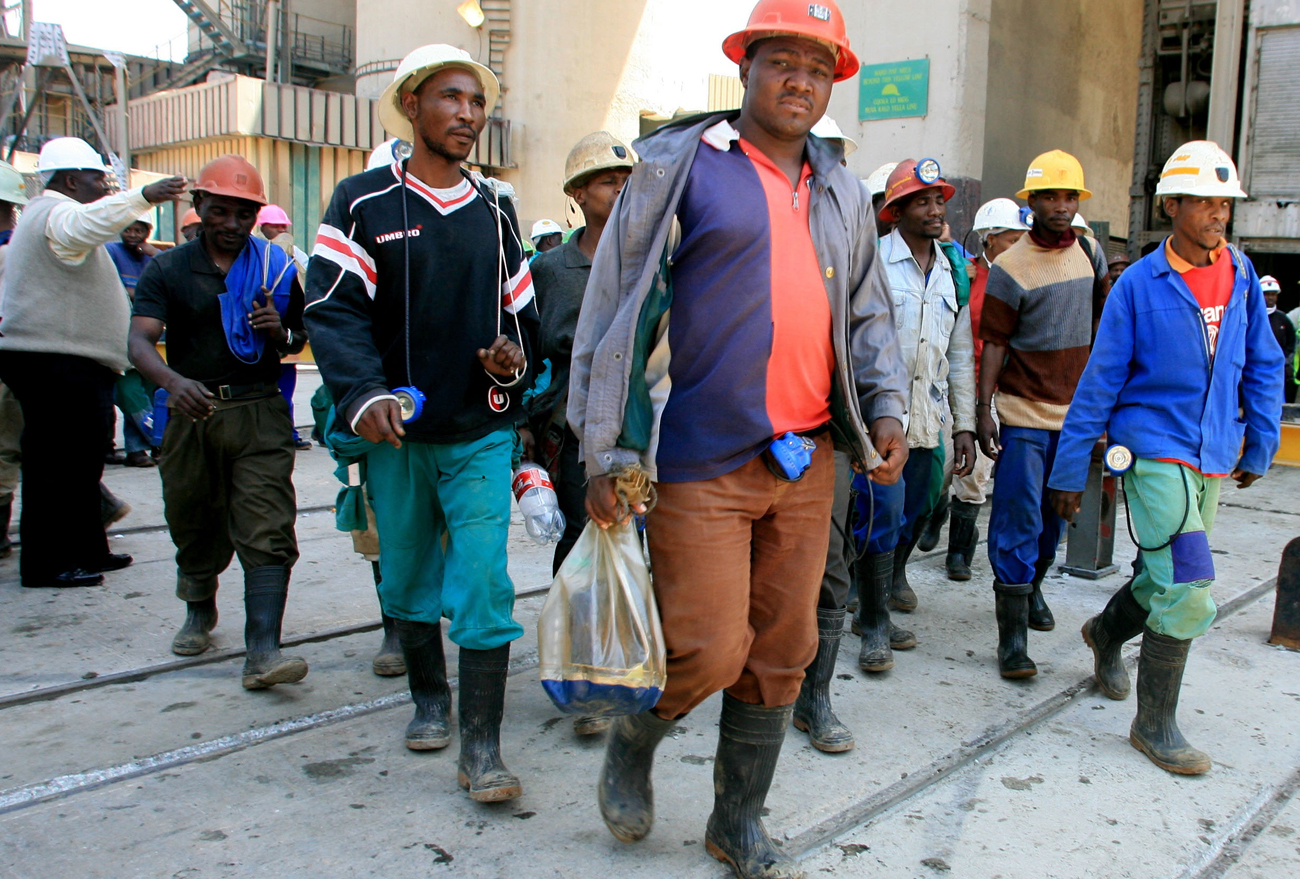 Sometimes South African capitalists’ hearts sing. It’s not often, and so when they get a chance, they sing loud and clear. If you’re a believer in a big state, mine nationalisation and socialism generally, you wouldn’t have enjoyed most of the South African Chamber of Commerce and Industry’s Thursday's public debate on nationalisation. Cosatu was there to provide diversity, but everyone else was most firmly against it. And their arguments were cocked, locked and ready to rock. By STEPHEN GROOTES.

Oh, it’s such a privilege to hear facts and figures in a South African political argument. We miss them. But the capitalists, filthy economist-type chaps that they are, brought them in spades, bucket loads and coal carriages. We’ll start at the beginning, because Frans Cronje from the South African Institute of Race Relations did such a good job of setting the scene.

It’s simple really. If you’re black and between 25 and 34, you have a 50% chance of working. In your life. Ever. And, we loved this bit, if you look at the number of people who actually voted for various parties from 1994, you can see a massive trend. It’s something we touched on before, but basically, people aren’t voting. There’s an increasingly overwhelming economic and political vacuum. The lack of jobs, of a stake in the economy means people are less likely to participate in anything, including voting. And for those who fought so hard for that elemental human right, that’s a scary thing. As Cronje put it, “These two vacuums lead to radicalism”, which frames the debate simply: Our economy is not working.

Krister van Rensburg was next. He’s the deputy general secretary of Fedusa. That’s the non-politically aligned professionals union. He let slip a wonderful titbit. We all know that the ANC has a task team examining nationalisation. He’s one of the few people who actually has a vague idea of how they’re getting on. He says, while he hasn’t seen details, “I’m hugely impressed with the scope of the study, they have loads of case studies, there are many factors they are taking into account”. Hmm. It looks like President Jacob Zuma and ANC secretary general Gwede Mantashe gained some ground with that kick for touch then. You may remember their way of defusing this debate at the ANC’s national general council last year was to set up this team to “investigate” the issue.

Roger Baxter from the Chamber of Mines had more facts, and a fantastic soundbite. “Nationalisation is killing the goose that lays the platinum egg”. In the soundbite war that’s officially “your move, Julius”. We will list his reasons for opposing nationalisation carefully, because they’re all important, and they’ve all been missed by the ANC Youth League.

Foreign shareholders currently only get around 3% of the value that mines produce. In other words, the League’s claim that our mineral wealth is leaving the country is bollocks. Fully 92% of the benefit of our mines is captured locally. Then there’s the fact that those of us with pensions will simply lose them if the mines are nationalised. It’s about how equity markets work, but basically the JSE will suffer, and those of us who have been deferring consumption all these years will find that it’s all gone. Then there’s the fact there’s a big difference between the “incentivisations” of a private company, and the “incentavisation” of a government firm. In a private company, if the management sucks, it gets booted out. That’s doesn’t happen in the state sector. (Siyabonga Gama springs to mind immediately.)

Then there’s the simple question, would the state be able to mine more efficiently than private companies? Baxter makes the point that already the world’s experts are here, mining 4km underground. Could the state really beat that?

Perhaps the most thoughtful, and thus the most impressive, capitalist on display was Leon Louw, the country’s top libertarian from the equally libertarian Free Market Foundation. He took aim at some of the League’s “examples” of nationalisation. For a start, what Malema and co. claim is mine “nationalision” in Botswana, is not. The state doesn’t really run the company, it has no role in it; the private partner does it all. Louw says that in South Africa, the government already earns around half of what comes out of the ground through various taxes. And, it only taxes profits, if the mine makes a loss, it doesn’t pay in anything. What would happen under Malema’s model were the mines to make huge losses is the inherent question. Of course there’s the reference to the claim, brought by various organisations, but particularly the SACP, that Malema is doing this to bail out BEE mine owners. Louw points out that mine owners would love be paid out the full value for each share of the mines they currently own. If they were to try selling their mines on open market, they would get significantly less.

Then there’s a fantastic line of argument bound to ring a bell for Cosatu. Do mineworkers want to work for a single employer? There would be no competition to push up wages for skills in the sector. And the fact that nationalised mines have poorer safety records than privately run operations. Oooh dear. Something that hasn’t been fully thought through, perhaps?

But Louw actually gets stronger, when he talks about the Freedom Charter. It talks about the “wealth under the soil”, not mines. Louw suggests that if you read it carefully, the DA could adopt it tomorrow and it would dovetail perfectly with its current policies. The point is that it can no longer be classified as a radical document. He quotes from Nelson Mandela after the charter was signed, an interview given in the 1960s, in which he said that under the ANC “free enterprise would flourish like never before”. He also has a ray of light. The fastest route to full privatisation has often been nationalisation. Mines get nationalised. Disaster. Mines get privatised again. On the private sector’s terms.

But that whimsical thought was halted by Cosatu’s Chris Malikane. He’s the chief economic brain for the federation, thoughtful, massively brained, erudite. He says, that from what he understands, the ANC’s task team is investigating nationalisation models, not feasibility. In other words, “if it’s certainty business wants, the certainty is that nationalisation will happen”, it’s just the “how” that’s being discussed.

That could be true, but Cosatu, and certainly Malikane do have their own agendas when it comes to ANC debates. So we’ll see.

All in all, dear reader, we loved it. Arguments going back and forth. Well, mainly going back, against the League. We hope someone in Luthuli House was listening. We doubt it though. But at least we now have a debate. There is at least a contest for the hearts and minds of the people. A proper public debate. Something we can all take part in. And something we should all take part in. Not just Julius. DM

Photo: Mine workers emerge from the pithead at the Harmony Gold mine in Carletonville, west of Johannesburg, October 4, 2007.  REUTERS/Juda Ngwenya