US debt deal: A middle finger to first commandment of economics 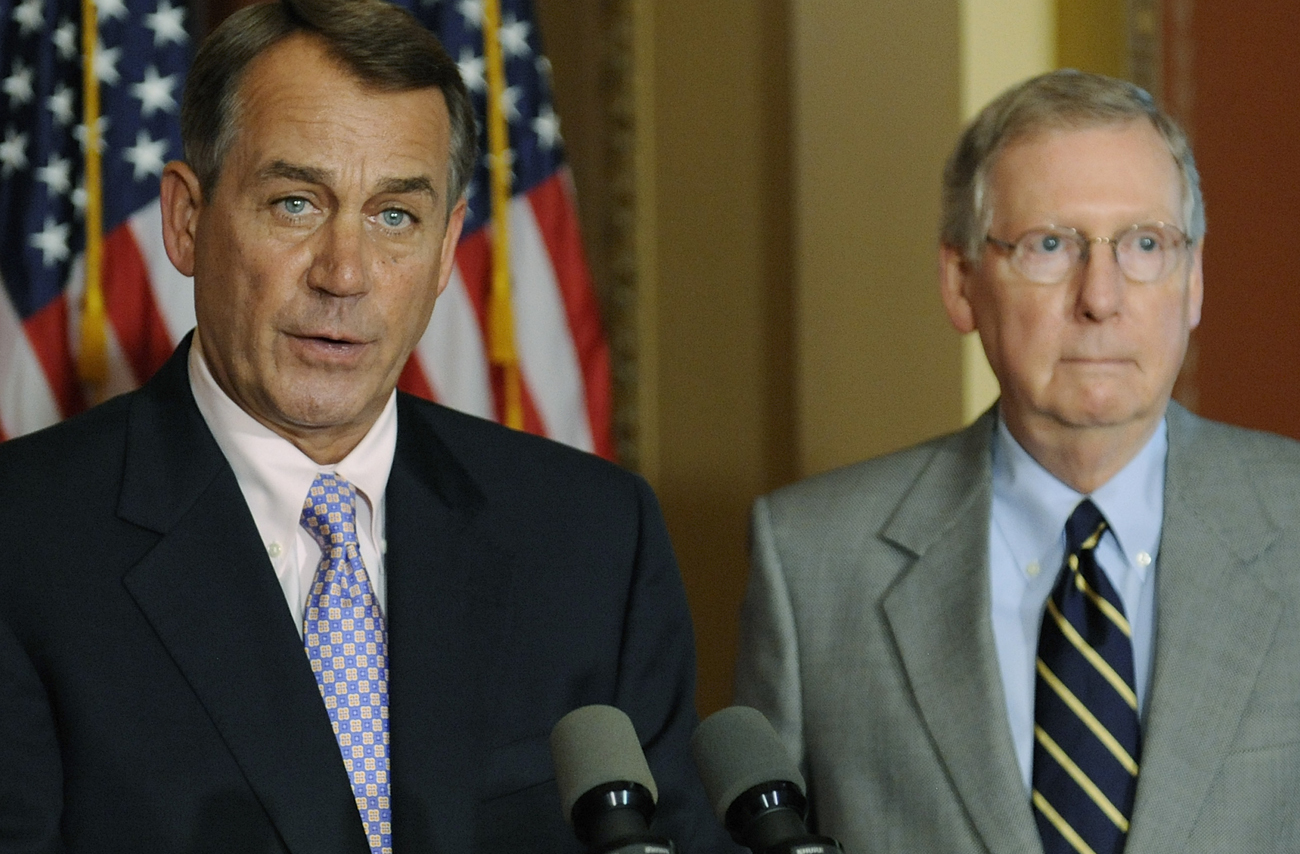 It’s simple: if you’re a government and you want to steer your economy out of a recession, you spend more money. History provides many examples of this truth, from Roosevelt’s New Deal to the military spending in World War II. If signed into law, President Obama’s debt agreement could put an end to all that. And the Republicans will be to blame. By KEVIN BLOOM.

Forgive the history lesson, but over the last hundred years or so, government spend in the United States has increased from seven percent of GDP (1902) to around 35 percent (last year). If you look at a graph, you’ll see that during this period, major spikes occurred in World War I and World War II. You’ll also note, with regard to the second spike, that the billions poured into military hardware in the early 1940s – coming as it did on the back of the vast expenditure incurred by Roosevelt’s New Deal – effectively ended the Great Depression. You’ll no doubt further be aware that, according to Keynesian economists, the take-home message here is as simple as it is elegant: in a recessionary environment, public spending is a smashingly good idea.

In light of the above, is President Barack Obama’s announcement that an agreement has just been reached to avert a US national default a good thing? For the markets, the answer is obviously “yes”. As of this writing, the indexes are up an average of one percent in Britain, Germany and France, and Wall Street will almost certainly follow suit when it opens shortly. Crisis has been avoided and the world will not sink into another financial black hole in the short-term. In the long-term, however, the answer is a bit more complicated. Daily Maverick intimated last week that America’s comedians have been on average better than the trained pundits at getting to the heart of the matter, and Obama’s latest (and final) unwilling surrender to the Republicans is no exception. See this, for instance, from Bill Maher:

“Obama said he had been left at the altar a couple of times (by Republicans). And he asked a great question. He said, ‘Can they say yes to anything?’ A Democrat now has offered cuts in Medicaid, Medicare, Social Security, and the Republicans still said ‘no’. What is the Democrats’ next offer? Kansas goes back to being a slave state? Obama moves back to Kenya?”

Jimmy Kimmel, whose “joke” last week about Al Qaeda wanting to take credit for the crisis was voted by us least funny (and therefore most incisive), likewise had something trenchant to offer: “Sarah Palin said that if a deal isn’t reached by Aug. 2, nothing will happen. Do you hear that, award-winning economists?”

As Kimmel must have been aware, one of those award-winning economists that Palin chose to ignore was Paul Krugman, LSE and Princeton professor, and recipient of the Nobel Memorial Prize in Economics in 2008. On 28 July, carving out a stance in opposition to “idiots” (DM’s word, although the Nobel laureate probably wouldn’t object) like Palin, he wrote in his op-ed piece in the New York Times that the blame for the debt crisis can only be laid at the feet of extremist Republicans. The media’s penchant for looking at both sides of the story was in this instance misplaced, he wrote, arguing that the so-called “centrist uprising” was a myth. What had happened, noted Krugman, was that Republicans had taken America hostage.

Could Obama have done a better job at negotiating? Sure he could have. For starters, back in December 2010, he could have demanded an increase in the debt ceiling and therefore avoided the trillions of dollars in spending cuts that Sunday’s proposed deal is likely to enact. Had he done that, he may have been in a position to tax America’s filthy rich, widen the country’s social welfare net, and move the world out of the economic doldrums a lot quicker. Instead, he’s had to agree to a ransom price that keeps us all stagnating until at least 2013.

Krugman, in an op-ed column that ran on 31 July, put it like this: “For the deal itself, given the available information, is a disaster, and not just for President Obama and his party. It will damage an already depressed economy; it will probably make America’s long-run deficit problem worse, not better; and most important, by demonstrating that raw extortion works and carries no political cost, it will take America a long way down the road to banana-republic status.”

Of course, the deal isn’t a fait accompli yet: 60 votes are needed to clear a filibuster in the Senate, and then 51 for final passage; in the House, the number of votes required is 216. Senators and Congressman have been asked to “do the right thing” and approve the deal, and in all likelihood they will. Again, a crisis in the short-term has very narrowly been avoided.

But the bigger picture is that America’s long and proven record at stimulating its economy by increasing public expenditure has come to an end. Nobody, not even the fans of small government that commented below the Daily Maverick’s article last Thursday (“US national default: The funny side”), can argue that in the last hundred years – while public expenditure in the country rose 400 percent – the US didn’t bring unprecedented prosperity and success to its own citizens and the world.

Question is, what will the next hundred years bring?  DM