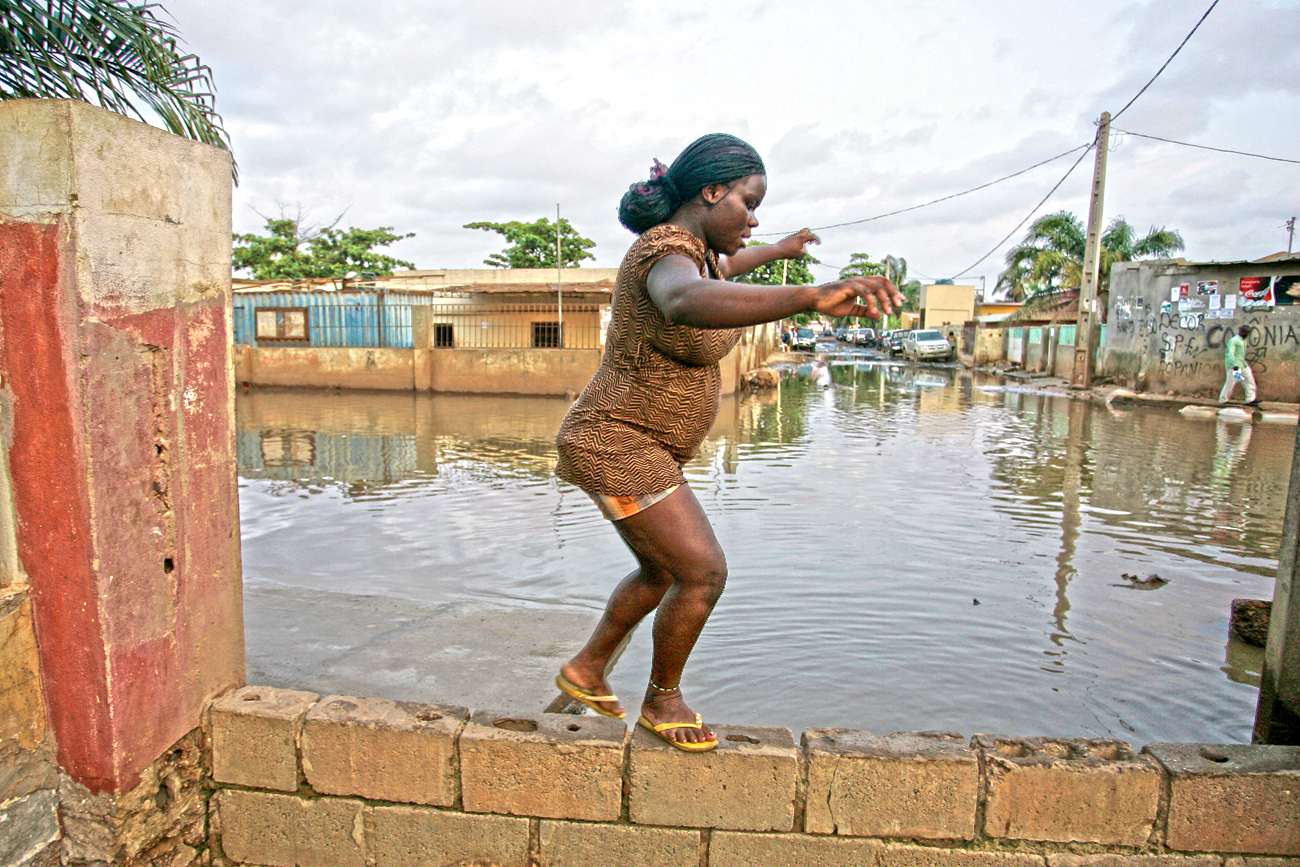 It’s not an illustrious roll call of Africa’s best and brightest cities, by any means. Luanda, N’Djamena, Libreville, Niamey - despite being the capitals of some of the poorest countries on the continent, these are some of the most expensive cities in world, at least for your corporate executive who wants to live in the style to which he is accustomed. So why are companies paying R130 for a sandwich in places where most people live on under R10 a day? By SIMON ALISON.

According to the headlines of a slew of international media outlets that really should know better – including the Huffington Post and TIME – Luanda, Angola, is the world’s most expensive city. It’s not. Well, it might be, but that’s not what the Mercer Cost of Living Survey, on which the reports were based, was measuring.

In fact, according to the survey, Luanda is the most expensive city in the world for expatriates. The survey’s designed for companies who want to do business in other countries, and need to factor in the costs of sending staff there. It measures things like the rent of a three-bedroom villa in an adequately secure environment, the cost of sending a child to an international school and the price of a meal in a good restaurant. The figures that inform the report would be completely alien to most of Luanda’s residents, who live below the poverty datum line.

But the report is nonetheless revealing. Looking at the African context alone, the continent’s flagship cities – Nairobi, Addis Ababa, Cape Town, Johannesburg – aren’t even in contention for Luanda’s title. Instead, coming in at an astonishing third in the world, is N’Djamena, the dusty Chadian capital, followed by Gabon’s Libreville at 12th place, Niger’s Niamey at 23rd and the island paradise of Victoria, in the Seychelles, at 25th. Johannesburg comes in at a distant 131st in the world, while Cape Town is only 158th.

Clearly, the costs outlined in the Mercer survey are about scarcity rather than quality. The top African cities in the list manage to combine severe poverty with extensive resource wealth, primarily through oil, (but also tourism in the case of Victoria). As a result of this poverty, housing good enough for foreign marketing managers and their families is in short supply, allowing landlords to simply obey the laws of economics and jack the prices up as high as they possibly can go.

Coupled with this is the fact that the types of corporations that operate in these oil-rich environments are multinationals extracting billions of dollars of local resources. When you’re dealing with figures this big, it becomes almost irrelevant whether their employees live in houses that cost R9,000 or $90,000 a month.

There are consequences to this, of course. Not every corporation or company that operates overseas, or wants to, is a massive oil firm or soft drink giant. By allowing prices to balloon out of control, the governments of Angola, Chad, Gabon, Niger, and Seychelles make it very difficult for smaller operations to set up shop, discouraging other forms of foreign investment which might help develop their otherwise impoverished economies.

The social implications are perhaps more serious. As foreign expatriates and the money which underpins them push prices of top end goods and services, so the local elites – who eat in the same restaurants and compete for the same properties – are forced to spend more and more. And to spend, they must earn. As elite salaries rise, so the inequality gap between the vast majority of the country and the few who have made it to the top gets wider and wider. In Luanda, it’s not unusual to see Porsche’s whiz through sprawling shanty towns, their drivers on their way to a top hotel for a R1,000 meal while onlookers ponder how to feed their families on the R10 they earned that day. Not exactly a recipe for social cohesion, or development.

So while Luanda, and the other African cities, may exalt in occupying such lofty positions next to Tokyo, Geneva and Singapore, their presence there is troubling rather than exciting, indicative of something rotten in their home countries that remain woefully underdeveloped. DM