As Justice Ngcobo chooses honour over power, Zuma in a corner again 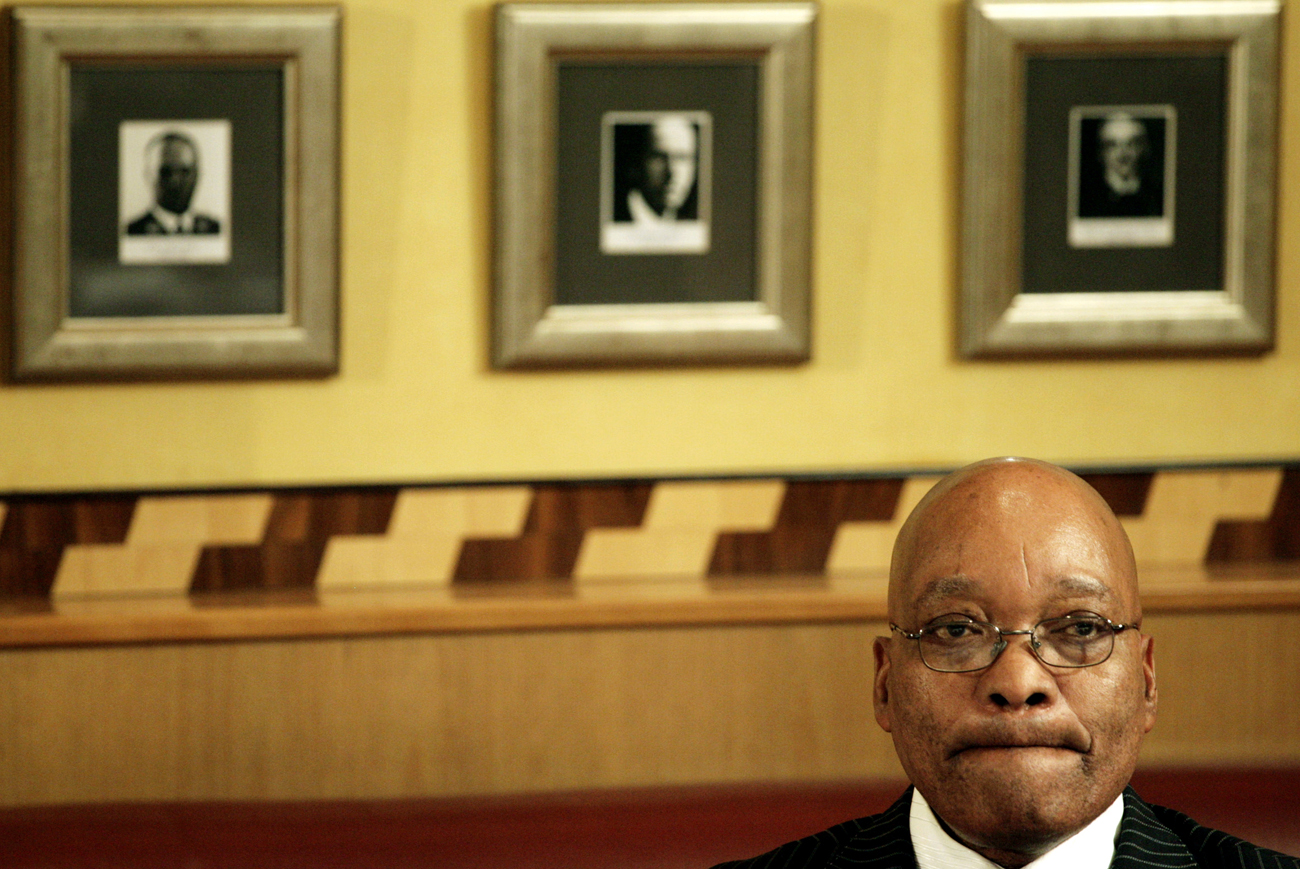 In South Africa under President Jacob Zuma we’ve become thick-skinned, inured to the seemingly forgone assumption that power always trumps honour, that noble acts in the interests of the country take a backseat to self-serving ego. At least, we had until Chief Justice Sandile Ngcobo’s decision to step down put Zuma in a very uncomfortable corner. By STEPHEN GROOTES.

Dear readers, terribly sorry, but there is no other way to start this article: What a monumental, avoidable, unnecessary, stupid cock-up!

Chief Justice Sandile Ngcobo has told President Jacob Zuma that he is withdrawing his “acceptance of the invitation for his term to be extended”. In other words, he’s pulling out, and he will step down as both Chief Justice and as a Constitutional Court judge on 14 August. Zuma, and justice minister Jeff Radebe had been pushing for him to stay on. Several organisations went to the Constitutional Court to argue this was illegal, while the ANC went to Parliament to change the law to push the decision through. Now that all of this is over, where are we?

This should never have happened. President Jacob Zuma now has just about 15 days to make one of the most important decisions of his presidency. He’s going to do it in crisis mode, rather than in thoughtful, what-would-be-best-for-the-country mode. It’s one of those moments that really sums up his presidency.

On Wednesday Radebe announced that current Chief Justice Sandile Ngcobo would not, after all, be staying on. In short, he’d had enough of the mess around him, realised the damage it was doing to the justice system and stepped down. It’s a good decision, the right decision, a decision for which we will give thanks for some time to come. At the moment there is no reason to ascribe any motive other than that Ngcobo realised this was bad for all concerned and made an honourable decision.

But the roots of this lie much further back. We all knew 18 months ago, when Zuma appointed Ngcobo, that this could happen, that Ngcobo’s term on the Constitutional Court had to come to an end, because of his age, and the time he’s already served on the highest bench in the land. It was well put by Freedom Under Law’s advocate Jeremy Gauntlett when he was arguing against this extension in the Constitutional Court two weeks ago. “The date of birth of the Chief Justice was known to both the Chief Justice and the (justice) minister”. That’s legalese for, you knew this was coming and did nothing about it.

Both the presidency and Radebe deny any of this was their fault, citing the fact they “followed legal advice”. Well, gentlemen, it doesn’t help if you only listen to the advice you want to hear. And that is really the problem. We’ve seen it again and again, the entire Protection of Information Bill mess was another example of ministers and government listening only to the advice they wanted to hear, and not to independent lawyers who would give a proper, unbiased opinion that also happens to be based on SA Constitution.

All of this should be another lesson for Zuma and the ANC that we live in a constitutional democracy, and not a democracy where the majority rules unchecked.

It’s also a lesson that the sound and fury raised by opposition parties and NGOs and virtually the entire legal profession can have an effect. This time the fury was felt, not by Zuma and Radebe, but by Ngcobo. It shows that shouting about things is the right thing to do; pointing out problems is what ordinary citizens must do. It worked here because Ngcobo has a conscience. As a result, he gets to retire an honourable man. That to him was more valuable than another couple of years as Chief Justice. But the sound and fury might not work if there are no honourable people in the system.

So, what is Zuma going to do now? Radebe says he intends to make a decision and an appointment before midnight on 14 August (the date our current Chief Justice ceases to be Chief Justice… and would have turned into a Constitutional pumpkin had he not been wise enough to take this action). Which gives Zuma roughly two weeks – not a lot. The first question is whether he will now look at the candidacy of current Deputy Chief Justice Dikgang Moseneke. It seems unlikely; anyone who wants to see a healthy tension between the Judiciary and the Executive would probably support Moseneke’s candidacy. He voted against the disbanding of the Scorpions in the Glenister case, and is seen as someone outside the ANC’s circle of influence. Moseneke has an incredible backstory. Jailed for his activities in the Pan Africanist Congress (note…Pan African…not African National) he wrote matric on Robben Island. He followed that up with a degree in law.

But, of course, he’s not popular with Zuma. It goes back to a claim that at a birthday party in the beginning of 2008 he told his guests he would always make decisions for the good of the country, and not for the delegates at Polokwane. But Zuma passed him over once before, when he selected Ngcobo, so it would be awfully obvious if he did it again. It’ll probably happen anyway.

That said, the Constitution refers only to a “suitably qualified” person as appropriate for the job, and that the president makes the appointment after “consulting” with opposition parties and the Judicial Service Commission. Yes, that means, Zuma could literally pick any legal person, not necessarily someone who is a judge now, or even a current member of the Constitutional Court.

There are a few intriguing options. Could he pick a female Judge? Sisi Khampepe perhaps? Hmm, headed that commission that decided in favour of the Scorpions. But it is a ploy as old as feminism, male politicians in trouble make a female appointment to dilute it.

There is a trend that Zuma has followed since taking office. With one exception, In virtually every case he has acted to weaken the independent institutions set up in the Constitution (the one exception being Thuli Madonsela as Public Protector, has turned out pretty problematic for him). So then, a candidate who is more likely to agree with him, who shares his world view, someone malleable perhaps, could be a more likely choice. If this is Zuma’s thinking, Judge Mogeng Mogeng could fit the bill. He’s a relatively new appointment to the Constitutional Court, before that he was the Judge President of North West (during his JSC interview, when asked why he was applying for the top court, he said it was because he’d been stuck in Mafikeng for 10 years and deserved a promotion). He appears to be socially conservative, executive minded and new.

But perhaps we are being overly cruel to both Zuma and Mogeng. Zuma may decide to look a little further afield, to the heads of other divisions, the Supreme Court of Appeal or the Labour Court. Quite frankly, there’s a large field of people from which to choose. And, thanks to the president of the country, very little time in which to make a decision. DM

Photo: South Africa’s African National Congress (ANC) President Jacob Zuma in a quiet moment during a newss conference after appearing in the Durban High Court, after the National Prosecuting Authority dropped all charges against him, April 7, 2009. REUTERS/Rogan Ward