Writers without Borders: Death of a bookstore chain 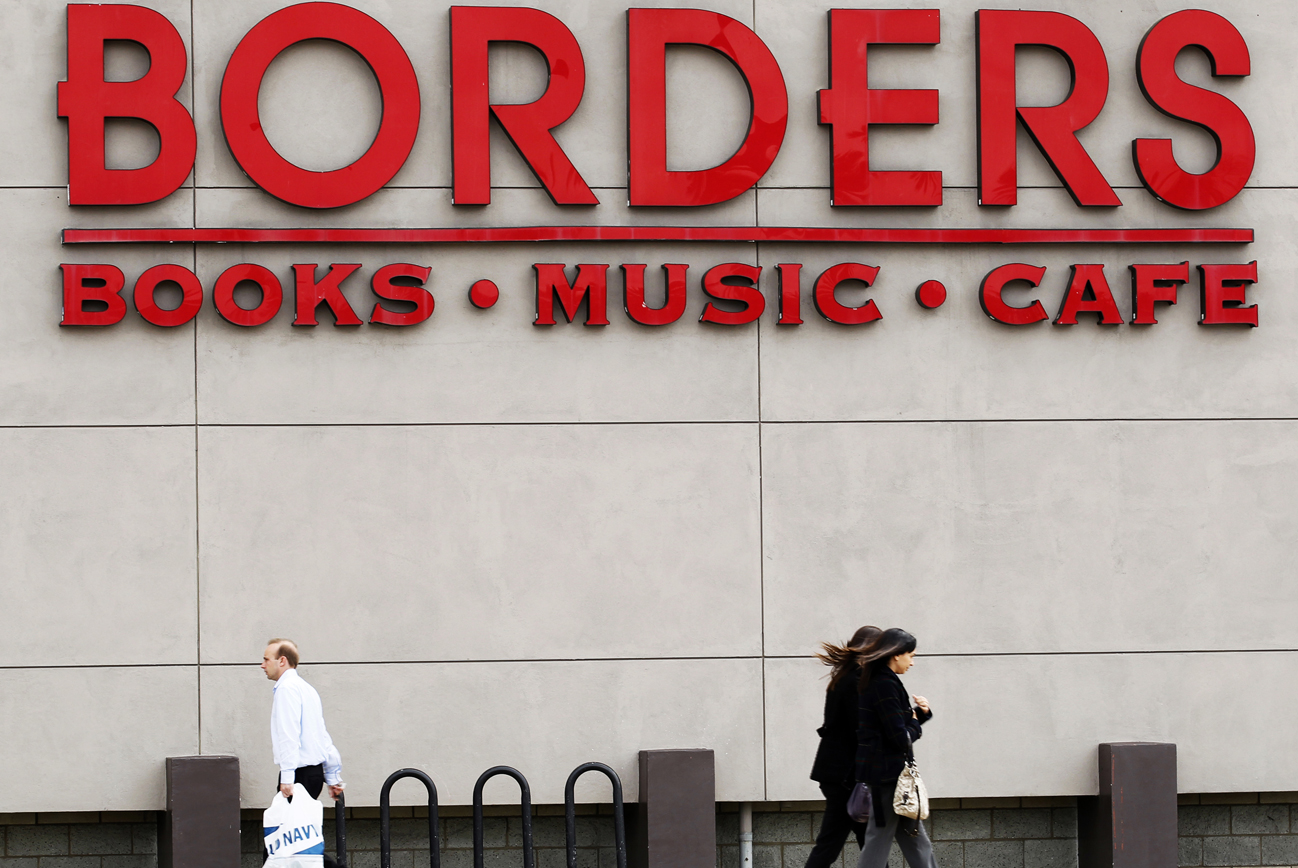 With the liquidation of Borders, one of the world’s largest bookstore chains, the ongoing laments about the Death of the Book have risen a few notches in volume. The news does not herald the end of reading, of course, but it does herald the end of something. The publisher? The agent? The (heaven forbid) writer? Or is it the bulk-buying model that starves us of choice? By KEVIN BLOOM.

On 13 July this year (which happened to be my 38th birthday) New York Times executive editor Bill Keller published a column in his paper under the header, “Let’s Ban Books, Or at Least Stop Writing Them”. Although curious, I wasn’t about to read what the column said beneath the header: since it was my birthday, and since I have already waded too far into the writing of my second book to think about returning to shore, I thought I’d go easy on myself. But it’s kind of difficult to ignore a provocation like that, and so on 20 July, having spent a full week wondering where on Earth Keller may have been coming from, I tentatively clicked on the nytimes.com link.

The column, it turned out, was a slightly tongue-in-cheek complaint about the legions of staff reporters who wait outside Keller’s office to request a leave of absence to write a book. Why, the editor asked, having tried and failed twice himself, would anyone want to do such a thing? He cited the fact that populist new media prophets have been foretelling the Death of the Book for years, and that, with sales in the US declining steadily since the 2005 peak, statistics have begun to back these doomsayers up.

“Watching that trend,” he continued, “I find my grief for the state of civilisation comes with a guilty surge of relief. Sure, I would miss books – and so, by the way, would my children – but at least the death of books would put an end to the annoying fact that everyone who works for me is either writing one or wants to. I would get my staff back!”

Beneath the coy lament, two truths stand out in Keller’s piece. The first is that there are simply too many non-digital books being published for the business model to continue sustaining itself; the second is that there are a lot of professional wordsmiths in the world (and especially in New York) who feel compelled to – and are indeed entitled to – stretch themselves by attempting the ultimate in the form.

With the start of the Borders closing down sale on Friday, 22 July, both these truths were thrown into stark focus. Ironically, Borders began life as a single independent bookstore in Michigan in the early ‘70s; its expansion throughout the United States, which was dependent on its ability to bulk-buy, led to the bankruptcy of countless community stores of the kind it once resembled. The schadenfreude adrift in the industry today is therefore understandable, but what almost everyone (publishers, booksellers, agents, authors) feels at a deeper level is the reason for Borders’s failure: it couldn’t respond quickly enough to the digital threat.

Which is a pity, because it’s not as if Borders didn’t see it coming. The last time the company made a profit was 2006; its annual income dropped by over $1 billion in the years since. Only in July 2010 did it open its first eBook Store, allowed users to purchase books directly from borders.com and download them to their e-reader of choice. At the time, the company also unveiled new BlackBerry and Android e-reader apps to complement its desktop, iPhone, and iPad apps – the full digital package featured over 1.5 million titles.

“Too little, too late” is a hopeless understatement, however. Because the legacy that the closure leaves is an industry that’s become miserably uniform: corporate buyers from Borders and its still extant competitor Barnes & Noble have exerted such pressure on publishers over the last two decades that diversity of choice is all but dead; the sure money-spinners like Stephanie Meyer or JK Rowling sustain fewer “risky” choices (first-time authors or writers of experimental fiction, say) with every passing year.

Is there cause for optimism in the digital model that’s replacing the chainstore model? As James Carroll cautions in the Boston Globe, we shouldn’t get ahead of ourselves just yet: “Speculations abound concerning the deeper effects of screen technologies on a thoughtful inner life, and it is too soon to mourn the death of reading altogether. People love their e-books. The disappearance of the public book shelf, though, is not unrelated to the blatant new illiteracy that shows itself, at one end, in the shrinking number of published book reviews, and, at the other, in today’s shallow political discourse. Junk opinion replaces the astute analysis that only careful and well-edited authorship provides.”

On the upside – and as someone who has to fulfill book contracts on two continents by November next year, I need to find the upside – the eBook does disintermediate the middleman. For authors, royalties on eBook sales are twice as high as they are for “real” books; also, limitless digital shelf space means that publishers are conceivably able to take as many risks as they like.

Lastly, what Keller doesn’t say in that New York Times column I didn’t want to read is that he’s stepping down in September to become a full-time writer. Maybe now he’ll finally manage to finish one. DM

Photo: People walk past a Borders bookstore in San Diego, California February 16, 2011. The second-largest U.S. bookstore chain filed for bankruptcy protection and said it planned to close nearly one-third of its bookstores, after years of shriveling sales that made it impossible to manage its crushing debt load. REUTERS/Mike Blake