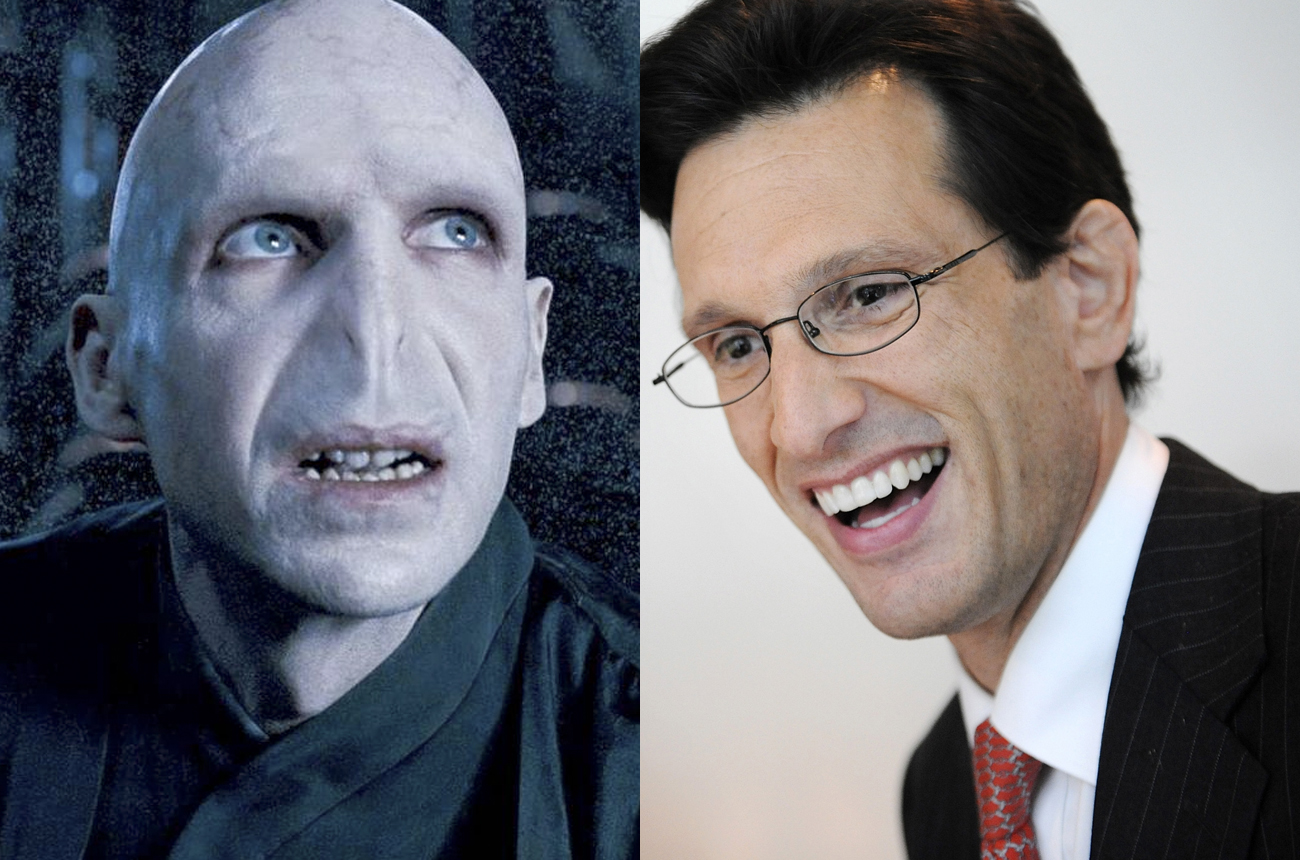 Pop culture phenomenon Harry Potter just slew a raft of box office records. His evil archenemy Lord Voldemort, however, seems more real with every passing movie. He lives! And the Daily Maverick takes it upon ourselves to out him. By RICHARD POPLAK.

This weekend, the latest and last Harry Potter film debuted to smashing results at the box office. Critics loved the film and so did global audiences, powering it to a $475.6 million gross. The final instalment depicts young wizard Harry going head to head—or, in this case, wand to wand—with his nemesis, Lord Voldemort, aka Tom Riddle, aka The Baddest Dude in the World.

Voldemort is so evil that in the early books, characters were afraid to say his name, referring to him as You-Know-Who or He-Who-Must-Not-Be-Named. In fact, so powerful was his moniker that a taboo was placed on it and anyone who uttered it could be traced by the Lord’s followers. (Harry and his pals were busted in this way. They lived in a world where it was best to keep shtum.)

In many respects, Voldemort has become new shorthand for evil. Played with nose out of joint—actually, without any nose at all—by British thespian Ralph Fienne, Voldemort is a raging psychopath whose ultimate fear is his own demise. And today, as global finance teeters in the balance, countries stand on the verge of debt default, media barons tap the phones of dead girls and ideologues hold the most powerful nation on Earth hostage over a light bulb, Voldemort seems more flesh and blood than fictional.

Indeed, the Dark One’s pop cultural cache rises, just as our collective faith in our democratically elected representatives wanes. The whole liberal humanist experiment feels like a botched job, and it’s easy to imagine that our leaders are held in thrall to some dark magic wafting up from the bogs of the underworld.

By all means, insert your own favourite demagogue here. South Africans of a certain caste may point to Julius Malema, but in the Voldemort stakes, the lad from Limpopo is small beer. We’re talking about individuals who have the ability to tear the planet off its axis and fling it into oblivion. By this standard, Rupert Murdoch and his merry band of phone hackers don’t match up. He’s a pied piper, the Rupe, trailing behind him a line of dirty cops, compromised politicians, power hungry PR flak-catchers and rancid ‘journalists’. Murdoch has, by accident or design, led them down the drop toilet where they belong. And while the crumbling of his empire might leave many people out of work and send a tsunami through the newspaper and publishing industries that can hardly afford another ripple, the world will go on. No, he’s not Voldemort. But he is one of Voldemort’s Dementors.

By Voldemort, we mean, of course, select members of the US Republican party, who seem to have acquired a mission—from where and whom, we’ll leave to fantasy authors and Potter fanatics—to destroy a teetering global financial recovery by holding their country hostage over what should be a routine piece of legislative dog work. Raising the debt ceiling—in other words, increasing the amount of money America can borrow in order to pay down its debt—requires Congressional approval. But you know all this. You also know that Republicans are holding up the process, trying to force through a constitutional amendment, along with cut and cap legislation, that is almost as strident in its ideology as it is in its cynicism.

It’s difficult to pick a leading Voldemort candidate from the bunch of Tea Partiers and Special Interest Shillers, but Eric Cantor, majority leader of the House of Representatives, makes a good run at it. He prays before the usual Republican shibboleths—guns, family, low taxes, small government—but it is his obstructionism on the debt ceiling that has allowed him to reach the heights of pure, unbridled evil that he has been gunning for since he was first elected in 2001. He is the lone loony Orthodox Jew among a pack of loony fundamentalist Christians, but his persuasion hardly counts, so seamlessly does conservative religious outlook, whatever the stripe, merge in the US. He has a peerless conservative voting record, unless you count his voting for TARP (but hey, his business pals were in trouble, and a friend in need is a friend indeed). In a world in which big business failure has been socialised and profit has been privatised, Cantor leads the way.

And now this: A game of political brinkmanship which is meant to undermine the Obama presidency by taking a critical vote to the wire. Timothy Geithner, the secretary of the treasury, has warned politicians that the markets don’t discern between political pronking around the debt question and the actual possibility of defaulting. In other words, get this sorted out. But in all likelihood, the game of silly buggers will continue right up until the deadline on 2 August, an arch-exhibition of political theatre that is as unnecessary as it is destabilising.

“There is no good and evil,” Voldemort, ever the pragmatist, once said. “Only power, and those too weak to see it.” In Voldemort’s Manichean world view, there are the powerful and the powerless. Power begets power and is useful only if it generates more power. He never speaks of leadership, because that, of course, requires compromise. Voldemort’s power was used to forestall his own death; it was a feedback loop of eternal life lived in the service of acquiring power. He was too blind to see that in this, he was the shadow of the disenfranchised he so deplored. He worked in constant service to something greater than himself, a force he could not wield for anything other than the maintaining of that force.
In other words, he was an evil idiot. The world is full of them. In Cantor’s defence, some other fool will come in and take the Voldemort sweepstakes when the debt crisis passes (or explodes, depending). We’re all Harry Potters in the face of these chumps. Unfortunately, we don’t get to pocket half a billion dollars when the fight is done. We just pick ourselves up, face the next foe, and the crisis that he or she has wrought upon us. DM

Photo: A collage of (L) Lord Voldemort and (R) House Minority Whip Rep. Eric Cantor (R-VA) (R) smiles as he departs after an interview at the Newseum in Washington October 1, 2009. The interview is part of the first day of the First Draft of History event, held by the Atlantic Magazine and the Aspen Institute to bring together newsmakers, historians and journalists. REUTERS/Jonathan Ernst.