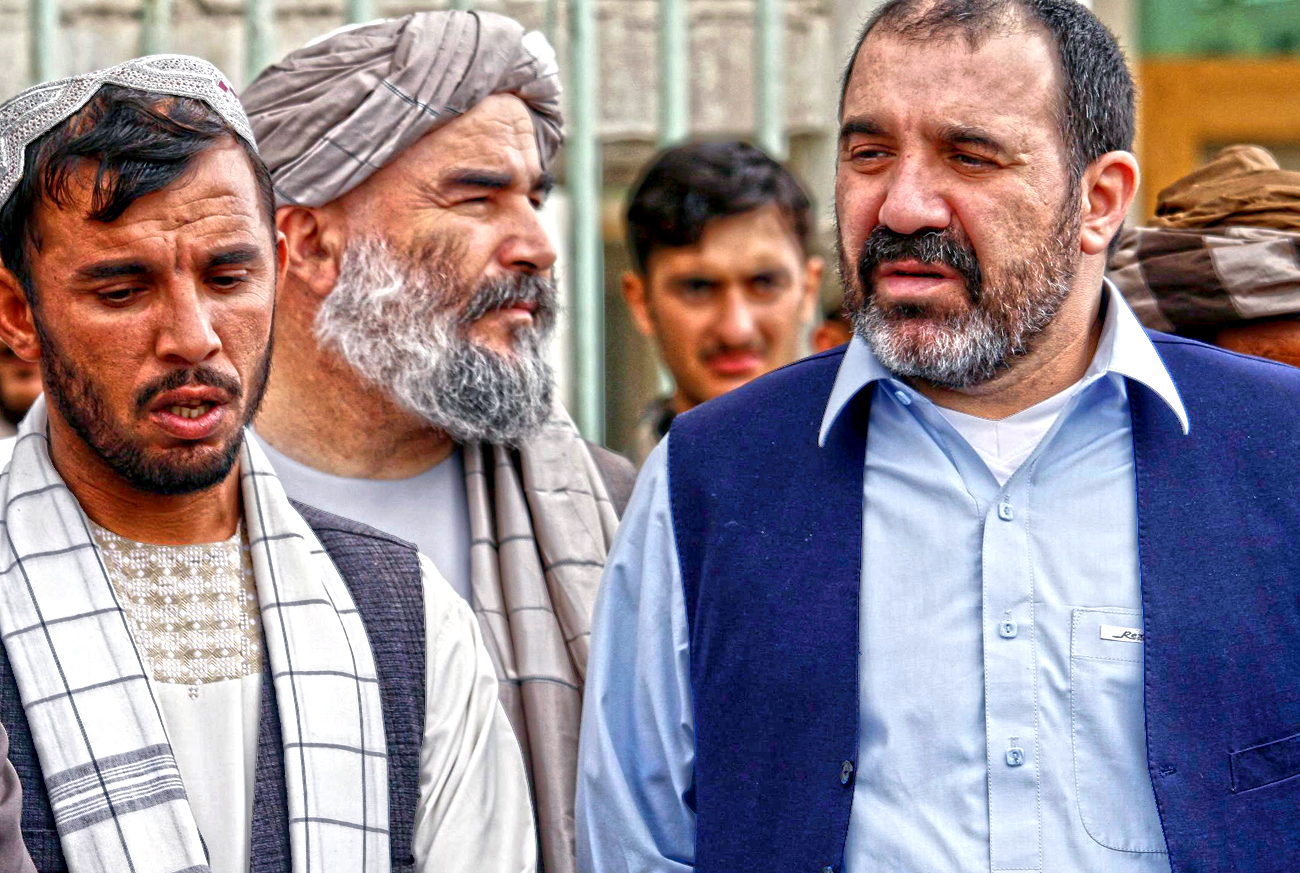 Ahmed Wali “PK” Karzai was rotten. His daredevil assassination, however, might throw the entire region into instability, just as the US is preparing to draw down its forces there. By RICHARD POPLAK.

Ahmed Wali Karzai, half-brother of Afghanistan’s President Hamid Karzai, was a Chelsea fan. This was probably not why he was killed yesterday, but it may well have been. No one has any answers at this point, and while the Taliban have claimed responsibility, this could be a case of jumping on the assassination bandwagon while it is moving. One thing is for sure: The Kandahar region that “PK”, his nickname and a term of endearment used by both his CIA paymasters and his drug dealing cronies, governed has now been sucked into a leadership vacuum. This is nothing short of a disaster for the US campaign trying to still the restive country and hand it over to Afghan forces come 2013.

The late PK, 50 years old when he was shot yesterday by a former bodyguard inside his Kandahar compound, was many things to many people. An opium drug baron, a CIA agent, a powerbroker in Afghanistan and Pakistan and the real hand behind the presidency. He was also a loose cannon and an embarrassment. That said, he was not a Talib nor was he a fundamentalist. He was, as one Telegraph correspondent put it, “one of ours”.

He had many friends, and many of them were also his enemies. Sardar Mohammad, the man named as PK’s assassin, was an old friend and a village elder. He was apparently not searched when he entered the compound, because to do so would have been an affront. He was one of Ahmed Wali Karzai’s inner circle, the perfect triggerman. He, in turn, was shot and killed in the ensuing melee.

It was always going to end like this. Karzai was born in Karz, Kandahar region, in 1961. He spent much of the Taliban era working in a Chicago restaurant owned by the family. After 9/11, and the subsequent invasion of Afghanistan, he grew into a mighty figure in Afghan politics who effectively ran the south, a Taliban stronghold, home of Mullah Omar and ground zero for local extremism.

Pro-Western, if not entirely pro-democracy, Karzai was not a key ally, but the key ally in the fight against the Taliban. This explains why he was, for so many years, on the CIA payroll, and also why his corrupt double-dealing and involvement in the drug trade, were tolerated. How powerful was PK? Here’s a lyric from a WikiLeaked cable: “Ahmed Wali Karzai operates, parallel to formal government structures, through a network of political clans that use state institutions to protect and enable licit and illicit enterprises.”

That’s about the sum of it. In 2006, there were moves, coming in part from the US embassy, to try to remove PK from Afghanistan, and pack him off to a region where he couldn’t smear egg on the face of a US puppet regime. He was held up as an example of the rotten Karzai administration, and was “Exhibit A” for those contending that instead of the Taliban, the US had installed a kleptocracy so venal it threatened to make a mockery of the whole regime change enterprise.

What happens now? The prevailing tragedy of the longest war in US (and Canadian. And Dutch. And Italian) history is that no institutions have been established that will allow Afghanistan to move on and, one day, flourish. Ahmed Wali Karzai was a rule-by-any-means-necessary expediency, and his assassination throws the south into turmoil.

It’s a textbook case on how not to build (or even rebuild) a nation. A strongman’s removal always leaves a vacuum, and the question now comes down to how the US will fill the black hole Karzai’s murder has created.

And you can’t even say they weren’t warned. According to PK, nine suicide bombers had lost their lives trying to kill him since 2001. That’s a lot of bomb belts. Still, no one is sure whether the Taliban pulled the trigger this time. They claim that Sadar Mohammad was the tip of the spear on Operation al-Badr, a reference to a famous Islamic battle. Perhaps. But perhaps not.

In a statement that drips with tragedy, President Karzai said: “My younger brother was martyred in house today. This is the life of the Afghan people. I hope these miseries that every Afghan family faces will one day end.”

Yesterday, Sadar Mohammad’s body hung in Kandahar square, a poignant reminder that the end to Afghan misery is still nowhere in sight. DM