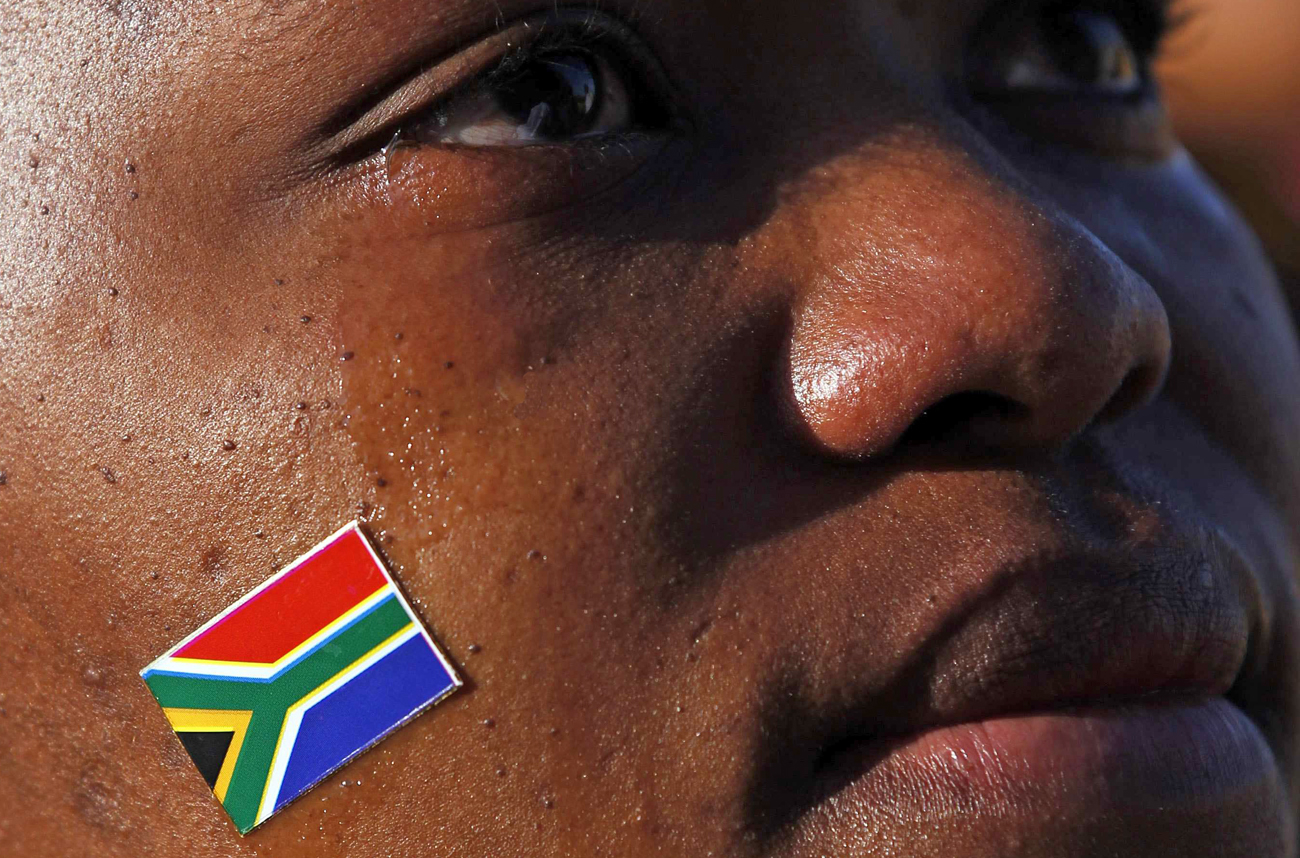 Sculptures costing the taxpayer R4.2 million are being tossed, the Public Protector is lurching from one huge week to another and Bitou municipality remains chaotic, with 30 minutes of official business done since the 18 May elections. We have the death, injury and arrested strike stats and President Jacob Zuma has told the judiciary to take a step back. It's been a busy few days on the SA political scene. By SIMON WILLIAMSON.

In a severe bout of time-wasting futility, KZN factions are up in arms over Andries Botha’s sculptures of elephants and King Shaka which are supposed to be on display around the province. The elephant sculptures have upset some ANC leaders because the IFP logo has elephants on it – the fact that the province is full of elephants and the municipality around Pietermaritzburg is called umGungundlovu (meaning “surrounded by elephants”) seems not to have factored into its reasoning. King Goodwill Zwelithini has personally objected to the King Shaka statue because he says it makes the famous Zulu king look more like a herd boy than a warrior and so KZN premier Zweli Mkhize has commissioned a new one. The elephants are now sitting on the side of a highway and the King Shaka statue is locked away in the Dube trade port. Oh, and taxpayers vomited up R4.2 million for these.

In the last few days, everyone has had their say about the Public Protector, Thuli Madonsela. For the uninitiated, Madonsela is the person who craps on government when they do illegal stuff like award dodgy tenders for police headquarters worth R500 million. Madonsela also busted the mayor in the Hessequa municipality for illegally soliciting party funds and was due to release the report of her investigations on Thursday morning. However, The Star broke a story that morning that a warrant was being issued for her arrest on a corruption charge from 2009 – totally coincidentally, of course. After Madonsela busted General Bheki Cele’s cops HQ deal, the police randomly went to inspect her office in what must be yet another oddly timed coincidence. Fool me once… Since then, Madonsela has had a press conference on the matter, the police department can’t/won’t confirm if Madonsela is being investigated, and AfriForum has asked the UN special rapporteur to protect her from the government. Cosatu has expressed concern and Madonsela has claimed she will approach parliamentary speaker Max Sisulu for security. City Press said yesterday the seeds for the investigation were planted within days of her getting the public protector job, although justice minister Jeff Radebe doesn’t seem to know anything that hasn’t already been made public. Interesting times ahead.

Bitou municipality (wherein one would find Plettenberg Bay) remains a logistical disaster zone as the displaced ANC mayor Laluma Mvimbi will not leave his post, even as a DA-Cope coalition now forms a majority on the council. Since the election, only 30 minutes of official business have taken place due to squabbling. The Western Cape government secured a high court order barring Mvimbi from the council chambers, which it did quite effectively, but busloads of people, according to TimesLIVE, arrived at Friday’s meeting and disrupted it, following up the DA’s claim that Mvimbi has sworn to make the council ungovernable. The newly elected council speaker, Johann Brummer, and the ex-mayor really seem to have it in for each other. The ANC has accused Brummer of causing township unrest and orchestrating an attack on Mvimbi in 2009. Earlier this year, Brummer was injured in a council scuffle. Although DA leader Helen Zille and Western Cape local governance minister Anton Bredell met last week to discuss the crisis, no signs of calm are apparent.

Friday’s strike casualty count: one Numsa worker died when he was hit by a car, said union spokesman Castro Ngobese. Gauteng police said two people were injured when a supervisor at an engineering company shot at a group which was assaulting working employees. Also in Krugersdorp, four Numsa members were injured when police fired rubber bullets and Ekurhuleni police arrested nine people for public violence.

Police were poised on Sunday to arrest KZN MEC for economic development and tourism Mike Mabuyakhulu over a R1 million donation received in exchange for a R45 million tender. IOL said it confirmed that warrants of arrest had been filed by the province’s department of public prosecutions for Mabuyakhulu, and the speaker of the KZN legislature Peggy Nkonyeni.

The Freedom Front Plus has demanded President Jacob Zuma put national police commissioner General Bheki Cele on leave and set up an inquiry into his role in the police headquarters rental fiasco. As the Public Protector is due to release her report into the saga later this week, they may have jumped the gun.

The City of Joburg has welcomed the arrest of 23 protesters who burnt down two councillors’ houses in Soweto last week. Acting mayor Matshidiso Mkikoe said: “We are pleased to note the progress made with the investigation, as well as the decision by the court not to grant them bail. This will send a clear message to other vandals to refrain from illegal action.”

The communications ministry has denied that minister Roy Padayachie is interfering with the running of the SABC, and said the board is the sole decision-maker for the body. The Mail & Guardian claimed on Friday that leaked minutes of a meeting Padayachie had with the board showed an amendment of the SABC’s articles of association which faced objections from board member Peter Harris who said they “would widen the authority of the shareholder [the government] with regard to acting appointments to key executive director positions”. Harris has subsequently resigned.

Jacob Zuma has controversially reminded the judiciary that they are not the ones elected to make laws. In a speech at an inaugural conference of all three arms of government (executive, judicial and legislative), Zuma said the powers of the courts should not exceed those of elected government officials. Constitutional expert Pierre de Vos told EWN that the three branches all have different powers, but the final authority is that of the Constitutional Court’s decision to determine what is in line with the Constitution and what is not.

Zuma has said it is difficult for the poor in South Africa to get justice. This is largely due to a lack of dosh to pay for legal fees and transport to and from courthouses. Government will set aside R2.5 billion to create more courthouses in rural areas.

After watching South Africa play New Zealand at the World Netball Championships in Singapore, government spokesman Jimmy Manyi has declared government will back the sport. “I would like to thank Spar for their support for netball, and we will be doing everything we can to help you get more sponsors, so that you can continue to improve.”

Gauteng Premier Nomvula Mokonyane will visit Chris Hani Baragwanath Hospital after hearing reports of people deliberately turning off the oxygen supply to patients in ICU, and has authorised law enforcement to investigate. “I have asked different law enforcement agencies to prioritise these allegations and investigate thoroughly. Those who are responsible must be brought to book to account for these barbaric actions,” she said. She went on to brand the incidents murder.

Sport minister Fikile Mbalula has waded into the undone deal between the Golden Lions Rugby Union and the Guma TAC group, and will be investigating rumours that the deal fell through due to differing views regarding transformation. Mbalula has already spoken informally to Saru president Oregan Hoskins about the matter and is trying to organise a meeting with GLRU president Kevin de Klerk. Said Mbalula: “I believe there is a ploy to thwart transformation by elements within our society who have no regard for social cohesion and a united sporting fraternity.”

We usually leave foreign politics out of the SA Political Diary, but it was pleasant to see Jacob Zuma congratulating ex-president Thabo Mbeki on his role in the secession of South Sudan over the weekend. After calling him a man of integrity, Zuma said: “He [Mbeki] was part of the leadership that brought about change in South Africa, which will enable him to assist the people of the Sudan even further to find solutions.”

The Democratic Alliance has deplored the SA Social Security Agency’s abuse of financial resources, claiming that bonuses were paid out to employees who did not undergo any form of evaluation, or didn’t qualify for them. These bonuses have been investigated by government, however, and action is being taken against the chief financial officer. The DA repeated its call for a social inspectorate to monitor the Sassa.