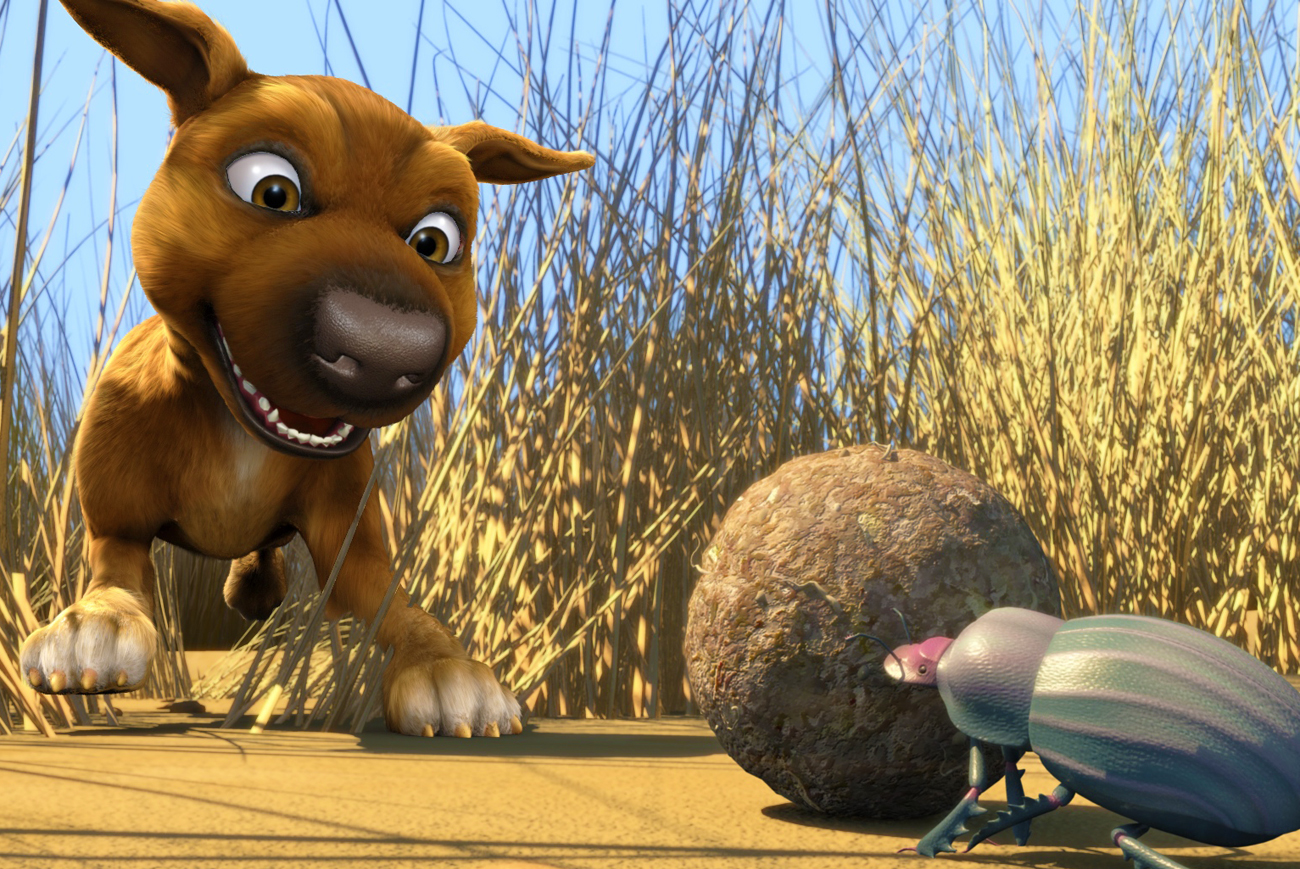 The countdown has begun for the premier of “Jock”, the huge-hearted, animated family film that rolls out the red carpet in two weeks. Percy FitzPatrick’s classic story of the legendary canine icon of the Lowveld, “Jock of the Bushveld” is now a plucky movie that isn’t dependent on local box-office takings for financial success. What’s more, it could give the local animation industry serious global bite and help set South Africa up as a hub for this burgeoning film sector. By MANDY DE WAAL

The South African film sector has in many ways been the runt of the litter. The industry started more than 100 years ago after Thomas Edison invented the Kinetescope and flicks were shown in an arcade on Pritchard and President streets in a young mining town called Johannesburg. The local industry has enjoyed singular successes, but hasn’t quiet managed the sustained growth of India or Australia, which consistently produce films with international clout and often compete with Hollywood.

At about the same time movies first started being shown in Joburg, adventurer-author Percy FitzPatrick saved a shrimp of a puppy from being drowned in a bucket. The two became friends and the dog’s story was immortalised by FitzPatrick in a book called “Jock of the Bushveld”. Jock became a legend because of his intelligence, can-do character and the many menacing scenarios this courageous little dog survived.

The book became a movie in the mid-eighties starring Gordon Mulholland and Jonathan Rand (who have both since died). Directed by Gray Hofmeyr and Danie Joubert, the script for this movie was written by Duncan MacNeillie, who always felt the film never quite realised its potential.

“Duncan is the driving force behind this animated version. The eighties movie left him with a residual sense of an incomplete vision. The first movie had a successful local release, but was made at the height of the cultural boycott,” says Andy Rice, one of South Africa’s top brand thinkers, who heads up marketing for “Jock”. “Animation as a genre has had huge success and about half of global box office hits are now animated. Animation software has also become more affordable, but by no means cheap, which means events conspired to help Duncan remake this movie.”

Watch the trailer for “Jock of the Bushveld”:

Rice is brother to Sir Tim Rice, the Oscar-winning songwriter of “Evita”, “The Lion King” and “Aladdin” who is also part of the “Jock” team and the movie’s lyricist. Local marketing legend Andy was brought in a couple of years ago to secure licensing rights for the film so Jock wouldn’t be entirely dependent on box-office takings. “Duncan called me out of the blue and I put my feet under the Jock desk about two years ago with the mandate of developing a secondary revenue stream and being the movie’s marketing advisor. I didn’t know much, but promised to get stuck in and learn as we went along.”

The licensing for the film, which premiers in Sandton on 19 July (10 days ahead of its scheduled global release), has been hugely successful. Initially Andy Rice thought he would sign up a handful of licensees. “First, we signed up with Penguin Books which invested in graphic novels, activity books and colouring books.” Top clothing retailers like Woolworths, Edgars, Pick ’n Pay and Mr Price also signed up, as did KFC which will offer Jock-themed toys and meals. Foodcorp is using Jock to promote Bobtail, Martin & Martin to push its Beano brand, while Suzuki will use the character in its car advertising. There will be FNB bank cards and Nestlé will be using the dog’s plucky character for a brand relaunch.

The strong spread of licensing means “Jock” is less dependent on box-office revenues, but importantly gives the film’s marketing a much bigger reach. Thanks to these, Jock will be a pervasive part of consumer’s everyday experiences, which can only mean good things for the movie. “We don’t know what this means in business terms yet, because we have negotiated straight fees in licenses, together with royalties that are more open-ended and depend on sales to drive returns,” says Rice.

For the local film industry, Jock looks set to become a great case study and a major marketing tool that could put the South Africa’s nascent animation industry on the global map. Tim Rice has said of the movie: “The animation quality is fantastic. As good as my days at Disney.” Another Disney link is the man who will be marketing “Jock” in the US. Dennis Rice (no relation to Andy or Tim), who will punt the movie to big Hollywood studios, is the former publicity head of Disney and headed up marketing for United Artists. “A lot of the film’s voice recordings were done in the US because we have people like Donald Sutherland, Mandy Patinkin, Helen Hunt, Ted Danson, William Baldwin and Bryan Adams,” says Andy Rice. A lot of the people working on the movie in Hollywood have had experience in a number of animated movies and have been extremely complimentary, if not surprised, by the quality of the work. “We know Sony and Fox are watching the film very carefully. They’ve seen snippets, but the studios won’t make a decision until they’ve seen the whole movie,” he says. Now that the film is complete and due to premier in SA, Jock’s marketing team is setting up screenings in the US.

“Europe follows America and in the US even a small release would be big for a locally made movie. Then there are the merchandising opportunities, which could be huge. If it does go well, people start talking sequels very quickly and, before you know it, we could have a brand franchise on our hands.”

Andy Rice says MacNeillie’s intent was not just to make a successful movie, but to use “Jock” to put the local animation industry on the map. “For Duncan it was also about getting a lot more interest and exposure for local animation and creating a viable local hub for this work. We know this is feasible because the people we are working with are astonished by the quality of the work and the fact that there is a more nimble entrepreneurial culture here. When you brief in animation work to some of the bigger studios in the US, it is a movie machine that moves relatively slowly. We can deliver world-class quality and speed and our production costs are very competitive,” says Andy Rice.

Jock is a fearless, feisty canine that’s not afraid to bite off more than he can chew. It is likely “Jock” could not only become an SA hit and secure good local revenues, but pioneer a movement that converts local animation from a lone furrow into a well-connected stream that secures increasing flows of well-paid offshore work.

This gutsy, underdog of a movie could become a pioneering legend that realizes dreams. There’s a lot riding on Jock’s sturdy shoulders. DM