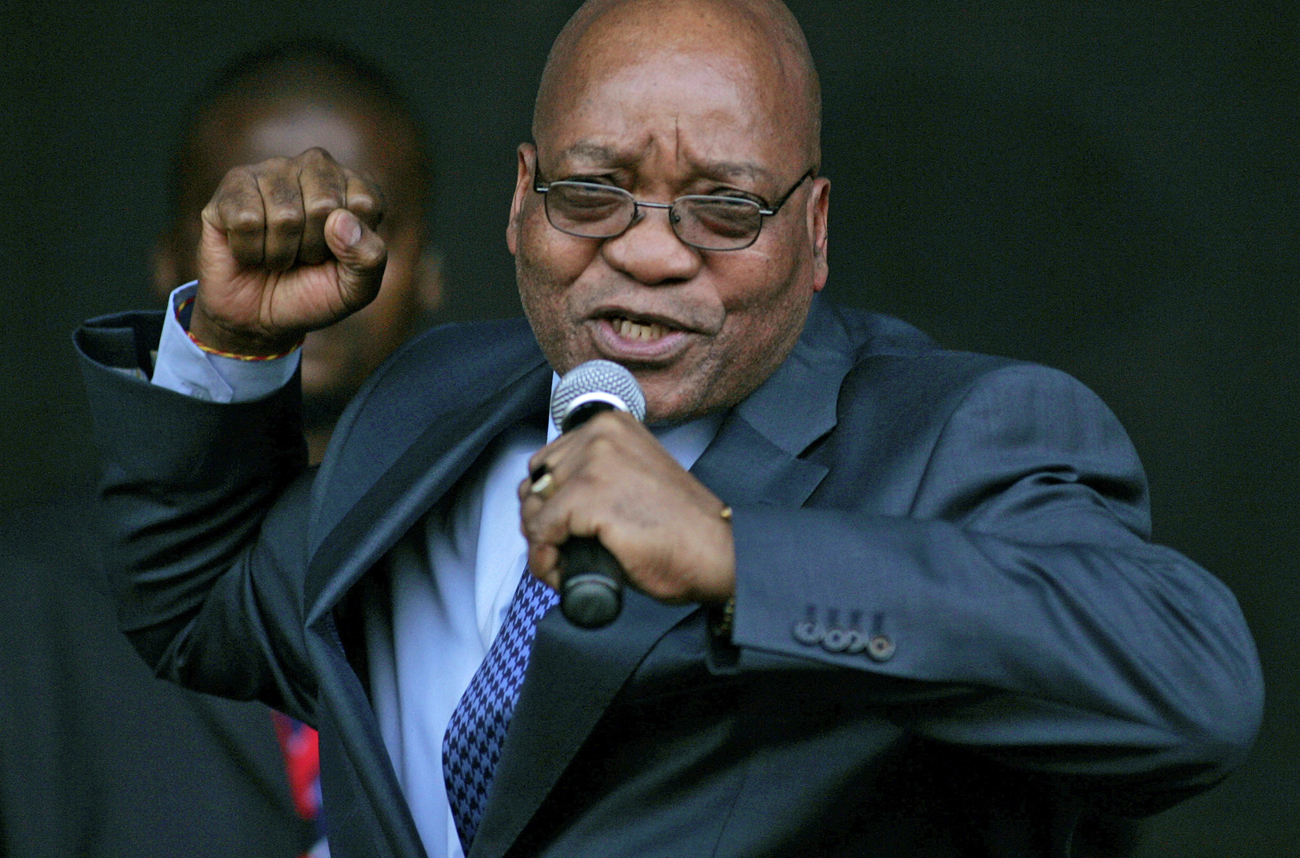 President Jacob Zuma’s beef with the judiciary resurfaced again in a speech to the Access to Justice Conference. But it isn’t just personal. This sense of self-righteousness permeates throughout the ANC. It seems Zuma has forgotten that, elected as majority or not, the ANC is subject to the Constitution. By SIPHO HLONGWANE.

Zuma’s speech at the third Access to Justice Conference on 8 July could well be interpreted as a threat to the judiciary. After emphasising judicial independence as a pillar of democracy and our Constitution, he stated the judiciary could not interfere in political decisions. Essentially, the judiciary should swim in its end of the pool and not try to tell the government what it should do when setting policy.

“The executive, as elected officials, has the sole discretion to decide policies for government,” he said.

“This means that once government has decided on the appropriate policies, the judiciary cannot, when striking down legislation or parts thereof on the basis of illegality, raise that as an opportunity to change the policies as determined by the executive area[sic] of government.

“There is no doubt that the principle of separation of powers must reign supreme to enable the efficiency and integrity of the various arms of the state in executing their mandates. Encroachment of one arm on the terrain of another should be frowned upon by others, and there must be no bias in this regard,” Zuma said.

What he’s dealing with is one of democracy’s great strainss – that of the separation of powers and necessary tensions that arise. The principle itself is simple enough – the judiciary, the legislature and the executive should be completely separate arms of government, each with unique powers and sole discretion in certain areas. In practice, however, it can all get a bit sticky. For example, the question of the legislature’s independence from the executive is one that needs to be asked, given how the unique shape of parliament allows party bosses to hold huge sway over members of parliament.

The president is perfectly within his rights to point out that the judiciary should stay in its lane, so why are his statements being read as an indication of a future threat to the independence of the judiciary?

In his speech, he went on to say, “Inasmuch as we seek to respect the powers and role conferred by our Constitution on the legislature and the judiciary, we expect the same from these very important institutions of our democratic dispensation. The executive must be allowed to conduct its administration and policy making work as freely as it possibly can.

“The powers conferred on the courts cannot be superior to the powers resulting from the political and consequently administrative mandate resulting from popular democratic elections,” Zuma said.

Um, not quite. Reacting to Zuma’s speech in an interview with Sapa, Judge President of the North and South Gauteng High Courts, Bernard Ngoepe said the three arms of the government were equal. “As far as I am concerned, what he [Zuma] means is that the Constitution demarcates the areas of authority of the judiciary, the executive and Parliament, and that each of the three institutions is bound by the Constitution to remain within the parameter of its Constitutional authority and not encroach on the authority of the other two.”

In an interview with BusinessDay, former Constitutional Court chief justice Arthur Chaskalson reiterated the point that all arms of the government were bound by the Constitution and that if policies fell within the provisions of the Constitution, the courts had no right to cast an opinion on them.

But if those policies are unconstitutional, then the courts had every right to require the government to change them. It was a Constitutional Court ruling that made same-sex marriage legal in South Africa against the ANC’s wishes.

The Mail & Guardian’s ongoing fight with the presidency over the release of a 2002 report on Zimbabwe compiled by two judges at Thabo Mbeki’s behest is another example of the judiciary telling the executive to change its policy. During the Mbeki years, when the report was compiled, the government policy towards Zimbabwe can be broadly summarised as quiet, do-not-rock-the-boat diplomacy. Releasing this report to the media in South Africa would be rocking the boat – yet the courts consistently ruled that there are no legal grounds for the government not to release it.

The courts are also often called upon to instruct the government on how to carry out its own policies, as occurred in 2002 when the high court ordered the South African government to make Nevirapine available to HIV-positive, pregnant women.

Also, people can’t but remember Gwede Mantashe’s quote during the 2008 fracas between Judge John Hlophe and the justices of the Constitutional Court, where he accused the highest court in the land of being part of “counter-revolutionary forces” that were against ANC president Jacob Zuma.

The quote about the ANC being the democratically elected body and thus the true voice of society keeps cropping up again and again when the ruling party perceives itself to be under threat. Previously, this criticism has been levelled at the media. Zuma now seems to believe that the executive arm is above the law.

This isn’t just a misunderstanding of what the principle of separation of powers means in practice. We’re seeing a continuation of the ANC’s belief in its own self-righteousness. It regularly campaigns as if Jesus Christ or some higher power pre-ordained it to lead South Africa, with soundbites such as “ANC will rule until Jesus comes back” or “Jesus would vote ANC”.

If the “anointment” by a higher power is the ANC’s badge of authority, then the “national democratic revolution” is its holy scripture. It is, therefore, required that all must march to the beat of the ANC’s drum. Everything must work together to fulfil the ANC’s vision, and to hell with the question of how this blurs the lines between the executive and the judiciary to the detriment of democratic strength and the balance of powers in society. After all, an inordinate amount of power in the hands of the executive isn’t a bad thing – if you’re carrying out the national democratic revolution, is it? In fact, it just makes carrying out your glorious mandate all the more easy.

What the ANC and Zuma are forgetting is that we are all under the governance of the Constitution, whether we have won a democratic election or not.

The ruling party remains extremely allergic to criticism from opposition parties, often basing their offence on the fact they got more votes in the elections. There is no room for debate here. Other considerations are summarily tossed out as being “counter-revolutionary”. It is a worrying philosophy, one that belongs with a hounded revolutionary movement, not a party of governance.

As President of South Africa, Jacob Zuma is meant to be the guardian of the Constitution, not its breaker. His opinion on the separation of powers is a fundamental contradiction to what the Constitution prescribes for government. Under such circumstances, it is no wonder that things between Zuma and the courts are tense. DM