A mid-strike season message to Big Business: Lead by pe... 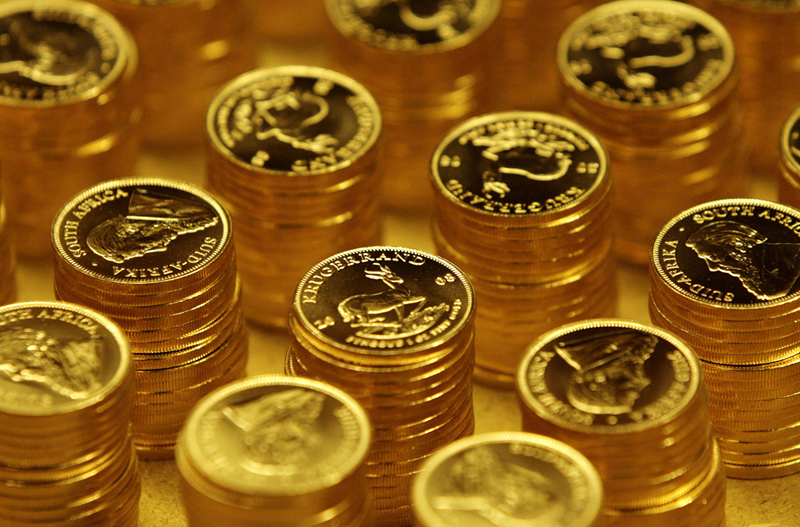 National Union of Metalworkers of SA’s strike this year has been particularly violent. The union wants a 20% increase. The National Union of Mineworkers is also threatening to strike demanding 16% increases. To these, the bosses naturally respond that inflation is only at about 4.5%, and so the hikes are completely unjustifiable. And they are exactly that, unjustifiable. But nowhere near as unjustifiable as the hike given to directors of the JSE's Top 40 companies over the last year - a median 23%. It's enough to make STEPHEN GROOTES want to learn the words to Internationale.

Daily Maverick is unashamedly a proudly capitalist website. But it is sometimes difficult to be proud. We try hard to explain how capitalism works, how it is the best system for getting human beings to work, to ensure wealth is created, to distribute goods and services through an economy. In the current political climate, that is often an uphill battle. So when the people who are supposed to be the leaders of the economy and lead the society in these tough times, who are supposed to provide a sane counterpoint to populist politicians hellbent on taking the country over the nationalisation precipice, and who should provide a powerful balance when the prevalent debate within the ruling party is about how much more the government should be involved in how we lead our daily lives – then, yes, we are stinking bloody angry at these people, who are supposed be the light of reason in the tunnel of darkness, raping the poor.

When they decide, no matter the poverty, the suffering, the sheer awfulness of what is happening around them, to just keep upping their own personal incomes, and in doing so, provide fuel for what could be an existential threat to the idea of a proper capitalist society in South Africa, we get really very cross.

Two weeks ago Cosatu general secretary Zwelinzima Vavi told his central committee meeting executive pay should be regulated. We thought that was ridiculous. He told the tale of “Pine Pienaar, the CEO of Mvelaphanda Resources, who made R63 million in 2009, thus earning 1,875 times as much as the average worker.” He’s included that little titbit in virtually every speech he’s given in the last year. We have just stopped listening to it. It’s one of those numbers that just doesn’t matter because we all know it by now.

Well, try this number. Last year the median number for directors of a JSE Top 40 listed company hit the R4.3 million mark. And that’s just the directors, you can imagine what some of the CEOs get. Try Pieter Uys from Vodacom. He received the same increase as everyone else, 23.3%. That takes his salary to R13.2 million a year. In 2009 he had to make do with a mere R10.2 million. Granted, his company did very well, weathered the recession better than most, and has made big profits. But his annual salary could pay for 200 RDP houses, and he’d still have at least R2 million left, not to mention more reasonable telecommunications rates. Really. He’s not alone. In 2008 MTN’s boss Phutuma Nhleko made a tidy R13 million.

Cellphone networks are one thing, maybe they’re special. But they’re not as special as bank bosses. Nedbank’s Mike Brown is thought to get around R12.4 million a year, Sizwe Nxasana at First Rand a fraction less and Standard Bank’s Jacko Maree pockets about half a million rand a month. That number alone seems to make him different from the others.

We don’t know how much of their salaries these guys devote to good causes. One hopes they are giving to jobs funds or to some educational charity somewhere, but quite frankly, we doubt it. If they are, it might be in their best interests to let it slip somewhere. Because the unions have had enough.

How can you seriously look workers in the eye and tell them they’re asking for too much when you’re increasing your own take home above the levels they can ever dream of? How can the issue of inflation even enter the argument when you are just ripping the ring out of it yourself. And yes, we realise that banks and phone networks are different to manufacturers.

The fact is these numbers are going to add to an already volatile political scene. They weaken the entire argument of capitalism.

The fact is, at a time when as a country we are being urged to make sacrifices, to start a huge effort to get people into jobs, to create employment, economic activity, the executives are just laughing  their ways to the bank. They are showing through their deeds that they simply don’t care. So what is going to happen is Cosatu and its millions of members are going to take one look at this little lot and demand action? Because they have the data proving they are right. It’s perfectly logical and justifiable.

And all this before we add the unions’ killer argument. That paying someone so much money is not confirmation that they will do well at the company. It’s called the Peter Principle. That someone is promoted to their level of incompetence. We see it so often, someone runs a division or a section of a company well, gets promoted and then makes a hash of the whole thing. But because of the structure of our current system, some might call it the skills crisis, bad bosses get paid almost as much as good ones. And when they get sacked, they walk off with millions anyway.

And you wonder why our strikes are so violent. Surely there is a role played by the fact that our CEOs just don’t seem to care – and ostentatiously demonstrate their apathy. Perhaps there would be less bloodshed if people weren’t so bloody greedy, if it wasn’t about egos all the time. Can you imagine taking home a grand a month, knowing that someone in the same building took home enough to buy your entire home 300 times over? How long would you sit back and just take it. And when a union leader suggest causing trouble at the factory where you get treated in this way, wouldn’t you join in?

Legendary managerial guru Peter Drucker used to say that a company would start to lose focus, would lose any sense of teamwork if the boss got more than 25 times the average worker. No wonder we as South Africans sometimes seem to live on separate and very unequal planets.

And while the middle-class of South Africa continues to fight the ever-losing battle, those with the real cash will just bugger off to some better pastures overseas, taking their families with them, leaving the country to the politicians, letting them continue wreaking their brand of serious damage on the economy.  Such a wonderful picture. DM