ThinkFest: SA youth voices echo in an age of hope and d...

ThinkFest: SA youth voices echo in an age of hope and disappointment 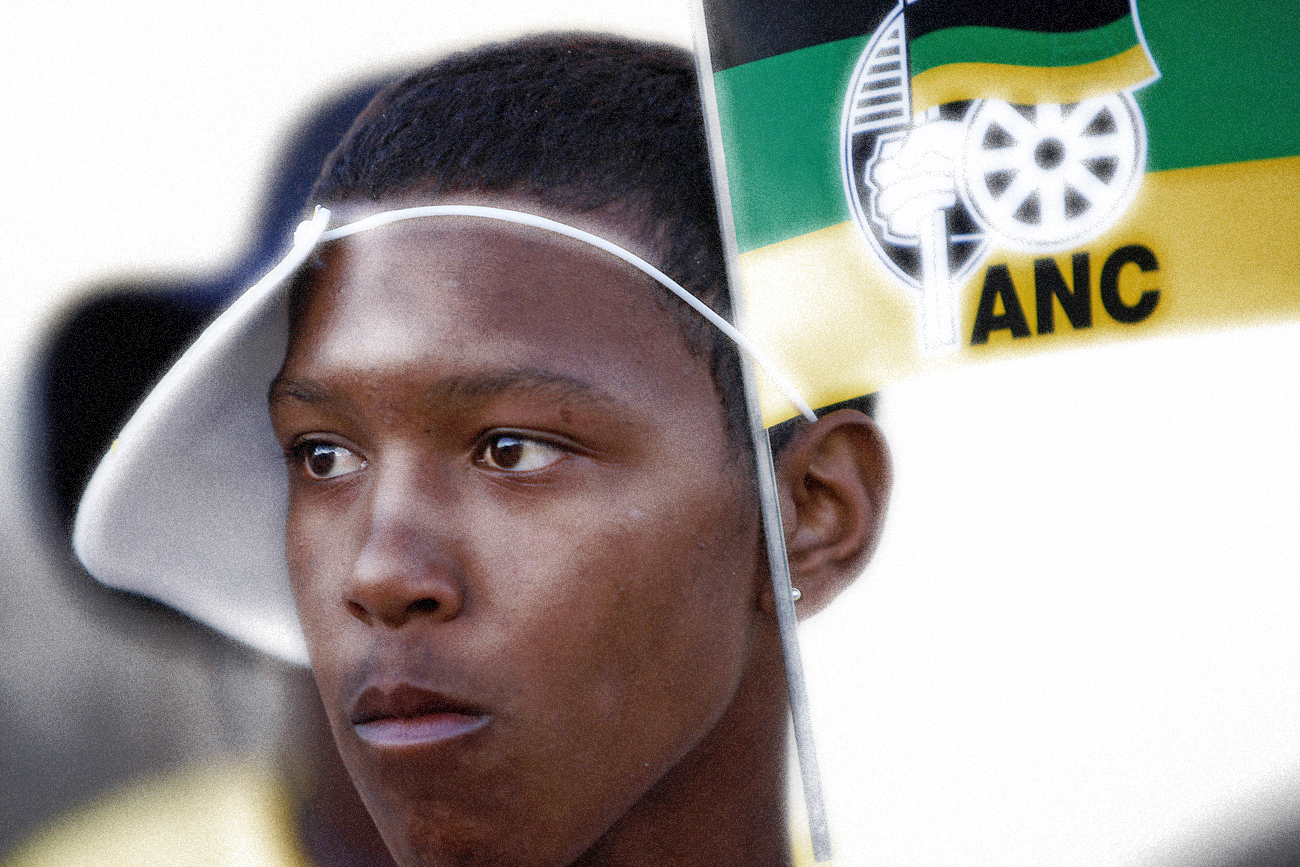 It was appropriate, given Grahamstown’s status as a university city, that its  2011 festival should close with a focus on the attitudes of the youth of South Africa – both towards their present and their expected future lives. J BROOKS SPECTOR was there as the curtain fell.

Since time immemorial, adults have complained about the lack of direction, purpose and energy on the part of the young ‘uns. In 1952 Adlai Stevenson warned his contemporaries that “Nothing so dates a man as to decry the younger generation”. The Broadway hit, “Bye, Bye Birdie” – patterned loosely on Elvis Presley’s impact on youth in the 1950s, an especially exasperated father sings wistfully: “What’s the matter with kids today? Why can’t they be like we were – perfect in every way? What’s the matter with kids….today?”

And so, Saturday came to Grahamstown and, amazingly, the day was bright, sunny, and, most thankfully – warm. And the electricity stayed on as well, after a week of random power cuts that had cropped up just as speakers and performers began their plays, lectures and concerts.  People had shaken off an early morning torpor after their Friday night adventures and had actually come forward to attend another Think!Fest lecture, this time University of KwaZulu-Natal economist Gerard Boyce’s presentation on the results of a major survey of youth attitudes towards politics and society.

Boyce introduced the results by joking that although he is an economist, given what the economists have achieved over the past three or four years to dampen the futures of the young everywhere, he felt a bit more comfortable introducing himself as a neophyte cultural anthropologist, as he tried to parse the thinking of South Africa’s younger generation.

The actual survey data he’d worked with dates back to 2006 – before the service delivery protests, the xenophobia crises, and also before the apparent upwelling of positive feelings around the Fifa World Cup. As a result, any interpretation about broad social change on the basis of his data was, necessarily, tentative. Nevertheless, Boyce took the plunge and said generally there had been two distinct, contrasting points of view about South Africa’s young. On the one hand, some– especially politicians – argued the country’s young were a generation in crisis. But there was an alternative, that held young South Africans could also be seen as positive agents of change. Regardless, Boyce’s reading of the data, as well as those of others with whom he had shared it, agreed:  The current generation of the young was different from the so-called “Class of 1976”.

Boyce used the tools of random stratified cluster sample surveys – statistical geek-speak for the way of winnowing down, via mathematical modelling, to a sample of around 3,000 people who represent a much larger population, balanced racially, ethnically, geographically and so forth. For those who distrust sample survey techniques, keep in mind that in the US at present survey companies routinely use samples that are sometimes less than 1,500 to represent a nation of more than 300 million people – so the technique is generally quite accurate, depending on the questions, of course.

In Boyce’s case, the researchers had wanted to gain insights into perceptions of life satisfaction, notions of the presence or absence of an emergent “South African identity”, feelings toward governance and social institutions (churches, schools, the press etc.) as well as a sense of satisfaction or lack thereof towards democracy. On the part of the researchers, there was serious interest in seeing if attitudes were different between the country’s standard racial groups (black, coloured, Indian and white) – and between 16 to 24 year olds versus 25 to 35 year olds. As a throwaway line, Boyce noted South Africa had an unusual way of defining youth (we wonder if it’s been borrowed from the ANCYL membership form) that includes adults up to their mid-thirties statistically as “young people”.

Specifically, on a scale of zero to 13, trust in national institutions was almost exactly the same for both age categories, but varied from 8.5 for blacks down to 4.8 for whites. (The methodology gave respondents a chance to rank their trust levels for each of 13 different types of institutions and then to calculate an average to reach broader measures of institutional trust.) Interestingly, these results seemed rather at odds with conventional wisdom that young blacks have least trust in national institutions. This is something that clearly merits further examination – and should be of real interest to politicians.

When Boyce and his team turned to questions of political participation – such as whether respondents were satisfied with the nation’s emergent democracy and a sense of civic responsibility for voting – the national totals by age were almost identical.  By race, however, blacks were more satisfied and whites significantly less so. Responses for responsibility for participating in voting and whether or not voting was important, however, were much closer together, regardless of race. On satisfaction with service delivery, moreover, group averages (by age and by race) were universally low – perhaps presaging the rise in service delivery protests that broke out shortly after this data was captured and compiled.  Overall, fewer than half of any group reported that they were satisfied with service delivery.

By contrast, however, when young people were asked if they were satisfied with life – if life had improved over the past five years and whether it had improved for “people like me” – by age, results were almost uniform (except for those older than 35) and about concerns over the next five years. However, when subdivided by race, they told a different tale. Coloured, Indian and white respondents had significantly lower opinions about this in the upper age ranges.

On the other hand, all respondents felt favourably inclined towards questions such as whether or not “it makes me proud to be called a South African”; “being a South African is an important part of how I see myself” and “I would rather be a citizen of South Africa than any other place”. Given these somewhat surprising results, Boyce asked whether the widely reported patriotic glow around 2010 was really just a continuation of what had been building in South Africa for the past five years or more.

Taken as a whole, though, Boyce cautioned that, although his data had shown there were some differences across racial categories, overall, there was little difference by age cohort. He summed up by saying young people were generally neither pessimistic about the future nor particularly cynical about it either. But crucially, young South Africans were not yet holding homogeneous attitudes and approaches to life, its challenges and promises. For Boyce, a key question was where young people were “evolving out of” in terms of their attitude formation, rather than where their future direction – where they’re coming from, rather than where they’re going to. This seemed especially crucial in terms of ideas about what actions to take to meet their expectations divided along lines of age. Now that would be an area clearly deserving a lot more research by government, businesses and other national institutions. As far as Boyce could read into his results, the so-called “Class of 2010” should be seen as the cohort of disappointment – and that too is something that cries out for more attention, more research and more evaluation and understanding.

For the remainder of the session, Boyce was interrogated by a group of sharp, opinionated representatives of the very people he had studied. Inevitably, perhaps, given that the audience was young and the data was about the young, the conversation turned towards the digital divide and how young people – and especially less wealthy, privileged ones – need help to become digitally enabled.

And here Boyce’s response was fascinating. He reminded the gathering that the people who actually need help the most are older people, specifically older females from the most disadvantaged sectors. They were the least likely to have had a chance to enter the digital universe. And if you don’t believe this, do your own sample survey and ask people on a farm, at a church gathering, at a gathering of a stokvel, in a shopping queue or on a street corner. More and more, young people of all backgrounds are using new data-enabled cellphones, but it is their grannies who are still waiting to join the digital revolution.

Someday, a smart politician or business person is going to figure this out and make a plan – and a lot of money, one rand at a time. DM

Photo: A youth is adorned with flags of the ruling African National Congress (ANC) during an election campaign event in Cape Town’s Mitchells’ Plain township April 14, 2009. The country goes to the polls on April 22. REUTERS/Mike Hutchings.