The Mentalist & the eternal magic that still burns brig...

The Mentalist & the eternal magic that still burns bright 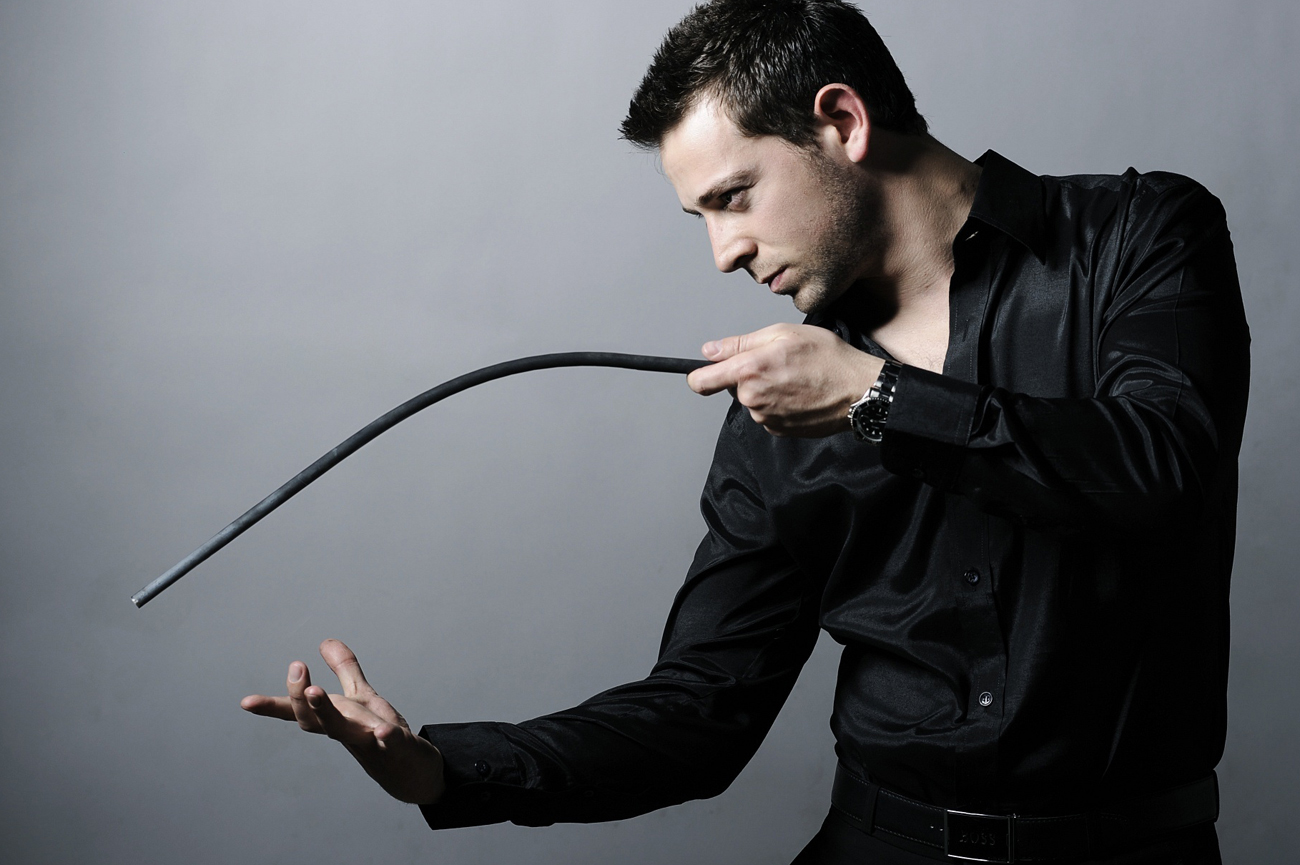 Despite our Google search engines, satellite surveillance and iPad wizardry, there is still such a “transport of delight” in being baffled beyond belief by magicians that we secretly don’t want to mar the mystery by knowing how the heck they do it. So LESLEY STONES revelled in Gilan Gork’s one-night show, “The Mentalist”.

I know there are things going on around me that I’ll never comprehend. I don’t mean crime or politics or economic things. I mean the supernatural, otherworldly stuff. May the Force be with you, and all that.

Having the ability to tap into those powers like Gilan Gork can do must be amazing – unless it’s all smoke-and-mirrors hocus-pocus. Gork calls himself a “mentalist”, and his one-night show at the Joburg Theatre was astonishing. You watch for the trickery, strain your ears to check whether someone was whispering answers to him, debate whether there’s a simple explanation to the feats he performed.

When the show at the Joburg Theatre started 15 minutes late due to “technical problems” you cynically suspect some fork-bending machinery backstage is playing up. But once he arrives it’s absolutely intriguing.

“You are about to see awesome things that seem like supernatural psychic powers,” he says. “I’m not psychic. Everything I’m about to do is tapping into abilities we all possess.” He talks of setting goals and believing in your dreams. If you can picture it and believe it, you can make it happen, he says.

Magic is an illusion, but this isn’t. This is more about psychology and predicting the way people will react. Unless I was the only non-planted member of the audience. He throws out a ball and calls the person who catches it on stage. Yet at one point Gork didn’t invite up the person who caught the ball, but the girl sitting next to him. Afterwards she admitted that her boyfriend has an inscrutable face, while her expressions are incapable of keeping a secret. But calculating whether somebody is lying when they say this is the envelope with a cheque inside is only half the tale. When Gork is blindfolded, how does he describe sketches drawn by people in the audience? Can you really pick up the collective brainwaves from a crowd, as he tells us he is doing? He bends cutlery without touching it, channelling the power of a volunteer into making metal pliable. So pliable that the tines of one fork fell off. He must be a nightmare at a dinner party.

Gork is young and chatty, but the show would benefit from being a little slicker. His assistant prop remover shuffles around in a most ungainly style, while a game of musical chairs to pick some lotto numbers dragged on. Some razzle-dazzle would make it even more impressive, without destroying the home-spun message of “You can do this too if you train your brain”.

Even if it is all subterfuge and trickery, it’s worth applauding. The last trick is the most likely to involve some sleight of hand. Otherwise Gork knows what random people will say before we’ve even taken our seats.

He’s written a highly improbable scenario for a holiday in bold letters on a sheet of paper, along with a lotto ticket marked with preselected numbers. They’re in an envelope locked in a box hanging overhead, which remains untouched until the final dénouement. When the suggestions from the audience are exactly what was in the box it’s a goosebump moment. Yet my own unexpanded brain still wonders whether he somehow created a new envelope containing hastily written answers without me seeing.

Maybe I should Google “How to do mental tricks and baffle large audiences”, but I won’t. I like the mystery, and the possibility that much more is occurring than we mere mortals can discern. I believe. I believe I may be wrong too, but what if Gork is right? DM