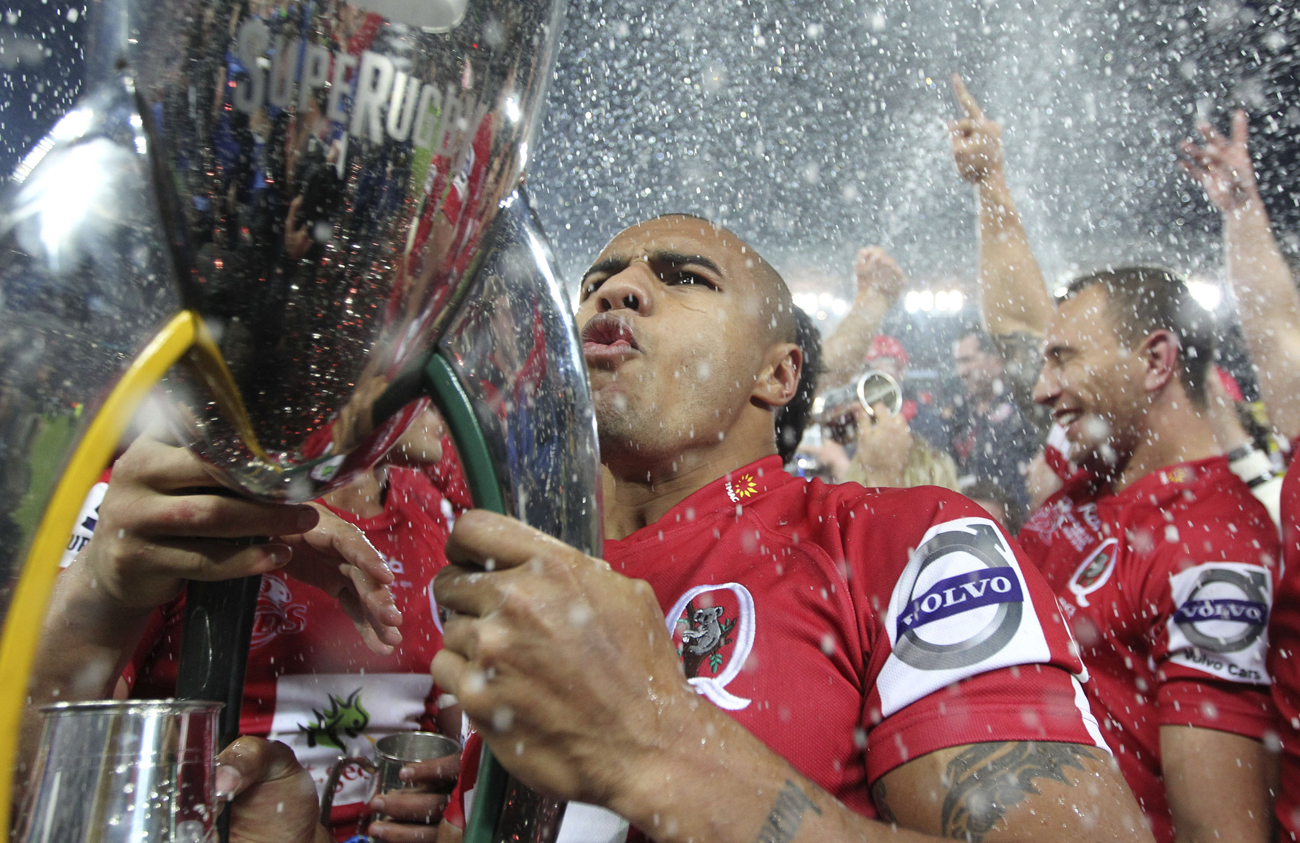 A season that started in slumber (and in summer) and slowly built up to a crescendo of quality rugby, ended with a victorious Reds team lifting the Super Rugby trophy, edging out the sentimental favourites, the Crusaders, 18:13. By STYLI CHARALAMBOUS.

It’s hard to believe that only four short years ago, this Reds team were the whipping boys of Super Rugby. In the final round of the 2007 competition the Bulls ran riot to score, a then-record, victory of 92-3. But this Queensland team, still far from reaching their peak, now has their name etched in the history books as the victors of the 2011 competition.

In near-perfect conditions for rugby, this keenly anticipated final began with an intensity that belied the scoreboard for much of the first half. Many were expecting a tight contest, but few expected an untroubled scoreboard 32 minutes into the game. Not that the encounter was without thrills and spills in that time. The breakdown, in particular, was hotly contested and resulted in the ball being coughed up more times than either side would have deemed acceptable.

With more possession and a gaining ascendency in the scrum, the Crusaders would have been disappointed that the first score was a Quade Cooper penalty from a Dan Carter infringement in the tackle area. But it was Carter who, two minutes later, displayed some of his creative rugby genius, chipping through an advancing Reds defence to collect his own grubber and open the try scoring under the poles. A Carter conversion and another Cooper penalty soon after led the teams into half time with the score at 7-6 to the Crusaders and a vociferous home crowd sensing just how evenly poised the match was at that point.

It was after the half-time changeover that the game really came to life.  A Robbie Freuan midfield break should have resulted in a Sean Maitland try, but instead only resulted in cries of despair from Crusaders fans, as the ball spilled forward with the try-line beckoning. Up to that point, the men from the land of beards and rugby had managed to shutdown the Genia-Cooper axis of anxiety, and were looking the more likely to cross the opposition try-line. So when Big Bad Brad Thorn decided to go for the try-line and ignore the five-man overlap on his outside, you could almost hear the groans from across the Tasman Sea as the TMO correctly adjudged his efforts to be held up in the tackle. It was missed opportunities like this that would later come to haunt the Crusaders.

There were too many errors and turnovers for this match to be called a classic, and both sides were guilty of some aimless kicking that we’ve only come to expect from a Fourie du Preez-less Springbok side of late. And it was just such a kick from Andy Ellis, fielded by Genia and fed to twinkled-toed Digby Ioane that led to the next score. Carving up the Crusaders midfield like a tender Sunday roast, Ioane sped through a gap in the defence to cross the try-line and show off some celebratory moves that would have made John Travolta proud. A Cooper conversion made the score 13-10, with half an hour to go, and the crowd were sensing their underdog team were on the verge of greatness.

The intensity of the match did not let up at any stage and these two teams had shown throughout the season the ability to score from anywhere, regardless of the state of the game. And when lock forward Rob Simmons showed agility and speed off the mark to intercept a stray Crusaders pass, the home team looked like they had one hand on the trophy. Instead, Bryce Lawrence, (and the Kiwi-laden panel of Sanzar referees that adjudged him the best of the tournament) showed why Specsavers will soon be approaching them for sponsorship as the try was disallowed, much to the dismay of the partisan home crowd. Poor refereeing decisions like that often have ability to sway the course of a match, and give the losing team something to whinge about after the game. Something with which we South Africans are all too familiar. But the men from Brisbane brushed off the incident and continued to spar with a Crusaders team still dominating the scrums. Home team possession was lost on several occasions by virtue of a collapsed or 90°-wheeled scrum. Fortunately for the Reds, this dominance was offset by a poor evening at lineout time, with four lineouts going against the throw and giving the lost scrum possession straight back to the Reds.

With 12 min to go scores were level and the title still up for grabs.

If their forwards struggled up front, the stats will show that Reds had six line-breaks to the two of the Crusaders. And boy did they make them count! Genia, who had been subdued by a stalker-like defence all evening, found space in front of him from a loose maul inside his own half. Spotting a gap, the little general sped off towards the try-line with Cooper in support and desperate Crusaders defenders in chase. Most were expecting his little legs to run out of steam before the 60m dash to the try-line was over, but his will and reach got him over the line to take the score to 18-13 and leave us with an exciting final 10 minutes of play.

The Reds defence, however, held strong and soaked up all the Crusaders could throw at them in the closing moments to the game and deny the men from Christchurch a fairytale ending to the season. An emotional Reds captain, James Horwill, lifted the Super Rugby trophy not long after the final whistle to complete an incredible revival of fortunes that began four years ago and that very few would have bet on succeeding.  In his acceptance speech Horwill thanked not only his teammates and coach, but the entire board of Reds Rugby for this amazing revival. Lions management please take note, this is how you do it. DM

Each one of the three (official) tries scored, all were pure class.

Seeing more tattoos on the rugby pitch than at a Kid Rock concert.

The Reds coming of age and the brave Crusaders reaching the final under adverse conditions.

The carbon footprint of the Crusader’s team.

The conference format and the loooooong season. Why oh why can’t we just use the Heineken Cup and Rugby World Cup format, when the 16th team is included?