Nik Rabinowitz is getting seriously funnier

Nik Rabinowitz is getting seriously funnier 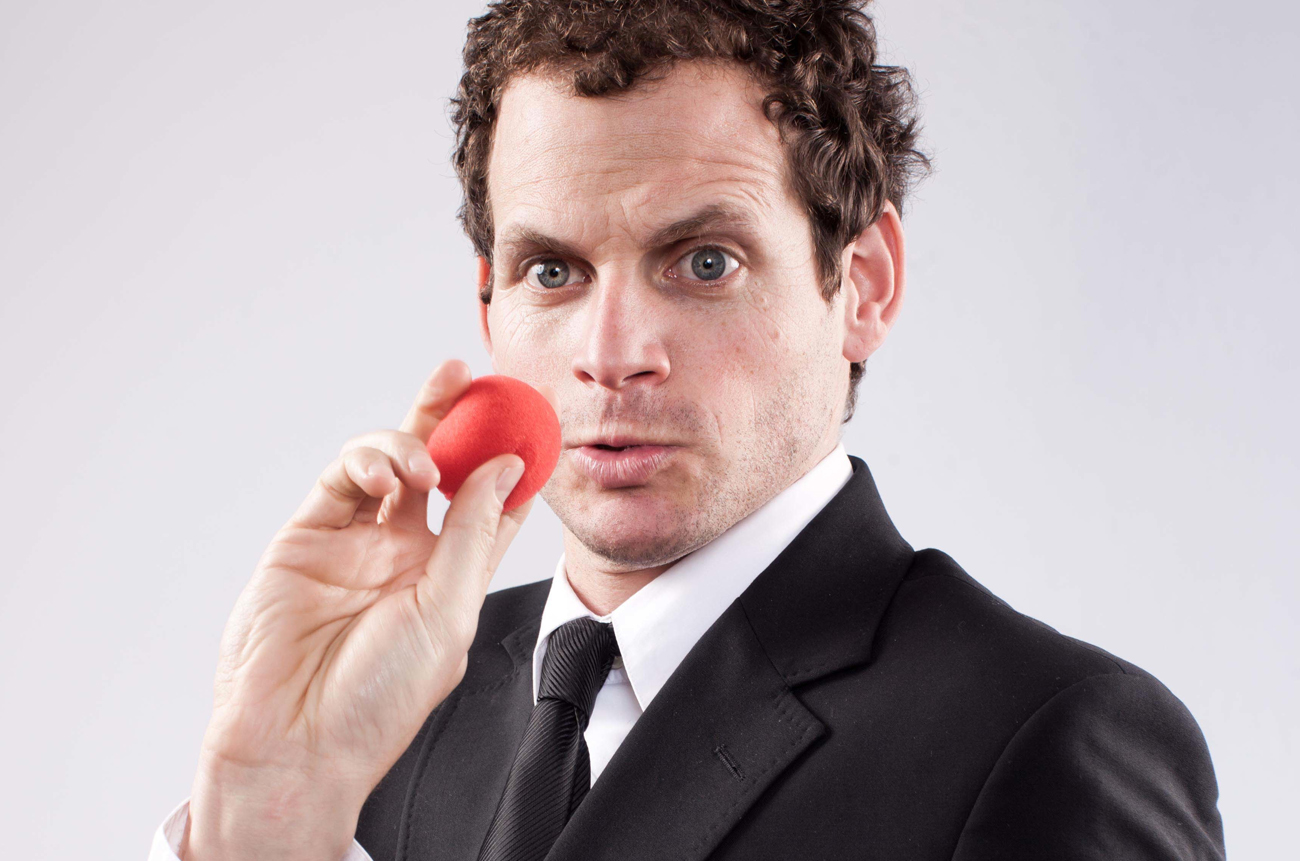 I’m not in lurve, but there’s definitely a bit of a crush developing. Well he’s cute, charming, intelligent and extremely funny, so what’s not to like? And most other women in the audience feel the same when comedian Nik Rabinowitz takes to the stage. If not over him, then over his sidekick, the singing comic Tats Nkonzo, confesses LESLEY STONES.

Don’t worry, the men love them both too, but in a different way. Perhaps.

Stand-up comic Rabinowitz has graduated to the main stage at the Market Theatre and it’s a big, daunting space to fill. But his easy charm quickly engages the audience so the space diminishes and it all feels rather cosy.

He rattles through the standard fare for local laughter, bringing up Julius Malema, Jimmy Manyi, toilets without doors and chaos in the clouds as taxi drivers take to the skies. The flying taxis have given him plenty of great new material and his brilliance at mimicking accents and mannerisms make each story delightful.

He’s called his show “You Can’t Be Serious”, and highlights the latest political gaffes and social misbehaviour to emphasise the ridiculous, the suspect and the exceedingly dodgy. He impersonates Malema, Peter de Villiers and Desmond Tutu, with his expressive face and sometimes manic eyes making it physically as well as verbally brilliant. This isn’t roll-on-the-floor-choking comedy, nor the throw-in-lots-of-swear-words kind. It’s clever, well-observed wit and satire stretching normal situations into the absurd. He has a delightful way of parodying the different races without belittling any of them, and his fluency in Xhosa gives us memorable scenes where he’s commenting on football and rugby matches. You don’t need to check whether the blacks, the Indians, the coloureds or the whites in the audience are still laughing when it’s their turn under the spotlight, because you can hear their guffaws.

He does a lovely Sandton kugel too, and really plays on his strengths of accurate gestures and flawless voices to bring his characters to life.

Thankfully he’s dropped the habit of previous shows where he stops being Rabinowitz to become these characters completely, because that never worked well. A witty line here and hilarious mannerism there are far more effective than trying to sustain several minutes in one guise.

The show opens with Tats Nkonzo singing reworked versions of soppy love songs that totally mislead the women. The one about making love to you all night long ends in some sleepy snoring sounds. “Wonderful Tonight” gets an overhaul too because it’s about time someone tailored a song for the polygamists among us. Rabinowitz himself performs for about an hour, long enough to satisfy, but short enough to leave you wishing there was more. DM

“You Can’t Be Serious” with Nik Rabinowitz runs at the Market Theatre until 16 July.