Nearly everything you need to know about Prince Albert...

Nearly everything you need to know about Prince Albert II 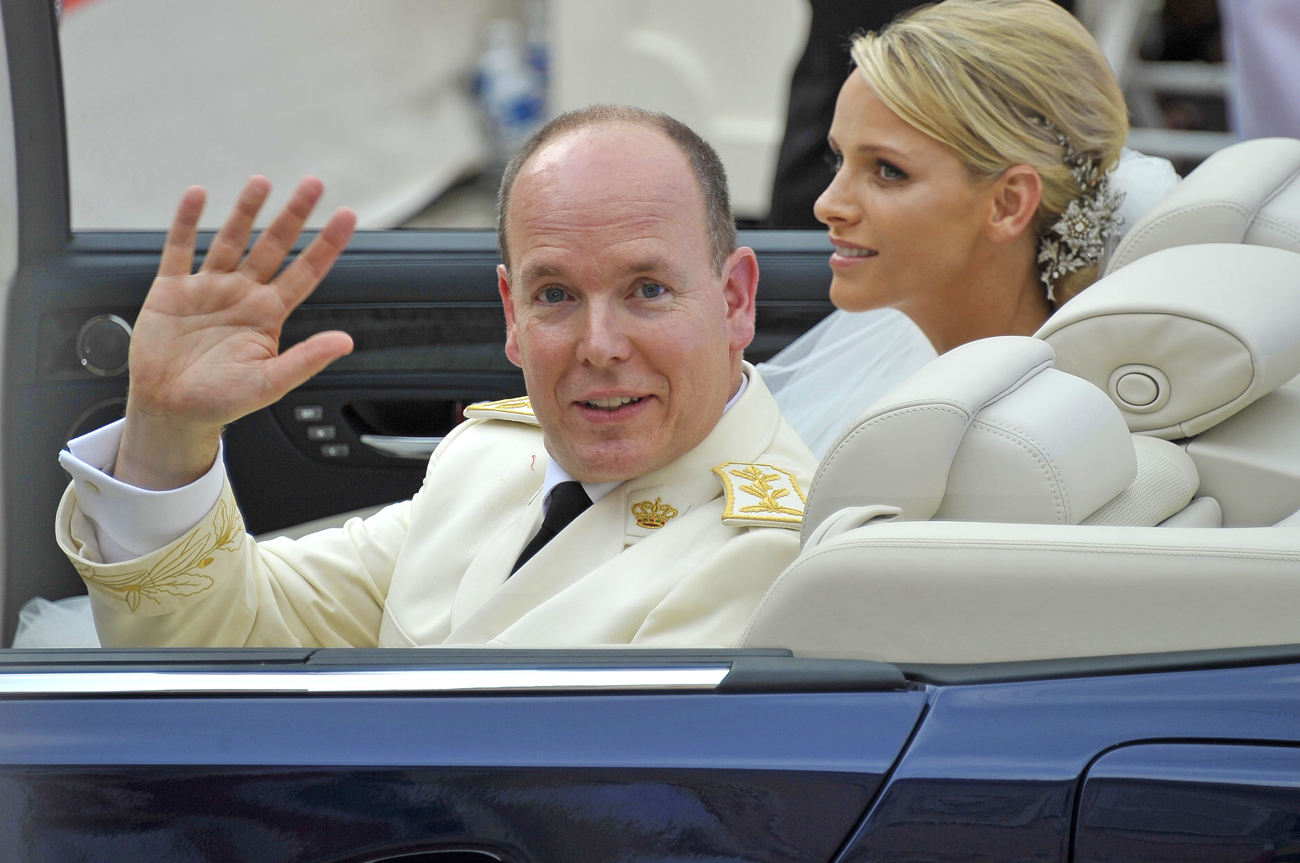 Want proof that ordinary human beings will elevate obscure royals to the status of useless celebrity without much prodding? Need any further evidence that the editors of Hello are responsible for a cultural holocaust equal to, and perhaps greater than, anything the National Enquirer could dream up? Meet Albert Alexandre Louis Pierre Grimaldi, aka Albert II, Sovereign Prince of Monaco. By RICHARD POPLAK.

Let me say this much for the toff who is the subject of this profile: I once drank an espresso in his little fiefdom, and it wasn’t as expensive as I’d expected. Once a flea-bitten medieval backwater, Monaco is now a high-end parking lot for Ferraris. I’ve never been able to figure out why Monaco exists, let alone the particulars of its allure. Kabul has better food; Springs has better dress sense. It is an exhausting joint, full of people tanned into a form of carcinogenic leatherette, all there because of some unwritten social code that sends them across the globe in peripatetic protection of their status. The espresso, by the way, tasted like a moist ashtray.

Glamour has its own rules. It is like an unstable, aged chocolate Labrador, who finds the most inconvenient spot in the house to plonk his ass down, refusing imprecations to shift slightly to the left. So is it with Monaco. Grace Kelly made it her home, ergo it is a place to see and be seen. (Why was I there, you ask? Very good question.) But Monaco holds an important spot in what remains of Western culture. There is an entire industry that flourishes on the backs of Europe’s fading royalty and the clan who run Monaco are only too happy to contribute. There they sit, in a preposterously overstuffed anteroom of some ill-gotten palace, smiling out at us in all their finery, Photoshopped into waxy corporeality by Hello magazine’s art team. Ooooh, swoon the un-Photoshopped. How lovely.

The tip of the principality’s PR celebrity spear is, of course, its dashing sovereign, Albert II. Although he’s a prince, he’s the de facto king of the joint; because principalities do not have the same fullblown status of nation states, the divine right to rule is downgraded to a B -. His poppa was old Rainer III, the guy who made an honest princess out of Grace Kelly. Lest you think the Rainmeister strayed too far from the royal penchant for keeping it in the family, after Kelly died in a car crash, he shacked up (insofar as you can shack up in a billion-dollar palace) with his second cousin, Ira von Furstenberg. Hey, leopards don’t change their spots, and nobility don’t change their epaulets.

Rainer III transformed Monaco from a version of Deadwood into a version of Sun City, practically overnight. Instead of encouraging gambling, Monaco mandated gambling in the form of a tax haven. Who loves tax havens? Dictators, authoritarian nutjobs and mass murderers do. And they came aplenty, stocking the larder with their dragoons and their blood money, until conventional gambling was only 3% of tiny Monaco’s GDP.

Into this swirl of dash and panache was born — in the year of our Lord 1958 — a prince of whom much was expected. For the most part, he has delivered. The tofflette went to Albert I High School, where he apparently got very good marks. (You would too, if your school was named after a relative.) He graduated from Amherst College in Massachusetts, where he dabbled in political science and the humanities. He was quite the athlete, excelling at sports at which common folk never get to try their hand. (Fencing? Javelin?) He has been on every Monaco Olympic bobsled team since Calgary, which is actually not the punchline to a joke. Apparently, he stays at the Olympic village when he competes, demanding the same treatment as the rest of the athletes. Ah, the legendary common touch! To consolidate his sporty credentials, he serves as patron of Monaco’s football team. Assembling that squad is like trying to gather a minyan in Vatican City.

In a drama worthy of daytime television, with his old man on his deathbed, in March 2005, Albert took over the regency. A day later, Rainer breathed his last, and Albert became the CEO. All his political science education would be needed to — nah, just kidding. The serious business of securing an heir to the throne, or whatever princes sit on, was under way.

When I say Albert II has the common touch, what I really mean is he likes to touch commoners. Nobility who behave like he did are called “playboys”; the unwashed who behave the same way are called “irresponsible douche bags”. Apparently they don’t know from condoms in Monaco, for the prince has knocked up several fair lasses. He is daddy to Jazmin Grace Grimaldi, born to a California woman, and Alexandre Costa, sired through a liaison with an air stewardess from Togo. After paternity tests, the citizens of Monaco now pay child support for two bastards. DNA’s a bitch.

The rest of the story, you probably know. It has a South African angle in Charlene Wittstock, she of the shoulders, who on the 1 July became a real-life princess. The couple was first seen together at the 2006 Torino Olympic Games and were engaged last year. Wittstock was once a competitive swimmer, but since she bagged a prince it’s been elocution lessons, finishing school and French classes, to better scrub the Rhodie out of her. (She was born in Zimbabwe, and moved here when she was 11.) Theirs was the second royal wedding of this busy, busy year, and suffered media-wise because of it. What a shindig it was, though. Apparently the smoked salmon canapés were to die for.

Thus ends this parsing of the life and times of a prince. I should probably add all his charitable work here, but I’m not up for it. (He’s big on bluefin tuna, which is all I’ll say about that.) We here at Daily Maverick wish the beautiful couple the best of all things. Now, we’ll go back to our version of playing the Monaco slots: kissing frogs. Just ask Charlene—those princes bank some cash! DM