Brisbane promises breathtaking rugby as Reds face off to Crusaders 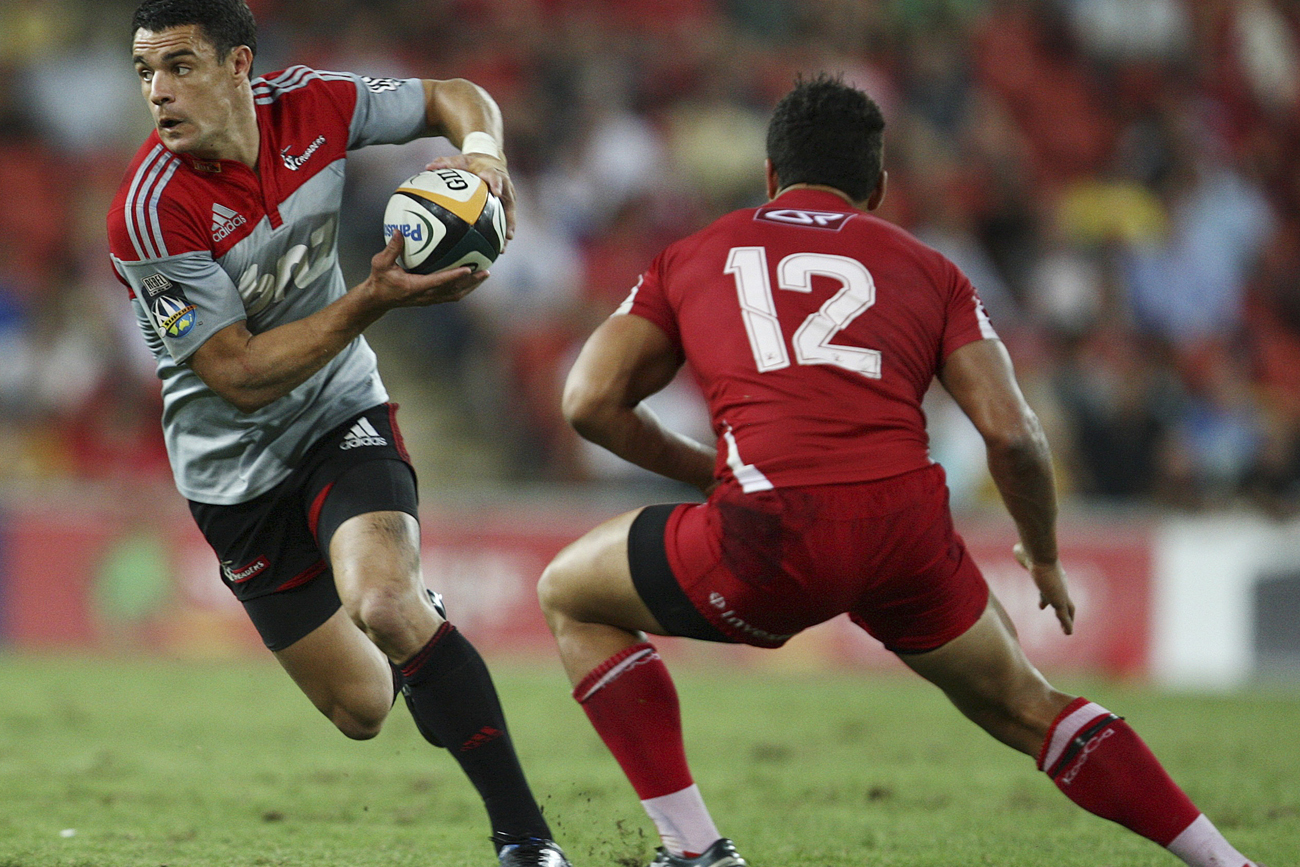 Not even the most ardent or biased of fans will disagree with the claim that the two best teams in this year’s Super 15 competition are contesting the final. After 141 days and 124 bruising encounters, this tournament culminates with the Reds and the Crusaders contesting the right to lift the Super Rugby trophy at Suncorp Stadium. By STYLI CHARALAMBOUS.

The Crusaders have won new fans this year with the way in which their performances have overcome the adversities, both emotional and physical, of the 22 February earthquake that devastated Christchurch, their home city. For them, just making the final having played every single match away from their home ground is an accolade in itself, although no one from the North or South Islands would be content with just having made the final.

The Reds, building on their scattered promising performances last year, have shown us they are a quality side throughout the season, making a mockery of those claiming the conference-style format was devised to ensure Australian participation in the final rounds. They have added consistency and winning ugly to their armoury, evidenced by a number of narrow victories that may have gone the other way in seasons past.

On Saturday they will face the Crusaders who are the most successful Super Rugby franchise in history, having won seven titles and appeared in another two, with their most recent triumph coming in 2008. So it goes without saying that the men from Canterbury know what it takes to win finals. Their team is littered with current and future All Blacks and, in captain Richie McCaw, they have rugby’s version of Chuck Norris.

The Reds have to go back to the glory days of the ’94 and ’95 seasons when they dispatched Natal and Transvaal, respectively, to claim back-to-back titles. Victory in those days came courtesy of the Reds fielding a plethora of Australian legends such as Tim Horan, Jason Little, John Eales and David Wilson. While this current squad of rugby entertainers may not have a team as complete as that of yesteryear, they are fast maturing into a team that do the hard yards and dazzle with brilliance that often leaves spectators in disbelief.

Match-ups are inevitable in contests of this magnitude and the most high profile will be the battle between the two best flyhalves in world rugby. For so long, Dan Carter has been the undisputed master of the No 10 jersey. An eye for the gap, a deadly accurate boot and solid defence have made Crusaders and All Blacks coaches the envy of opposition teams all over the globe.

But now Quade Cooper threatens to dislodge Carter from his throne, by backing up his last season’s performances with consistent jaw-dropping moves this year to prove he is no one-hit wonder. If Cooper can re-adjust his place-kicking radar that suffered a mild malfunction last weekend, rugby fans will be treated to a battle royal as the pivots face-off on Saturday.

Inside Cooper the effervescent Will Genia, at scrumhalf, completes the axis of worry that threatens to prevent the Crusaders from a achieving a record eighth title and the hearts of those remaining few rugby fans that have yet to succumb to the magnitude of what the Crusaders have achieved this season. Genia and Cooper have wreaked havoc with defences the entire season and more importantly continued to do so even when their forwards were battling up front or when the team was starved of possession. Last week, for example, even though the Blues managed to dominate territory and possession, the Reds still managed to progress into the final with relative ease and comfort in a 30-13 victory, thanks mainly to the brilliance of Generals Genia and Cooper.

While Todd Blackadder, the Crusader’s coach, will have no problems identifying the biggest threat in the Reds team, in Cooper and Genia, his counterpart may have trouble singling out any one of the starting line-up. From the front-row man-mountain Wyatt Crocket to the rugby-league convert sensation Sonny-Bill Williams, almost every Crusader has the ability to turn a tight game on its head. A moment of individual brilliance is usually the difference in matches such as this one –  too close to call,

Even though the Crusaders start as slight bookies’ favourites at 6:10 odds, Reds players and fans will take heart from the round robin encounter on 29 May, when Cooper bagged a last-minute McCaw-induced penalty to take the game 17-16. The Reds should also draw confidence from finishing top of the log of the competition and they will go into Saturday’s match knowing they have the quality to beat any team wearing Super Rugby badge.

So where am I putting my money? Last week, we spoke of the demolition derby at Newlands where the performance of the Crusaders forwards sparked jokes about the disappearing whereabouts of the Stormers pack. If they can dominate the scrums like they did in Cape Town, which will make neutralising the threat of Genia and Cooper that much easier, I think the team that has travelled nearly 114,000km this season may sneak the title and a fairy-tale ending. It certainly won’t be a walk in the old Lang Park, in front of 48,000 rooting Aussie fans, but either way we’re in for an exciting end to what’s turned out to be a most entertaining season of Super Rugby. DM