Returning soon to every media outlet near you: Julian A...

Returning soon to every media outlet near you: Julian Assange 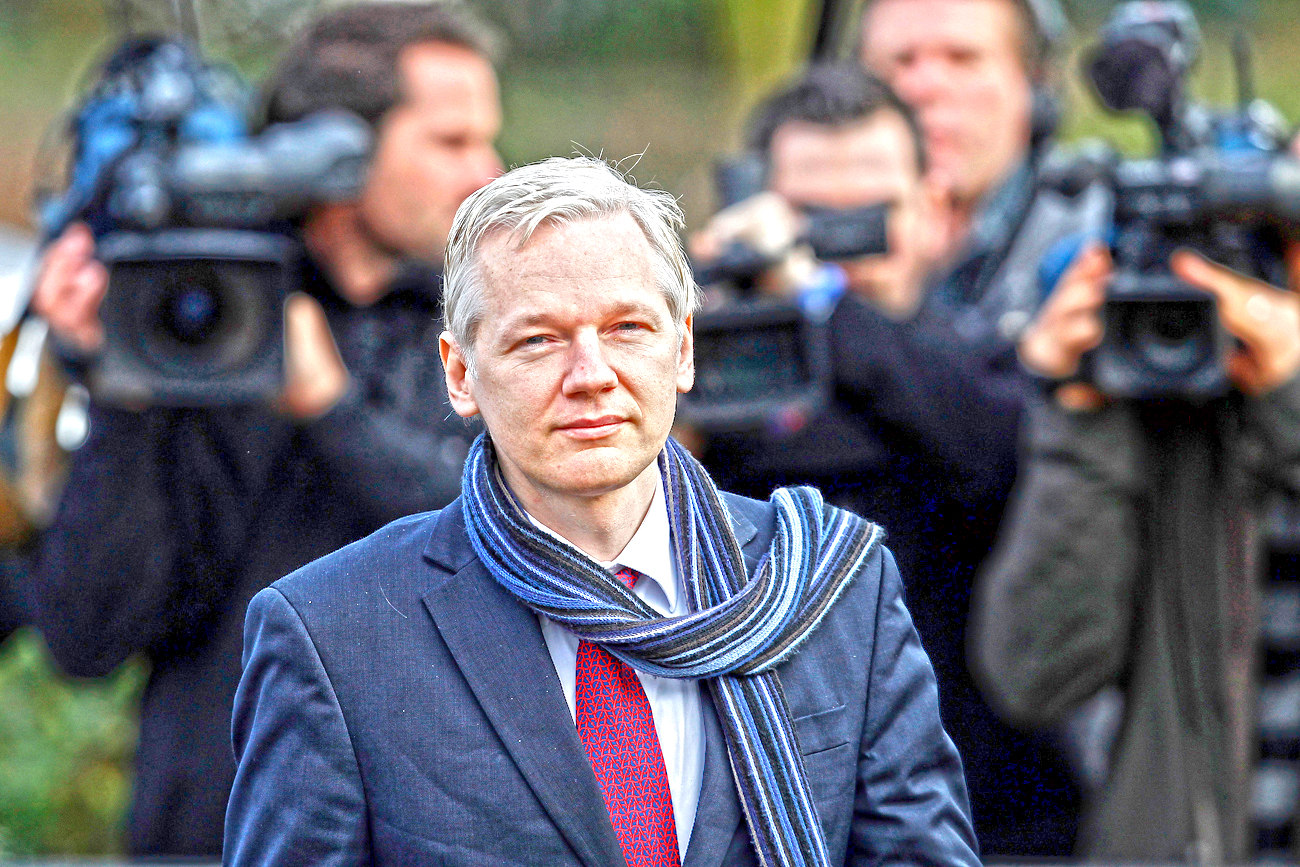 When we left Julian Assange, a British judge had ordered his extradition to Sweden to face charges of sexual assault, while he in turn warned of dark consequences for the entire planet. Some four months later, he’s still holed up in a sprawling country mansion in England, waiting for the hearing where he’ll fight the extradition order. In a few days he’ll get his chance. By SIPHO HLONGWANE.

While the extraordinary tale of Assange hasn’t exactly faded from the public consciousness, the media frenzy has certainly slowed down, supplanted by Islamic revolutions, Japan tsunamis and the death of Osama bin Laden. The founder of WikiLeaks was supposed to be on his way to Sweden within 60 days of 24 February, when a British court ruled that a European Union arrest warrant issued against him for questioning was valid, and that the charges on which he is in Sweden were extraditable offences.

The hearing was a bit absurd. Assange’s lawyers ominously suggested the charges against the Australian were actually a cover up for the US to haul the man who had published their secrets off to Guantanamo Bay in chains.

Assange faces questioning on two counts of sexual molestation, one count of unlawful coercion and one count of rape. The two women accusing him were both WikiLeaks volunteers at the time. The British judge swept all the objections by Assange’s legal team aside. Assange appeared to have left Sweden last year to deliberately avoid interrogation, the judge said, and under the circumstances the Swedish prosecutors had every right to issue a warrant for his return and interrogation.

Assange’s legal team immediately appealed the decision, leading to the four-month lull while everyone waited for a hearing date to be set. The two-day hearing is now set to begin on 12 July, according to the BBC.

In the meantime, the latest cache of classified US diplomatic cables is being leaked in drips and drabs by WikiLeaks. At the moment 15,948 out of 251,287 cables have been published. Now that the dust around the actual diplomatic cables leak itself is settling, the suing and counter-suing and threats of lawsuits are being tossed back and forth. The US department of justice created a brief flurry when it ordered several websites to hand over the private data of several key WikiLeaks members so it could be used in a possible case against WikiLeaks. Thanks to federal laws that protect those who publish leaked information, but not those who leak it, the US is trying to find whether or not anybody at WikiLeaks (including Assange himself) aided or abetted the US private who leaked classified information to the organisation.

In June this year, WikiLeaks threatened to sue Visa and Mastercard after they suspended payments of donations to the organisation, a decision which WikiLeaks says was motivated by pressure from the US government.

The media focus on Assange hasn’t subsided much since the heady days of December 2010 – March 2011. Assange is currently residing in the Norfolk mansion on Henry Vaughan Smith, a former army captain and journalist, where the media followed him to take photos as he took walks on the grounds and generally lolled about the house.

Rumours are that HBO is in pre-production phase of making a film about Assange and WikiLeaks. The film will reportedly be based largely on Raffi Khatchadourian’s epic feature on Assange published by the New Yorker in June 2010. “With a writer, director and producers locked in, HBO’s TV movie is on track to beat to the screen the myriad WikiLeaks features that are in the works, including one at DreamWorks, which also is in active development,” Deadline Hollywood reported.

A person who won’t be feeling smug about the post-Cablegate fallout is Bradley Manning, the US private suspected of having leaked the massive caches of classified documents and videos to WikiLeaks. He was arrested in Iraq in May 2010 and held in a military base in Kuwait until he was transferred to solitary confinement at the Marine Corps Brig in Quantico, Virginia, from July 2010 until April 2011. Manning has now been moved to a medium-security jail at Fort Leavenworth in Kansas, a decision which may have partly been motivated by a letter indirectly addressed to Barack Obama and signed by 295 legal scholars who called the conditions of Manning’s detention unconstitutional.

Manning currently faces 22 new charges (on top of the two on which he was arrested) after the US military threw the book at him, including “aiding the enemy”, which could carry the death sentence. Prosecutors said they wouldn’t be seeking capital punishment in this case.

The US army has attempted to round up and protect informants whose names were published by WikiLeaks, but admitted that it “didn’t get them all”, according to NBC News.
Manning faces a straightforward court martial which could very well end with him spending the rest of his life in prison. Assange’s future is more complex than that. The British courts could very well send him to Sweden again, where he could be questioned and then released. Or questioned and then put on trial and eventually jailed. Even if he does go free in Sweden, the US department of justice could find a way to bring charges against Assange and his WikiLeaks colleagues that could stick long enough for them to face a jury in the US. DM