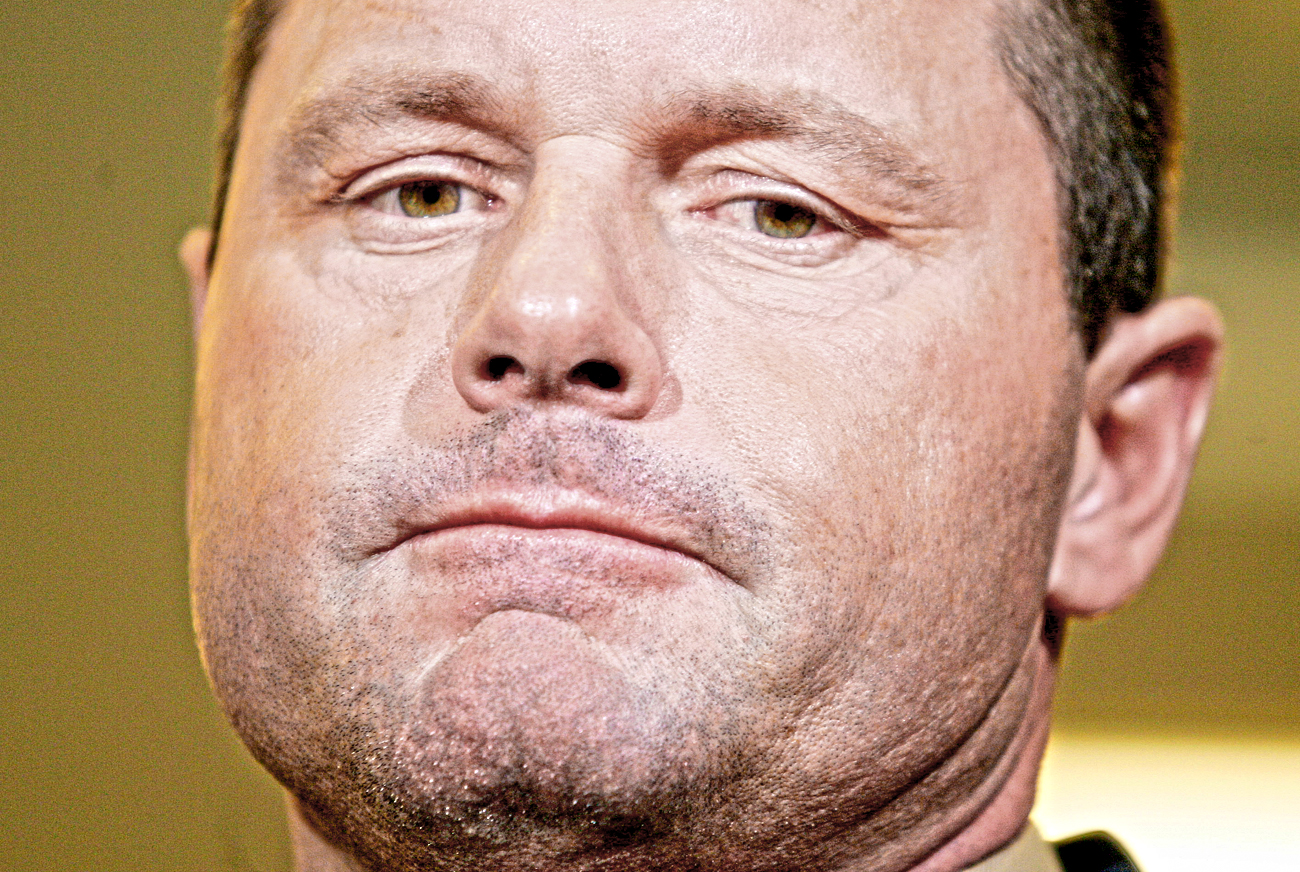 South Africans don’t get baseball. If they did, Roger Clemens would be as much of a hero here as he is in America?a huge armed pitcher who’s conquered batters for 23 seasons. He should be clearing a space for himself in baseball’s Hall of Fame. Instead, he may be warming a bunk in a prison cell, all for lying under oath about steroid use. As they said millions of times, it is not about the crime – it’s about covering it up. By RICHARD POPLAK.

In my first year at university in Montreal, Canada, my roommate was a Texan. The first thing he did when he moved into our dorm room was hang up the Lone Star flag. The second thing he did was hang a poster of baseball pitcher Roger Clemens. The beefy Texan was on the mound, in full throw, about as clear an articulation of human athletic prowess as you could imagine. My roommate shoved a Red Sox cap on his prodigious brow (Clemens then played for Boston), and funnelled into his large stomach a bathtub of beer. Hey, those were the fans Roger “The Rocket” Clemens drew to him.

Clemens, by all accounts, is not a nice man. He’s known in Major League Baseball as a “headhunter,” a pitcher who throws close to batters’ heads. Cito Gaston, his manager during his two seasons at the Toronto Blue Jays, and one of the nicest fellows in professional sports, called him a “double-talker” and “a complete asshole”. He had a long affair with country singer Mindy McCready, which kicked off when she was 15 years old. (That’s illegal in Texas, by the way.) He even needed his balls rubbed down with super hot muscle liniment prior to pitching, and I’m not talking about his baseballs.

But the controversy Clemens will take to his grave is that of his participation in baseball’s so-called steroid era, the years when stars like Jose Canseco, Barry Bonds and Mark McGuire were jacking themselves full of anabolic steroids and performing like incensed gorillas on the diamonds of America. Baseballs had never been thrown faster, and had never been hit further. It was a glorious time, so much so that commissioner Bud Selig and his cronies were blind to the fairly obvious evidence that their stars were a bunch of drug-addled cheats, with biceps thicker than tree trunks and uniforms big enough to fit the entire starting line-up of the 1908 Yankees roster.

At the beginning of his career, Clemens was not a juicer. And he was clearly one of the best the game had ever seen. He managed 20 strike-outs a game twice, and won a record seven Cy Young plaques, awarded to the season’s best pitcher. He was known to choke in the post-season, but his presence on the mound not only guaranteed a team 20 wins a year, his prodigious work ethic whipped recalcitrant bullpens into shape. In all, Clemens was worth the $25 million he was paid a year, and the ridiculous perks he was given to loosen his signing arm. Sadly, the latter part of his career was a chimera, defined by serial drug cheating. In 2008, Clemens was included in a report, along with many other of the sport’s big names, accusing them of using anabolic steroids and human growth hormone. He was mentioned a staggering 83 times in the Mitchell Report, and study commissioned by MLB to investigate drug use. At the heart of the allegations was the fact that Clemens’ friend and trainer, Brian McNamee, had repeatedly injected him with performance-enhancing drugs. The report was detailed enough to include documentation on an abscess that formed on Clemens’ butt cheeks after a particularly spirited bout of juicing.

Which brings us to Scumbag Number 2. Meet Brian McNamee, disgraced ex-cop, trainer of the stars and an accused rapist who was seen having sex with an incoherent woman at a hotel pool in 2002. Her body was toxic with the date rape drug, Rohipnol, but Lo!?no charges. When threatened with serious jail time after lying to a jury about his involvement in the steroid era, McNamee, decided to rat on Clemens. He claims to have kept cotton swabs and syringes from their good old injecting days. Yup, McNamee is an all-round stand-up guy. “If McNamee’s mouth is moving,” said Clemens’ attorney, “he’s making an inconsistent statement.”

This brings us to the present state of affairs, where Clemens is on trial for perjuring himself, in a case in which he was not even required to testify. (The dude was never subpoenaed!) In Texas, even the hubris is bigger. In 2008, Clemens made the dumbass move of testifying under oath before a congressional committee about his steroid use. He categorically denied ever taking drugs, something not even Barry Bonds was foolish enough to do?he sidled out from under the bus by adding a “knowingly”.

So now, Clemens and McNamee will face off before a jury, with Clemens on the block on six felony counts. Clemens is all beef and has a tendency to shove himself into $20,000 pinstripe suits. McNamee, for his part, looks like a rejected member of “The Sopranos” cast. The jury will be hard-pressed to find a good guy. Is McNamee a dirtbag and a liar? Indeed, he is. Is Clemens an overpaid, spoiled diva blinded by his own vast ego? Why, yes sir. What may swing the jury is the fact that the prosecution will be submitting material evidence, in the form of Clemens’ liberally swabbed DNA. And the fact that Andy Pettitte, a former pitcher and one of the best loved men in baseball, will be subpoenaed to testify that he heard Clemens talking about injecting steroids. Pettitte is a born-again Christian and a repentant steroid user. The jury will swoon when he speaks.

It didn’t have to come to this. Clemens was bull-headed enough to go under oath when he didn’t have to, and he’ll probably be buried for his stupidity. Millions and millions of dollars will be spent on a grand jury trial, which seems like a lousy way to spend all the cash Clemens has paid in taxes since his career began. And another icon, albeit a tarnished one, is sure to drop from the altar. Sports has become a dirty business, but it has never seemed slimier than this.

“Don’t mess with Texas.” So read my old roommate’s favourite T-shirt. He wore it religiously. I wonder what he makes of the Clemens trial, where Texas is being messed with so definitively. I hope he’s burning his Clemens rookie cards, which are worthless now anyway, and funnelling those bathtubs of beer. At least things are still bigger over there in the Lone Star state. DM

Photo: Major League Baseball pitcher Roger Clemens listens during a news conference after a day of meetings with members of congress on Capitol Hill in Washington February 7, 2008. REUTERS/Molly Riley