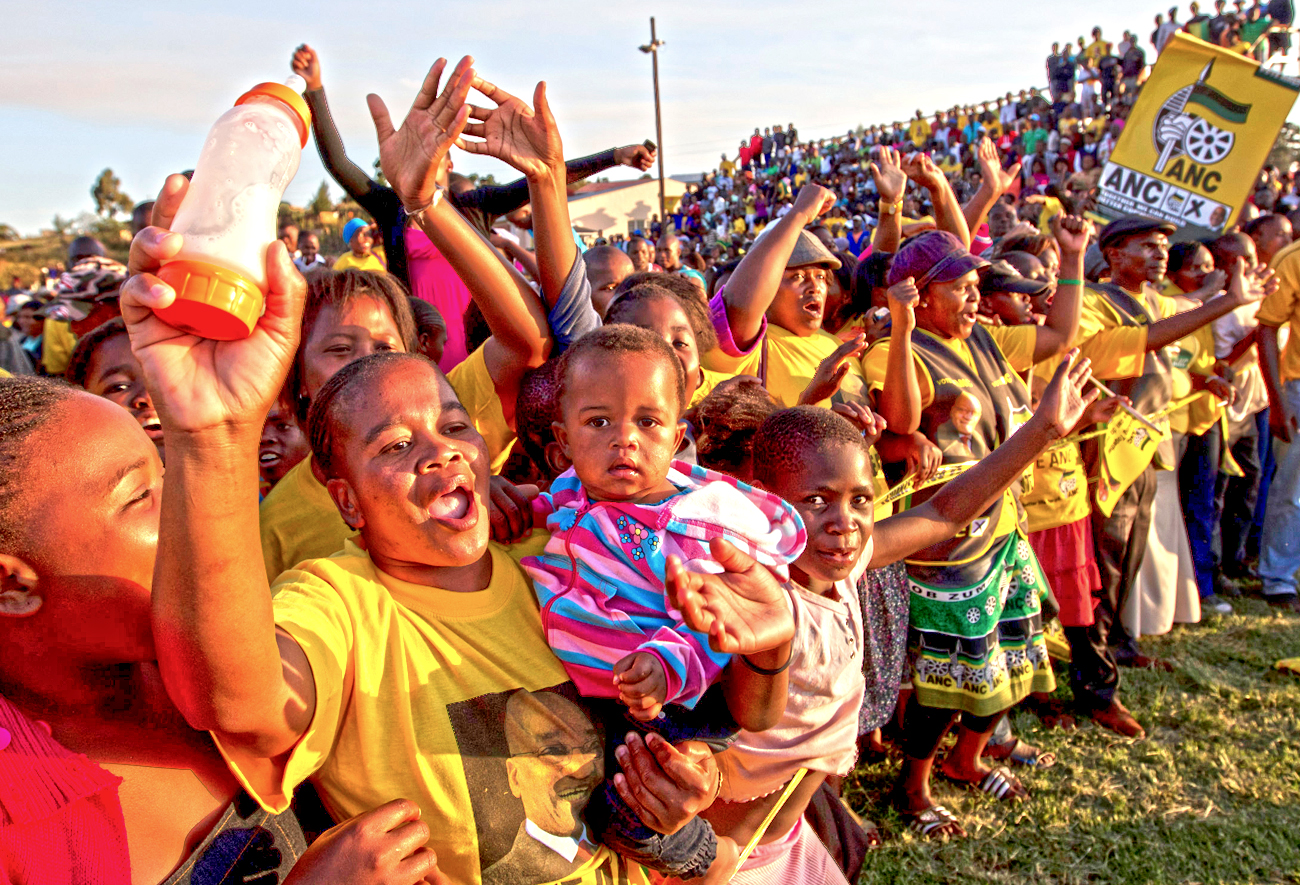 The DA enters the land redistribution debate while the ex-ANC mayor of the Bitou municipality does a Gbagbo. A high-level politician apologises for a xenophobic remark, and a bunch of Limpopo bigwigs jet off to Italy. The IFP told everyone OBE would be rubbish while Lindiwe Sisulu returns from France with promises of R2.9 billion. By SIMON WILLIAMSON.

Athol Trollip, the DA’s leader in Parliament has expressed concern at a land invasion on a farm in the Eastern Cape, alarmingly claiming that the invaders had the permission of the ANC Youth League’s Julius Malema. It goes without saying that there is no record of Malema giving anyone this permission, and it is highly unlikely he did so. Trollip said he would be writing to President Jacob Zuma and the minister of land reform and rural development, Gugile Nkwinti, to find out when the new Land Reform Green Paper is likely to arrive, and hopefully end speculation around land redistribution. He also emphasised the importance of a land reform policy in South Africa, but said it was critical that it existed within the law. This statement comes less than a month after Lindiwe Mazibuko, the shadow minister of rural development and land reform, said in a speech: “The ANC’s government’s aims may be similar to those of the DA, but its state-centred approach and failed policy implementation are vastly different, and have had the effect of ultimately hampering the achievement of these all important goals.” After Mazibuko’s speech last month, Pieter Groenewald of the Freedom Front Plus said that her statements were indicative that the DA and the ANC are the same thing. We await their response to Trollip, and wonder why they didn’t get stuck into this subject matter some time that wasn’t just after an election. We hereby declare the inter-party policy debate over land reform open!

In the 2011 Local Government Elections, the DA won the Bitou municipality, which includes Plettenberg Bay (so, in some respects, a tiny Gauteng municipality) in coalition with Cope, and installed Memory Booysen as mayor. However, sitting ANC mayor Lulama Mvimbi is doing a Gbagbo and refuses to leave his post, which means the DA is forced to seek a high court interdict to have him vacate his position. With the council switcharound, Mvimbi has lost an annual salary in excess of R500,000 and the right to drive the council-owned BMW X5.

Maggie Maunye, chairwoman of the Parliamentary oversight committee on home affairs, shocked MPs and guests last week when she claimed that foreigners in South Africa were soaking up resources and preventing South Africans from enjoying their freedom. As foreign and local media are continually covering the violent (it is not often one uses “violent” as a euphemism) attacks on foreigners in South Africa, statements like this from high ranking government officials are rather unwelcome. “We’ve never enjoyed our freedom as South Africans. We got it in 1994 and we had floods and floods of refugees or undocumented people in the country, and we always want to play as if no there’s nothing like that.” After a right bollocking, Maunye tried to claim she meant that foreigners should arrive with the correct documents, but in the end she caved and apologised through the office of the ANC chief whip: “She realises that her remarks, which sought to underscore South Africa’s challenges pertaining to the immigration control, may have been insensitive to the plight of many foreign African nationals whose presence in this country is legitimate or a consequence of hardships in their native countries…. Comrade Maunye deeply regrets the comments and unconditionally apologises for the harm they may have caused.”

Julius Malema and a Limpopo delegation led by Premier Cassel Mathale made separate (according to Mathala’s spokesman) visits to Italy, where they were hosted by the South African embassy (which is a polite way of saying that government paid for it – which is a polite way of saying taxpayers funded it). While Mathale’s spokesman wouldn’t divulge the names of the people in the delegation, City Press saw a provisional list of names and claims it is full of Malema allies.

After the announcement last week by the department of basic education that children in South Africa can’t read, write or count very well, IFP leader Mangosuthu Buthelezi has claimed that the pathetic standard of education in South Africa is due, largely, to the failed policy of outcomes-based education. It is for this reason that the results don’t surprise him. “By now, an entire generation has been educated under a system that failed to equip them for a competitive labour market.“ While Buthelezi may be right, calling South Africa’s consistently high unemployment rate “a competitive labour market” is a sever misstatement.

The National Youth Development Agency has hired two executive managers, Khathutshelo Mike Ramukumba as chief financial officer and Magdalene Moonsamy as chief operating officer. The latter is still acting as a spokesperson for the ANC Youth League as of this weekend, though you won’t find that mentioned in her NYDA bio. We’ll soon see whether their influence results in better or worse ways in which to waste money.

Cosatu wants the Johannesburg tolls scrapped completely. If the Gauteng Freeway Improvement Project thinks a small decrease in the extortionate prices for use of the highways would sate the population of the province, it is about to get a very rude wake-up call. The Congress has sworn it will strike should the tolls be implemented, and we expect them to get backup from Auckland Park to Zewenfontein.

North West MEC for public safety Desbo Mohono has argued that the North West police department should move premises from Potchefstroom to the provincial capital of Mafikeng. He also claimed the department should change its name as “Western Transvaal Police” doesn’t really apply anymore.

Lindiwe Sisulu flew to France last week and allegedly returned with promises from Airbus that an owed R2.9 billion would be refunded to South Africa. In 2009, Sisulu ended a R30 billion contract with Airbus due to consistent delays and price increases.

Gwede Mantashe has hit out at those who continue to push the ANC to have a succession debate. This is understandable as Mantashe is one of those whose jobs are at stake. Other ANC stalwarts, such as Gauteng ANC leader Paul Mashatile, have encouraged an open debate over the party’s next bunch of leaders.

The new speaker for the Emnambithi council in Ladysmith, Zehra Rasool, has said she will use her position to ensure more Indian representation in influential positions. “I honestly think we are not properly represented considering the role and sacrifices Indians made in the liberation struggle.”

Photo: Supporters greet South African President Jacob Zuma (not in picture) as he campaigns in Richmond, 70 km (43 miles) east of Durban, May 3, 2011. South Africans will vote in municipal elections on May 18, 2011. REUTERS/Rogan Ward