Of heartache and injustice: A Joburg EMS whistleblower'...

Of heartache and injustice: A Joburg EMS whistleblower’s story 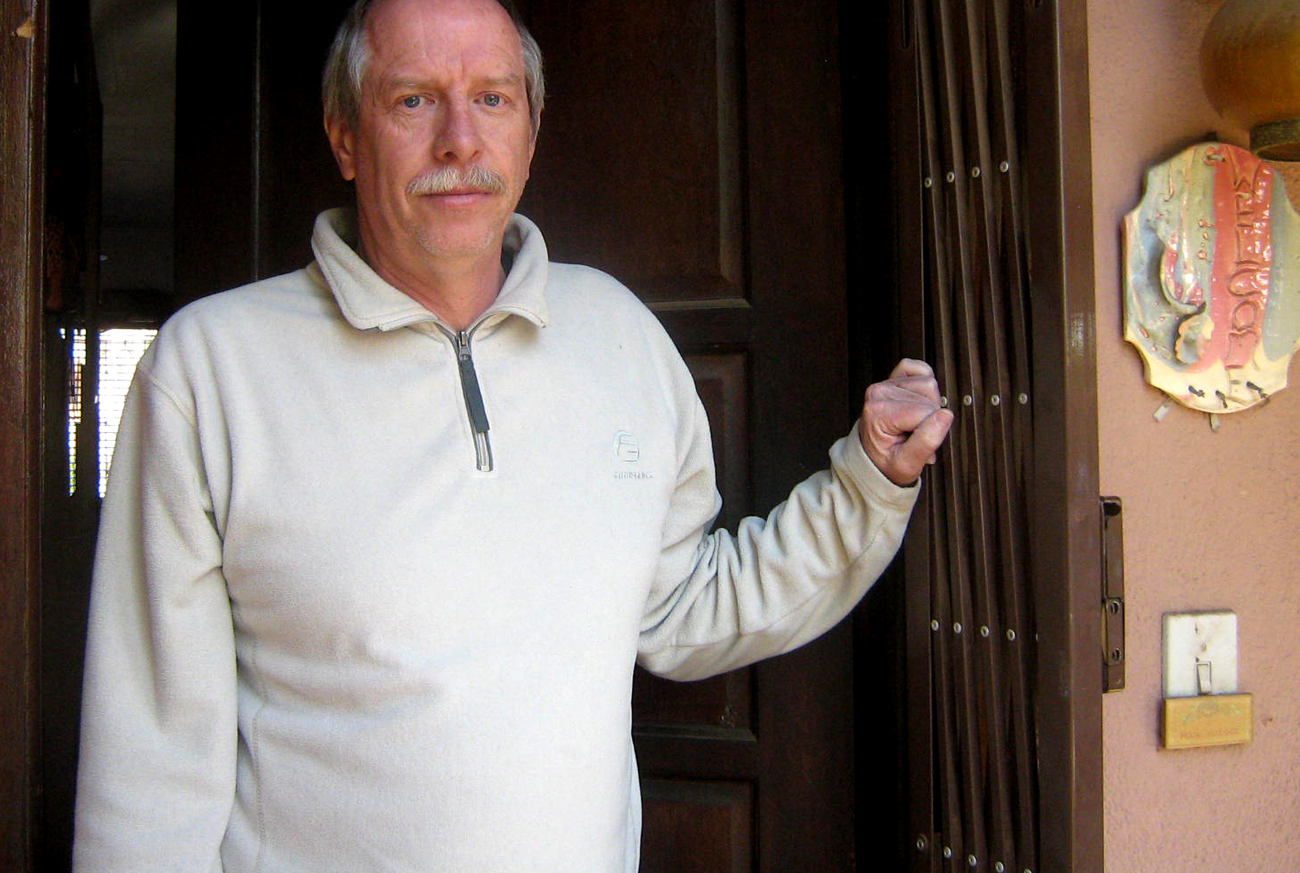 As former Johannesburg fire chief Audrey Gule languishes in suspension (with full pay) from the city’s Emergency Management Services, the whistleblowers that helped expose the rot of which she stands accused, have been left in the lurch. One of them, Robert Wiebosch, faces almost certain financial ruin. This is his story. By MANDY DE WAAL.

There are no cars parked outside Robert Wiebosch’s house in a south-east Johannesburg suburb. They’ve already been repossessed. “I thought the bar was going to be gone already today,” says Wiebosch. “There was a guy who was coming to look at it. The cars are gone. I have a court case because they want to foreclose on the house. There is no food in the fridge.”

There’s a thick silence as Wiebosch looks outside the window to a pool that’s seen better days and grass that is unkempt. It’s obvious he’s struggling to keep his emotions in check. “I have no money for a lawyer so I have to go to legal aid. You try to keep your self-confidence, but I don’t know…”

His voice trails off, but when he starts talking about his son who needs chronic medication, Wiebosch loses the struggle to contain his emotions. The former EMS financial manager’s unemployment insurance runs out at the end of July and his credit cards were maxed out long ago. And unlike Wiebosch who’s struggling from day to day, Gule still receives her monthly salary despite the litany of evidence showing mismanagement, corruption and nepotism under her command.

Gule was appointed head of Joburg’s EMS during the first half of 2004, making global history because she was the first black, female fire chief ever appointed. The City of Joburg positioned her as a “no-nonsense woman” with “good leadership qualities” who was charged with turning around Jozi’s emergency services. Gule did affect the reputation of Johannesburg’s EMS, but not in the way people had hoped.

Early in 2007 the Public Protector was called in to investigate charges of “excessive” and “wasteful” management against Gule. But then-mayor Amos Masondo stated an investigation had been conducted and Gule was in the clear. At the time, she mistakenly sent Beeld an email (actually intended for her colleague) in which she said Masondo didn’t want the report made public. In this email Gule wrote: “How do we deny in a way that it (the report) does not compromise us?”

A couple of years later, Gule was again at the centre of corruption and financial mismanagement allegations. In 2010 a damning dossier was handed to the media that accused Gule of nepotism, “flouting city regulations”, irregular business practices and procurement breaches. The Hawks were called in and the dossier was handed over to them, but Masondo quashed the investigation.

In May this year Carte Blanche broadcast an explosive exposé on the ruination of Joburg’s emergency services under Gule’s rule. The programme chronicled Gule’s extravagance, corruption and mismanagement while denying employees the basic equipment they needed to do their jobs, which is, of course, to save lives.

Gule went on sick leave shortly after the Carte Blanche programme aired, but was suspended after a PricewaterhouseCoopers’ investigation revealed the extent of the rot under her leadership. Unlike Wiebosch, who did his job and revealed the corruption, Gule is being well cared for. She is receiving her full government pay of some R100,000 a month. Wiebosch, meanwhile, was chased out of EMS “like a dog” and hasn’t received a salary in more than eight months.

“I worked in finance for the City of Johannesburg for more than 35 years and I did really well. I started as an accountant and became a financial manager in 2000,” says Wiebosch. When EMS was broadened to include Soweto, Roodepoort, Sandton, Randburg, Midrand and areas up to and including Orange Farm, Wiebosch was asked to add the role of deputy director to his duties. “This meant I had to sit in on Section 79 meetings with councillors, report on finances and answer any councillor questions.”

In 2005 Wiebosch, together with a number of other staff, was offered the option of going on contract, with the opportunity to earn more if they scored well from a performance perspective. “We had to keep evidence of our results to get increases or bonuses and, because I wanted to better myself and my job, it sounded like an attractive proposition.” Wiebosch was assured that if he scored 80% on his assessments, his contract would be safe. “My score was always around 90% or above it,” says Wiebosch.

Everything was going well for him until he started querying irregular expenses, overtime disbursements and questionable payments to contractors. In 2008 Gule went on a sponsored trip to the US and R208,000 was paid up front by the city and which was due to have been repaid to the city by the sponsor of the trip. “In terms of council rules, we had to raise her as a debtor. It is illegal to have a loan and she had to repay it. She said she had repaid it and I phoned Jorissen Street where the banking is done, but they said no payment was made.” Wiebosch’s investigations showed that Gule had opened a personal account in New York and that the sponsor had paid R208,000 into that account.

Wiebosch was expelled together with revenue manager Allan Tulwana, who Wiebosch says saved the City of Johannesburg millions. “Alan was doing well and, because of him, we were one of the first local municipalities to claim from the Road Accident Fund for rescues three years ago. We collected close to R20 million while we were there.” Tulwana also had a hand in helping expose Gule.

Wiebosch and Tulwana are among many people who crossed swords with Gule and were sidelined, shut out or discharged from EMS. “When Gule first came to EMS, she brought a number of people in from Gauteng provincial government, as if our people weren’t good enough. But, over time, all of these people had fights with her and now they are all gone.”

Questions have been asked about why Gule has been protected for so long and why information about the rot at EMS has not been made public. The DA has called for the PricewaterhouseCoopers’ report to be released, but it is still under wraps. Inside sources say Gule has powerful political connections that have protected her, while some allege a close relationship with former mayor Masondo.

Wiebosch dreams of going back to EMS to help turn things around, but the City of Johannesburg keeps postponing his arbitration hearings. With his last UIF cheque due at the end of July, Wiebosch says he could face a bleak future – if there is no breakthrough.

“I tried some work. I was trying to sell mathematics programmes, but it was such an eye-opener. You make appointments with schools to see children’s parents and then you find them living in these little rooms at the backs of other people’s houses. Single parents, kids with no fathers. These people are charged R2,000 for a small room. Sometimes there are six or more people staying there. I see their hardship and then I have to try to sell them a maths set for between R3,000 and R6,000?” he asks to emphasise the difficulty of his situation.

Wiebosch pauses for a while. Looks outside and then says: “If it carries on like this, I am going to end up like them.” DM

Photo: Robert Wiebosch at his home. (The Daily Maverick)