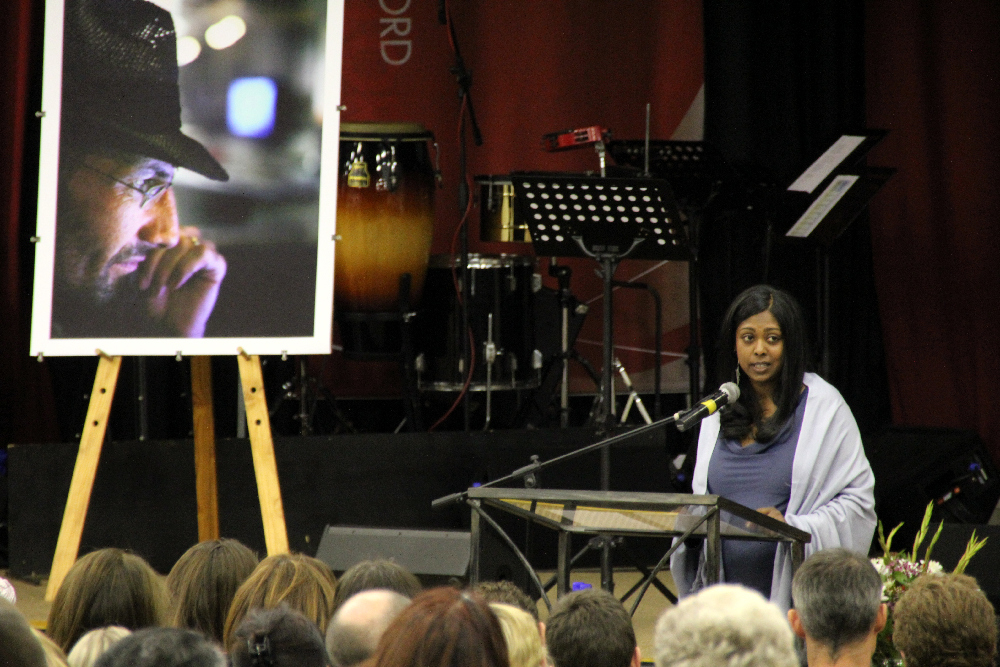 Nearly three months after he was shot by Libyan government troops near Brega, a ceremony in Johannesburg remembered photographer Anton Hammerl and reflected on his life and work – and his quest to tell the truth about conflict, despite the dangers. By PHILLIP DE WET.

Anton Hammerl changed after he was drafted into the South African military and deployed to the front line of the Apartheid government’s war with Angola, long-time friend Ziemek Pater told a memorial service on Saturday. That experience may explain, in part, why he left his young children behind and travelled to the front lines of the war in Libya, to photograph the conflict that still rages there.

Some of those images, shown at the service, are extraordinary; a man at prayer as a rocket is launched in the background, rebels with cobbled-together equipment getting ready to move towards the front, the detritus of war strewn about a desert landscape.

But Hammerl didn’t remain an untouched observer. On 5 April he was shot in the stomach by troops loyal to Muammar Gaddafi and left to die by the side of the road. For the next month and a half the Libyan government first claimed it had no knowledge of his whereabouts, then that he was safely in its custody. It was only when three other journalists who had been with him at the time were released that the world learnt what had happened.

“There is no logic in this, and no justice,” journalist Clara Gillis said in a message delivered to the memorial service. “He gave his life trying to save ours.”

Individuals and organisations told the service of the ultimately futile attempts to locate Hammerl, by the likes of Human Rights watch and the SA National Editors’ Forum (Sanef) as well as friends and colleagues. All of which ended when his wife received a call starting with the fateful words: “Penny, I’m so sorry to have to tell you, but…”

Hammerl’s wife Penny Suhraj delivered a moving tribute to her fallen husband, for the first time referring to him as deceased.

Hammerl’s remains has not yet been recovered, despite information about the incident and location being delivered to Gaddafi by South African President Jacob Zuma. Gillis was among those who on Saturday expressed determination to ensure that his body is returned to his family. Others are focussing on keeping Hammerl’s memory alive through initiatives linked to his work as a conflict photographer, some of which should be announced in coming months.

For at least one group of Libyans, Hammerl’s work served as an inspiration. In a video message to his family, played for mourners at the memorial service, young activists involved in the Free Generation Movement expressed their appreciation for his heroism in helping to tell the world about events in Libya.

For journalists and photographers, Hammerl’s bravery also holds inspiration, said Sanef chairman Mondli Makanya. “It is said of our tribe that when people are leaving on the last flight out, we’re the ones who are on the last flight in.” DM

This story was first published on Free African Media.

The text of this article and the accompanying photograph by Free African Media is licensed under a Creative Commons Attribution-ShareAlike 2.5 South Africa License. For more information, see our reuse page.