The Greeks may have avoided the tragedy, but dangers ab...

The Greeks may have avoided the tragedy, but dangers abound 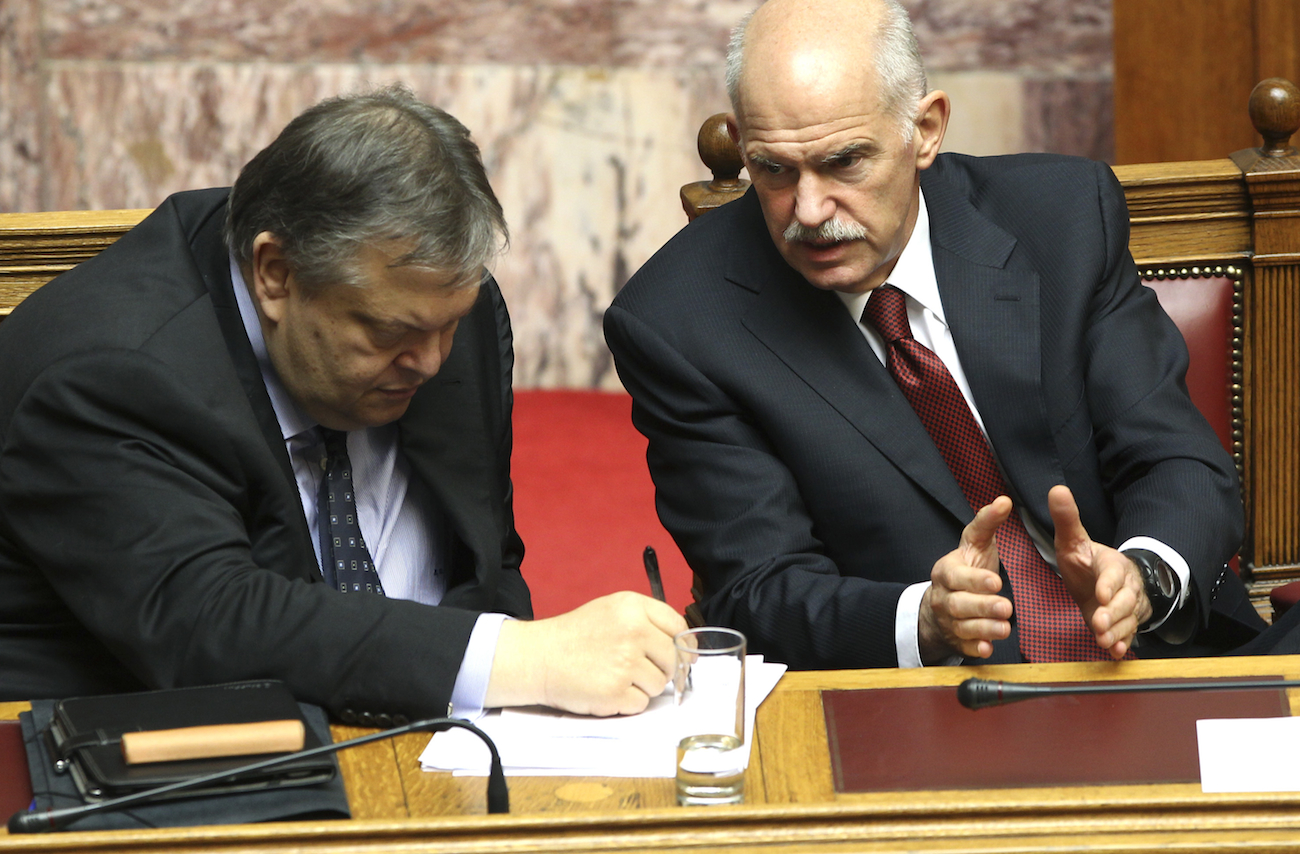 Having narrowly voted to accept terms and conditions for the first tranche of its bailout deal from the EU and IMF, the Greek government doesn’t have much time to prove its mettle on the highly controversial – and potentially volatile – austerity measures. By J BROOKS SPECTOR.

Despite internationally televised pitched battles between demonstrators and police in downtown Athens, on 30 June, by a vote of 155 to 136, the Greek parliament went along with European Union and IMF demands to implement a detailed austerity plan that, if it is really carried out, is going to hurt – a lot. This vote was crucial so Greece could get the latest $17.3 billion tranche from the $159 billion rescue loans pledged.

The whole thing had something of the feel of politicians finally sitting up straight at table and taking the “My Big Fat Greek Wedding” heroine’s admonition to her younger brother to stop playing with his food and eat that broccoli. Simply put, there doesn’t seem to have been much choice: without these latest loans the Greek government would run out of money in mid-July. That would not have been a pretty picture.

Despite the pressure on the country’s finances, large numbers of Greek citizens remain viscerally angry about the austerity measures, pointing to the almost certain impact on their personal finances from budget cuts, more taxes, lost jobs – the whole lot. There’s already been a two-day general strike and ongoing violence protesting the $40.5 billion in spending cuts, tax hikes and a $72 billion selling spree of state-held enterprises.

However, this parliamentary decision has allowed international investors a breath after agonising over whether Greece’s problems would be the trigger for a general banking crisis in global markets, paralleling what happened in the US in 2008. As a result the government stays afloat through September and concerns about an impending national default have now eased up somewhat. But the Greeks are not out of the woods yet. As economist Vagelis Agapitos told the media, “Greece has bought more time [but] this time, however, will start running out rather quickly unless Greece starts to deliver on its promises.”

In the worst case, Greece may only have a few months to prove its mettle in carrying out the austerity plan. Then, in September, it will need to put its proof on the table of doing what it promised so it could receive more of the funds from that bailout package originally set up in 2010. In particular a key sticking point will be how unions respond to the government’s need to sell off state enterprises. Analysts say very few of the country’s state enterprises are exempt from being sold off and they range from the national racetrack and the country’s ports to the state electricity generating and distributing company.

Of course, even if Greece does manage to get its budget cuts, tax rises and privatisation ducks nicely in a row within the next three months, there are still concerns that Greece will have to restructure its debts anyway – negotiating longer repayment periods or giving creditors less than the full amount owed. Or, in plain language, defaulting on its national sovereign debt. Some analysts argue Greece’s debt is just too large for a country of only 11 million people to service in the first place. If that happens, Greece, the EU and the IMF have just gone through all this very public pain – only to postpone an inevitable default anyway.

And, in fact, the Greek government now concedes it is going to need more help and so it is already in talks for a second bailout. Last year’s package was set up with the understanding Greece could count on bond market investors for cash next year, but with the country’s interest rates at exorbitant levels, that looks increasingly unlikely. (Yes, risk means the interest rates must rise and that’s good for investors, even as it hurts the bond issuer. But risk also means a greater chance the principal will never be paid off in the first place and that is not so good for investors.)

Some critics are even arguing that a default is inevitable and more good money shouldn’t go down the drain after bad. Instead, Greece needs to be weaned away from its dependency on new gouts of loans to pay off debt that was incurred earlier and live within its means, while investors must just take their lumps. If that happens, Greek bonds could eventually become collectors’ items – like those wonderfully ornate, 19th century share certificates of failed gold mines or bonds issued by Chinese, Mexican or Russian railroads.

In the short-term, beyond giving their ritual blessing to the next tranche of bailout funds, when they meet this weekend, eurozone finance ministers are now likely to begin discussions about the terms of that second bailout. And the IMF is supposed to be in a position to release its previously pledged funds by next week. The involvement of the private sector in any second bailout is likely to be a big part of these talks, now that German banks have agreed to rollover some of Greece’s debt, and that they and French banks are apparently prepared to contribute to a second rescue package. French banks apparently have the largest exposure to current Greek debt, an issue that apparently plagued incoming IMF head Christine Lagarde during her tenure as France’s finance minister.

Greek finance minister Evangelos Venizelos told the press just before the second vote on Thursday, “Of course, we have major difficulties ahead of us. It is not just that we must negotiate with the EU, the eurozone countries, our institutional partners and the IMF. The point is that in the turbulence of the global markets and banking system, we are victims for a large part and a test case for the strength of our institutions.” One guesses this would be as opposed to being a country with a near-dysfunctional tax collection system, uneconomic state-owned enterprises and a budget that allows Greek workers to retire well before their more industrious (or at least longer-working) German counterparts.

Maybe everyone in this Greek drama should take the advice of the legendary character, Zorba, who taught us “I felt once more how simple a thing is happiness: a glass of wine, a roast chestnut, a wretched little brazier, the sound of the sea. Nothing else. And all that is required to feel that here and now is a simple, frugal heart.” By the time this saga is over, maybe that’s all that will be left for many in Greece, anyway. DM