Analysis: Julius Malema is not media's creation, but AN...

Analysis: Julius Malema is not media’s creation, but ANC’s 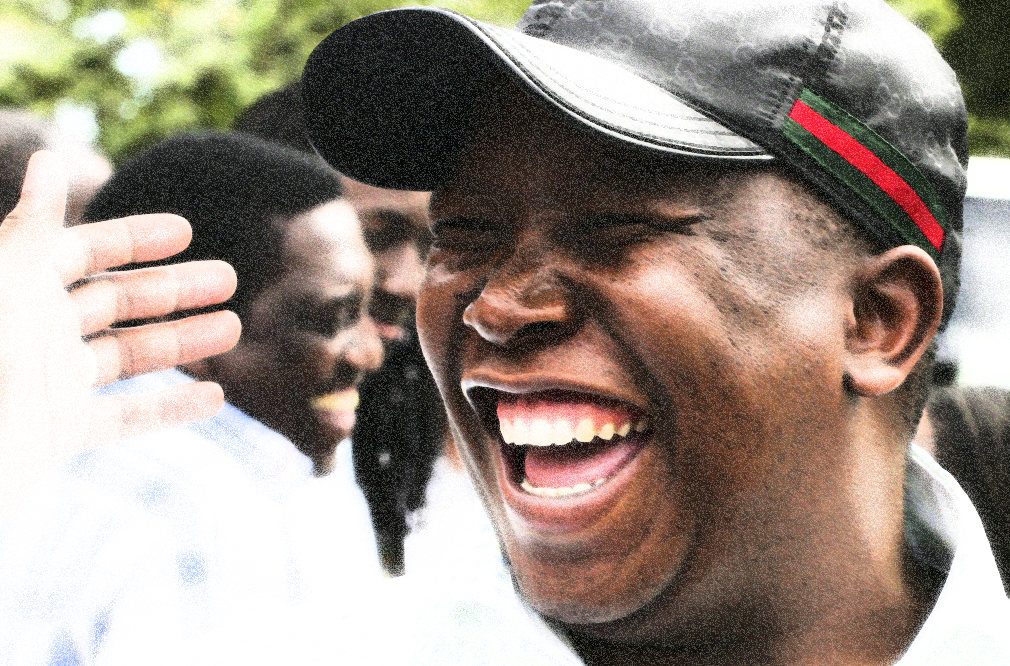 Over the last few weeks, climaxing during the ANC Youth League’s congress, there has been a tendency (that word again) to claim that Julius Malema is a creation of the media. It’s a suggestion that without the media, the twitterati, the cameras and the microphones, Malema would not be as powerful as he is right now. Bollocks. By a frustrated STEPHEN GROOTES.

But the way he says it isn’t nearly as important as what he says. Listen closely. Not too closely, because you’ll risk losing an ear drum. But look at what he actually says. Firstly, there’s the political truth no one else dare say, “The DA is for whites, the ANC is for you”. South African politics in 10 words. Do you know anyone else who has summed it up so well?

But that’s not the real reason he is such a powerful figure in our political consciousness.

Let’s go back a bit. In 1994, the ANC looked FW de Klerk in the eye and effectively said, “You whites suck, you have all the land, all the property, all the money, all the stuff that really matters. Except for freedom. For us that’s more important. So we’ll deal. You give us our freedom, and you keep your land, property etc. Even though we know that condemns our children to live shorter and poorer lives than yours”. That was, essentially, the deal. In a way, that was the deal on which the current South Africa was founded.

It’s a deal that could not be explained to aliens from the planet Zog when they land here tomorrow, but it was acceptable to all parties, they signed and we moved on.

Malema is a story because he tugs at that deal. He says, I’m not happy with this, I’m going to change it. He makes the (sometimes factually and morally correct) point that whites as a group are still richer than blacks. And he sees no reason why whites should keep their land, their property, their mines. He even goes so far as to say “we do not agree with the methods used in Zimbabwe” on these issues. He’s talking about violence there, so he can still at least claim he’s “a man of peace”.

Steven Friedman, a man greatly respected for his depth of knowledge and clarity of thought, appears to be one of those who says Malema is not his own man. In Wednesday’s Business Day he says Malema is essentially a pawn of others. That he’s not a “powerful scheme, but an obedient servant”. We don’t disagree entirely, in that it does seem the real power behind Malema is Fikile Mbalula.

But when Friedman claims Malema is not really powerful because the police had to help his man win an election in Limpopo last year, he runs the risk of missing several important factors. The first is that Malema now really has made the Youth League in his own image. It’s not that he nearly lost his first League election in 2008, it’s that he is now so convincingly strong that no one seriously challenged him this time around.

That requires huge amounts of work. It means Malema essentially did at this conference what Gwede Mantashe and President Jacob Zuma did at last year’s ANC national general council. They went branch by branch, region by region, province by province, making sure they had everyone on the same page. It’s essentially about work on the ground, the day to day boring branch meetings that don’t matter on a singular basis, but add up to a whole lot of power. Malema has mastered that art, and that makes him powerful.

There is another factor. We’ve said before there is a population bulge coming. The person best placed to gain from that is someone who is seen as radical. Malema fits the bill perfectly. And he will be able to use those numbers. The ANC may be losing some votes in elections now, because minorities are voting against him. But once those younger people start to vote (if they ever do) the supporters Malema attracts should start to make up for that. And while we’re here, are we saying that the voice of minorities is going to get quieter? The answer is, probably yes. But class will probably start to play more of a role in voting patterns.

The fact is, if anyone is to blame for “creating” Malema, it has to be the ANC. There have been several points along the way in which his behaviour could have been curtailed. But now things have reached the stage where people opposed to him are running out of options fast. Hence this week’s shot across the bows by Cosatu’s Zwelinzima Vavi and the SACP’s Blade Nzimande.

The ANC likes to claim, loudly and often, that its leaders are nothing without the party. The story of Cope tells us that’s true. Malema would be nothing were he no longer a member of the ANC, if he were not the leader of its Youth League. It’s about the place of the League in our history, and thus in our politics, and about the idea that he has changed it, made it in his own image, that gives him such power.

So often in history, people have been written off.  It’s been “proclaimed” by those who “know” that this or that person will not make it, will never get there. The fact is, again and again history tells us, the people who end up with the most power are the people who want it most. And Malema is a story, because, boy, does he want it. So don’t ignore him. And don’t blame those who won’t let you ignore him. He’s a creation of the ruling party, after all. DM