From our vault: So how is SA's only nationalised mine d...

From our vault: So how is SA’s only nationalised mine doing? Badly, very. 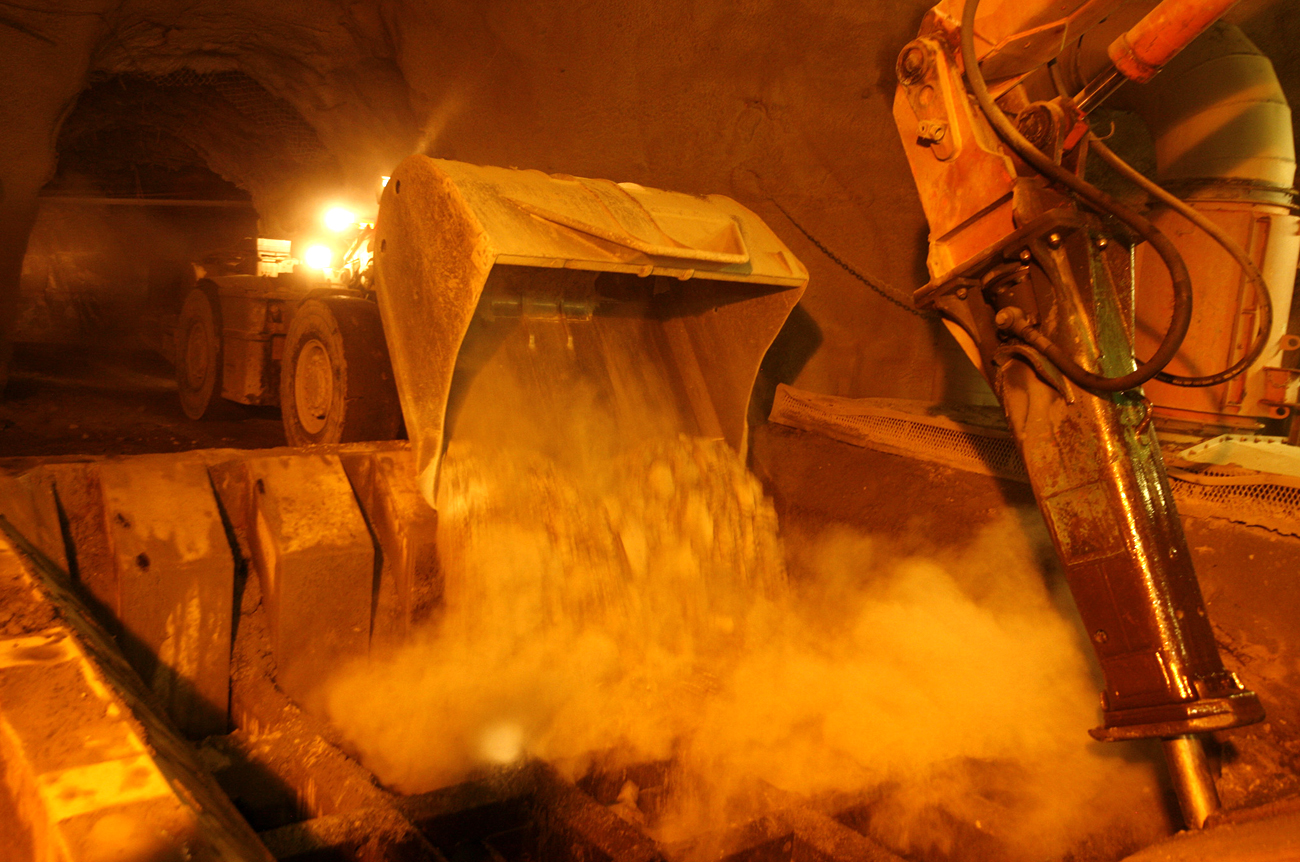 The ANC Youth League wants to nationalise South Africa mines, but South Africa already has one nationalised mine and few will be surprised by the fact that it is losing money hand over fist. The history of diamond miner Alexkor’s gradual deterioration provides an eloquent negation of the Julius Malema’s vision of the Brave New World. By TIM COHEN.

The Youth League claims nationalised mines will contribute to the well-being of the community more so than at the moment; that they will remain profitable; that managers won’t leave; and that the industry in general will expand.

What happened? In 2002, Alexkor was in fact rumoured to be on its way to privatisation or partial privatisation. The company’s prospects were looking up, despite the fact that its diamond fields (at least those on land, as opposed to the maritime business), had just been the subject of a historic legal claim by the Richtersveld community.

The Richtersveld case was brought in terms of Apartheid land restitution set out in the Restitution of Land Rights Act, and eventually went all the way to the Constitutional Court in 2003. After five years of litigation, the court found the community did have legitimate rights of restitution.

Yet despite the community claiming R10 billion for what they claimed they had lost, the position of the company was that the court decision did not actually give the community the right to the land, but merely a claim on it. Having settled the “rights phase”, the parties were obliged to enter into a “remedy phase” in which it was ultimately agreed that the mine would continue operating, but the proceeds of the mining would be shared. Lawyers.

Unfortunately, this agreement has yet to be finalised, six years later. But not much was lost for the community as there are no proceeds to share, anyway.

So the community has got absolutely nothing from its precedent-setting legal victory, and the company itself is now gradually sliding toward marginality, with turnover plummeting, employment down and sporadic profits, if any.

Notwithstanding new efforts to boost the company, not necessarily by privatising the mine itself but by privatising the operations, Alexkor’s future looks as bleak as the tiny, isolated, forgotten Alexander Bay community in which it operates. The company has continued to make losses, despite jettisoning responsibility for the town of Alexander Bay, and the town’s hospital and airstrip.

Starved of access to capital, presumably partly because of its government-owned status, the company has not been able to develop the business; consequently, the Richtersveld community’s grand court victory has proved Pyrrhic. Alexkor constitutes a forgotten corner of government’s parastatal empire, just keeping its head above water but on a distinct downward trajectory.

This is what the board had to say about the company’s prospects in 2007 in its annual report of that year: “Alexkor experienced a further deterioration in financial performance during the 2007 financial year where the company continued to operate at a loss.

“The continuous losses reported in the previous financial years are mainly attributed to a lack of capital investment in prior years to address the operational challenges related to mining on an inferred resource, continued use of ageing plant and earth-moving equipment and poor sea conditions.

“This situation has been worsened by the ongoing subsidisation, using income from mining operations, of the company’s non-core assets comprising ABT, Alexander Bay Town, the airport and the hospital.”

At this point, the company was still hoping to launch a new recapitalisation programme once its revenue-sharing deal with the Richtersveld community had been finalised. In the interim, it said: “The shareholder has subsequently indicated its commitment to provide financial support to the company in order to continue its current operations during the establishment of the PSJV (the Pooling and Sharing Joint Venture).”

“The shareholder” of course, is the government, and that means taxpayers’ money was used to subsidise the operation – again.

Yet by 2009, nothing much in the way of recapitalisation had happened, and capital expenditure had almost totally run dry, standing at R1 million for that year.

In many ways, the revenue graph is more telling. In 2002, just prior to the intended privatisation of the company, total revenue was R288 million.

The government actually put out a tender for a 51% stake in Alexkor, but after the 2001 election Alec Erwin was appointed Public Enterprises minister, and said he was having nothing to do with privatisation. Once that became clear, a string of managers reportedly left for greener pastures.

The result of the manager-walkout was that turnover dropped dramatically: R264 million in 2004, R152 million in 2005, and a nadir of R109 million in 2007. In other words, revenue plummeted by two-thirds in the space of a few years – years remember, in which commodity markets around the world, including the diamond market, were booming. Meanwhile, after three years, the pooling and sharing arrangement was still in limbo.

The details of this agreement are not publicly known, but the company’s annual report for 2009 says that a “key focus” was fulfilling the “suspensive conditions of the Deed of Settlement” with the Richtersveld community. In other words, seven years after the land claims process had been adjudicated, the community is yet to see an operation contract.

How much of this amazingly lackadaisical approach can be attributed to the fact that the company is effectively a government department? Who knows? Plenty of private companies fail.

So we enter the realm of speculation. Yet it seems entirely likely that without shareholder pressure, without responsibility to investors, without a market to determine precisely the efficacy of management, the company effectively has no pertinent accountability except to a minister with much bigger problems on her plate. Without accountability, managers stop caring.

Ask yourself this: who else other than government is capable of failing to sign a “key” agreement in seven years – a matter that would normally take an afternoon? What board would countenance such behaviour? What group of shareholders?
Neither has the fact that Alexkor is a state entity helped particularly with regional or even local development, as the company is transparently keen to end its support of “non-core” Alexander Bay facilities.

Meanwhile, the gradual demise of the company means it has effectively been shedding staff. The total staff compliment dropped from 1,126 in 2008 to 680 in 2009.

The ANC Youth League claims in its nationalisation document that the State Mining Company, which would include Alexkor, should among other things, “maximise the nation’s economic gain from the mineral resources” and “contribute to South Africa’s social and economic development.”

Yet the mining company that is already in the state’s hands has not contributed to the nation’s economic condition: its contribution was to deplete it.

In October 1999, the Department of Public Enterprises put out this statement after the company had gained a R120 million loan: “We also want to assure the workers of Alexkor mine and all those who depend on the subsidiary industries for their livelihood and survival that government will leave no stone unturned to ensure that Alexkor Mine becomes a well-managed, effective and efficient state-owned business entity.”

Such commitment. Such failure. The disastrous trajectory of Alexkor should constitute a valuable lesson to the ANC Youth League and its vigorous leader.

But there are none so blind as those that will not see. DM