Beyond populism: Michele Bachmann and the politics of A...

Beyond populism: Michele Bachmann and the politics of Armageddon 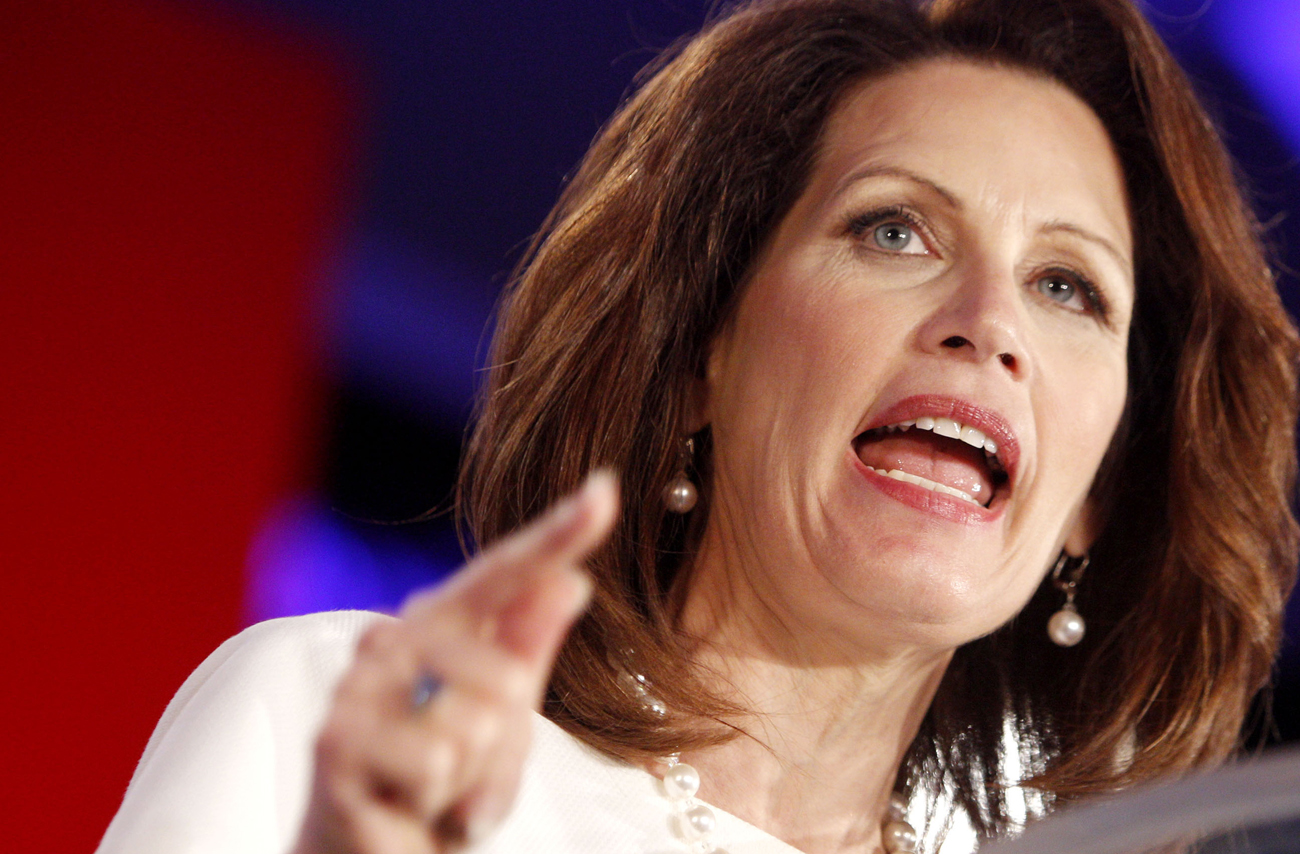 Is national populism, as per the theories of men like John Lukacs, the terrible end of a modern civilisation that began in liberal democracy, or does something far worse lie in store? In other words, are there political fates less attractive even than Sarah Palin and Julius Malema? Meet Michele Bachmann. By KEVIN BLOOM.

In September 2010, Daily Maverick published a piece that took the theories of Hungarian-American historian John Lukacs to heart. We liked the fact that Lukacs is a self-described reactionary hated as much by liberals as by conservatives, we liked that his only allegiance is to a clear-eyed study of politics in the current age, and we especially liked his argument that “the greatest threat to our civilisation” is the backwards slide of liberal democracy into national populism. In fact, we liked Lukacs so much that we applied his theories to a comparative analysis of Sarah Palin and Julius Malema, concluding in the piece, titled “When democracy becomes populism: Palin, Malema and the rise of the unread”, that they’re practically sister and brother from another mother.

Here’s one of the passages from Lukacs’s book Democracy and Populism: Fear and Hatred (2005) that made our point: “Populist nationalists are self-conscious rather than self-confident, extroverted, essentially aggressive and humorless, suspicious of other people within the same nation who do not seem to agree with some of their populist and nationalist ideology. Hence they assign them to the status of minorities, suggesting – and at times emphasising – that such minorities do not and cannot belong within the authentic body of the national people.”

Less than one year later, as cogent and incisive as the above paragraph still reads, it appears we may have overestimated Lukacs and his message. In light of recent events in the Hungarian-born theorist’s adopted homeland, the argument can be made that the greatest threat to “our civilisation” (by which Lukacs generally means “modern Western civilisation,” but specifically means the United States) is not the backwards slide of liberal democracy into national populism, but is in fact the backwards slide of national populism into Armageddon-type fundamentalism. The type of politics, that is, which has its philosophical roots in the Left Behind books of Tim Lahaye and Jerry Jenkins, a series of 16 best-selling novels based on the Christian eschatological concepts of the Second Coming and End Times.

This is just an argument, mind you, a hypothesis grounded in two interlinking details and a third phenomenon that may or may not strengthen the point. The first detail is a woman by the name of Michele Bachmann, a member of the United States House of Representatives and a candidate for the Republican nomination in the 2012 US election – a woman of whom Rolling Stone magazine has just noted the following: “In modern American politics, being the right kind of ignorant and entertainingly crazy is like having a big right hand in boxing; you’ve always got a puncher’s chance. And Bachmann is exactly the right kind of completely batshit crazy. Not medically crazy, not talking-to-herself-on-the-subway crazy, but grandiose crazy, late-stage Kim Jong-Il crazy — crazy in the sense that she’s living completely inside her own mind, frenetically pacing the hallways of a vast sand castle she’s built in there, unable to meaningfully communicate with the human beings on the other side of the moat, who are all presumed to be enemies.”

These “enemies,” however, are subtly distinct from the enemies that exist in the minds of more conventional populists like Palin and Malema. Where the latter’s foes are at most evil and stinking opponents of a national peoples’ revolution preordained by history (and, in Palin’s case, vaguely by God), Bachmann’s antagonist is the anti-Christ himself. Which brings up the second detail mentioned above: as a self-proclaimed acolyte of Left Behind co-author Tim LaHaye (whose wife, apparently, was her inspiration for entering politics), Bachmann’s natural and automatic constituency is the tens of millions of Americans who put seven of LaHaye’s novels at the top of the New York Times bestseller list, and pushed total sales for the series to 65 million. The sort of people who have no problem with Bachmann’s inherent belief that she’s been chosen by God to lead them – who actually wouldn’t have it any other way – and who simply “know” that the world is approaching its 6,000-year sell-by date.

You see the problem. There’s lots of these people. And they’re nothing at all like “us,” if by “us” we mean people with at least a passing relationship to objective reality. As Rolling Stone’s Matt Taibbi observed elsewhere in that scathing piece, with respect to Bachmann’s complete lack of legislative accomplishment, her inveterate and unselfconscious lying, and her consistent claims of personal visitations from God and His angels: “Snickering readers in New York or Los Angeles might be tempted by all of this to conclude that Bachmann is uniquely crazy. But in fact, such tales by Bachmann work precisely because there are a great many people in America just like Bachmann, people who believe that God tells them what condiments to put on their hamburgers, who can’t tell the difference between Soviet Communism and a Stafford loan, but can certainly tell the difference between being mocked and being taken seriously.”

The followers of Harold Camping, who waited in vain for the world to end on 21 May this year, could also tell the difference between being mocked and being taken seriously. The more they were mocked, in fact, the stronger they became in their End Time beliefs. And if the phenomenon of Camping’s Judgment Day cult teaches us anything, it’s that reason has no place in a world of blind faith. Does Michele Bachmann have a chance of becoming the US’s next president? Considering that, in the estimation of Howard Kurtz and others, she “stole the show” at the Republican presidential debate a few weeks ago, the answer is a cautious Yes. If that does happen, will the United States as we know it literally be on the verge of End Times? Probably. Can South Africa count itself lucky that its own populists come across as paragons of reason next to Bachmann? Maybe. DM