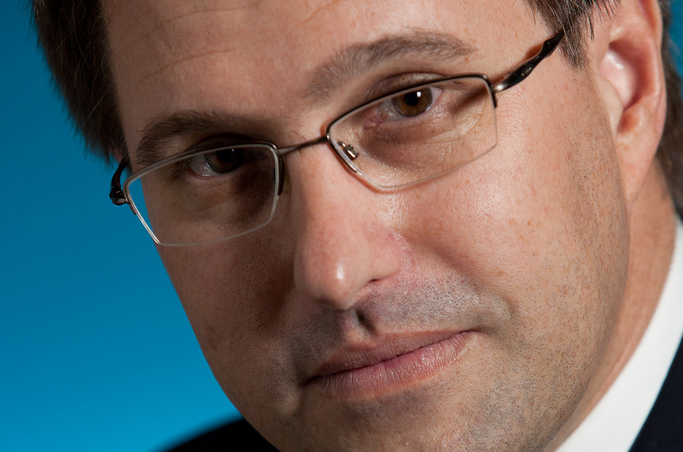 The almost theatrical farce called the SA arms deal has had way too many villains so far including Schabir Shaik, Fana Hlongwane and that group of local corruption sleuths called the Hawks. Fortunately for the public there are good guys too, like the DA’s David Maynier and unrelenting arms activist Terry Crawford-Browne. This one may just end differently. By MANDY DE WAAL.

Revealing new evidence in SA’s seemingly interminable arms deal scandal has been uncovered by David Maynier, the DA shadow minister of defence. Mayner is handing documents to Parliament, Scopa and the Hawks that he claims are “conclusive proof” of corruption and bribery in SA’s arms deal. This includes documented evidence of payments made to a local defence consultant during the procurement of Gripen fighter jets.

“I am handing copies of these contracts to the Hawks, to Scopa and firmly believe these new revelations will show that money has effectively been laundered to this South African consultant. This amounts to prima facie evidence of bribery and corruption which should leave the Hawks with no option, but to re-open the investigation into the arms case,” Maynier told the Daily Maverick this morning.

June 2011 has been a month of shocking exposés that have reignited political, media and public interest in South Africa’s arms deal scandal. First, Mail & Guardian released the memo that informed the Hawks’ decision to end the arms probe, a document which is said to be “littered with contradictions and inaccuracies”. The Hawks scrapped the arms deal investigation in 2010.

Barely two weeks later, on Youth Day, SAAB, the global defence company, released a statement that it had finished an investigation showing its arms deal partner, BAE Systems, had paid R24 million to Hlongwane, the “defence consultant” in the Gripen deal.

Speaking to the Cape Times, Crawford-Browne said, “R24m is a drop in the ocean (compared) to the payments of R1.5 billion I have in affidavits[sic] from the Scorpions. This is a welcome step, but I think there is a lot more to come. Now we have to start talking about restitution for the damage caused to South Africa and we can start uplifting and (making) social issues a priority.”

Perhaps not surprisingly, the presidency has remained mum on the situation and referred media calls to the justice ministry. A spokesman said it had until August to respond to the supplementary affidavit filed by Crawford-Brown in the Constitutional Court.

How will the Hawks respond, given they shelved the arms deal investigation last year in what could only be construed as a political manoeuvre?

“The Hawks are in possession of 460 boxes of documents and 4.7 million pages of documents relating to the investigation into BAE Systems. Surely, there is a high probability that there will be evidence of a possible failure to provide services, of possible forward payments to decision-makers and a possible failure to comply with tax laws and regulations contained therein,” Maynier said.

Not wanting to be drawn on the Hawks’ political will, Maynier said: “The Hawks have agreed to assess the new information emerging in Sweden and the documents I am handing to them and Scopa. I don’t want to prejudge the outcome of this process.”

Maynier said, however, he would be pursuing the matter to ensure justice is done. “This is possibly one of the biggest scandals in the history of South Africa and I will be doing everything I can to get to the truth.”

Given that government has an opportunity to come clean regarding the sordid arms deal saga, it would be wise for them to reflect on what Crawford-Browne wrote shortly after the scandal broke in the early 2000s.

“To people in South Africa and millions around the world who supported the struggle against apartheid, it is incomprehensible that the ANC government’s first major decision was to buy warships and warplanes when there is no conceivable foreign military threat and when the real threat to the consolidation of democracy is poverty.” In a paper called “The Arms Deal Scandal” published in Review of African Political Economy in 2004, Crawford-Browne wrote: “Instead of houses, schools and clinics being built, instead of money to tackle Aids, South Africa bought submarines. The ‘arms deal’ has been described both as a betrayal of the struggle against apartheid and the litmus test of South Africa’s commitment to democracy and governance.”

Crawford-Browne cites public attitude statistics that showed 62% of ANC voters at the time wanted the arms deal scrapped. The deal went ahead in flagrant disregard of the ANC’s constituency and eventually revealed itself for what it was, a scheme to enrich SA’s political elite and politically connected. These included Zuma’s friends, the Shaiks.

When the arms deal was done, Chippie Shaik headed procurement for the ministry of defence and Shabir was a director at local company called Thomson Holdings, set up in conjunction with French arms manufacturer Thomson CSF. Schabir was also a director of African Defence Systems, which too was involved in the arms deal, and which employed Zarina Shaik, Chippie Shaik’s wife. Nkobi, Shabir’s “empowerment” front took its name from ANC treasurer Thomas Nkobi. It came as quite an unpleasant surprise to the Nkobi family.

Before striking gold with arms deals, Schabir’s companies tendered for numerous lucrative government contracts including the renovation of the Durban airport, road projects, driver’s licenses, smart card technologies and the third cellular network. Schabir was found guilty of fraud in 2005, which subsequently resulted in Zuma being removed from office as deputy president under the Thabo Mbeki regime.

Although released from prison, Schabir today cuts a lonely figure exiled from presidential favour and all things ANC. Yet he remains the sad ghost that haunts Zuma’s presidency.

Will the Hawks investigate the arms deal? Will Crawford-Browne’s applications to the Constitutional Court see Zuma launch a judicial enquiry? Or will the Protection of Information Bill be the silver bullet that silences this arms deal spectre?

More than just a litmus test for Zuma, this could be his Waterloo. DM