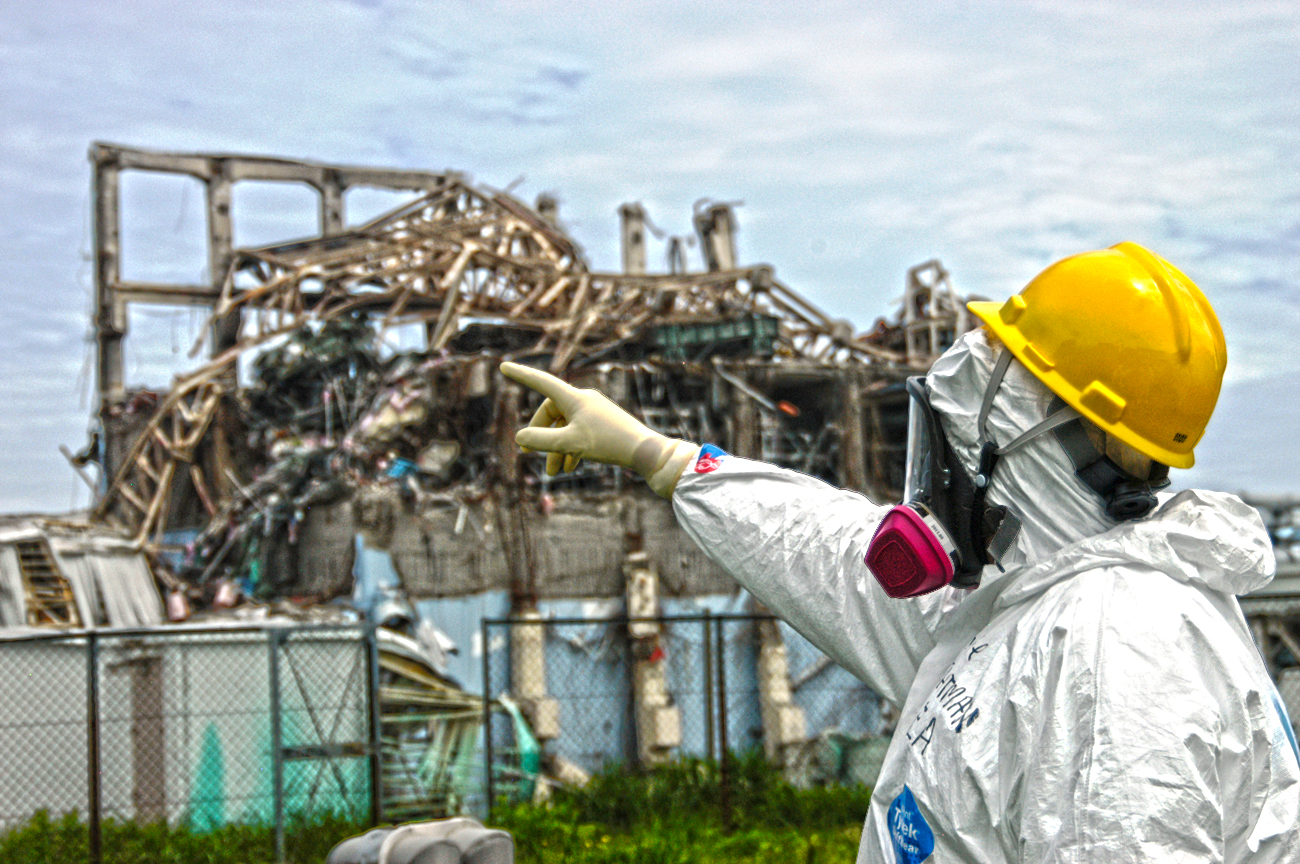 You won’t hear this a lot, but several reactors at the Fukushima I nuclear power plant have been in full meltdown for a while now. The authorities don’t know how to cool the reactors or remove the massively radioactive fuel cores. This is very likely now the world’s worst ever nuclear disaster. By SIPHO HLONGWANE.

The Tokyo Electrical Power Company (Tepco), the owners and operators of the Fukushima nuclear plant recently admitted the accident had released more radioactive material into the environment than Chernobyl in 1986, which would make it the worst nuclear accident ever recorded.

The crisis at the plant followed a 9.0 magnitude earthquake that hit off the coast of Japan on 11 March 2011, followed by a tsunami and series of aftershocks. The natural disaster left 23,000 people dead or missing, but also severely crippled the Fukushima nuclear power plant. The plant was hit by a barrage of tsunamis immediately after the earthquake, one measuring 14m, which caused a power loss in the plant and massive damage to low-lying generators and pumps. The plant’s cooling facilities were crippled, leading to the overheating of the reactors.

Tepco has also admitted that three of its six boiling water reactors at the plant are in full meltdown. The company has been spraying water on the reactors to cool them, and, as a waste product of that, generated massive amounts of highly radioactive water which they don’t really know where to put (they ended up just spilling it into the sea).

Speaking to Al Jazeera English, Arnold Gundersen, a former nuclear industry executive and licensed reactor operator, said, “The fuels are now a molten blob at the bottom of the reactor. Tepco announced they had a melt through. A melt down is when the fuel collapses to the bottom of the reactor, and a melt through means it has melted through some layers. That blob is incredibly radioactive, and now you have water on top of it.

“The water picks up enormous amounts of radiation, so you add more water and you are generating hundreds of thousands of tons of highly radioactive water,” Gundersen said.

According to Gundersen, the technology to effectively clean the plant up doesn’t exist yet.

“Units one through three have nuclear waste on the floor, the melted core, that has plutonium in it, and that has to be removed from the environment for hundreds of thousands of years,” Gundersen said. “Somehow, robotically, they will have to go in there and manage to put it in a container and store it for infinity, and that technology doesn’t exist.

“Nobody knows how to pick up the molten core from the floor, there is no solution available now for picking that up from the floor.

“So 10 to 15 years from now maybe we can say the reactors have been dismantled, and in the meantime you wind up contaminating the water. We are already seeing Strontium [at] 250 times the allowable limits in the water table at Fukushima.

“Contaminated water tables are incredibly difficult to clean. So I think we will have a contaminated aquifer in the area of the Fukushima site for a long, long time to come,” Gundersen said.

Tepco also faces charges that it delayed pumping seawater into the stricken reactors, an activity which would have destroyed the reactors and snuffed any chance of ever using them again. The company denies the charges, but the International Atomic Energy Agency said a Japanese commission of inquiry would have to determine whether the correct procedures were followed.

The Japanese government has convened an independent panel of experts who are tasked with unveiling the “true nature of the accident”. Another panel would be convened to determine culpability after this one released its report.

A nuclear advisor to the Japanese government said that a 966km² area around Fukushima is now likely uninhabitable, due to the high levels of radiation in the area, as reported in Al Jazeera. The authorities have recalculated the amounts of radiation released by the accident, and now believe the number to be 2.3 times more radiation in the first week of the accident than they thought was released in the first 80 days.

Gundersen said the Japanese government was discovering microns of caesium, strontium and plutonium isotopes – referred to as “hot particles” – 238km south of Fukushima, in Tokyo. Long-term exposure to hot particles can lead to cancer.
The Fukushima disaster has prompted world-wide nuclear soul searching (the IAEA has tentatively called for a review of the safety features of every single nuclear plant on Earth), but the Japanese government has not completely given up on nuclear energy. Instead, the focus is on restoring the international community’s trust in Japan as a holder of nuclear technology. When he announced the commission to investigate the disaster, the Japanese Prime Minister Naoto Kan said, “I think Japan’s reputation as a nation depends on whether it can gain international trust by disclosing everything gleaned in the investigation into the cause of the crisis.”

The economic, trade and industry minister Banri Kaieda reiterated Kan’s sentiment, telling the IAEA there was nothing stopping Japan’s other nuclear power plants from operating. DM

Photo: International Atomic Energy Agency (IAEA) fact-finding team leader Mike Weightman examines Reactor Unit 3 at the Fukushima Daiichi Nuclear Power Plant May 27, 2011 to assess tsunami damage and study nuclear safety lessons that could be learned from the accident. Since the start of the Japanese nuclear boom in the 1970s, Japan’s utilities have relied on temporary workers who receive little explanation on the health risks from radiation. REUTERS