Analysis: The silence of the SA media owners

Analysis: The silence of the SA media owners 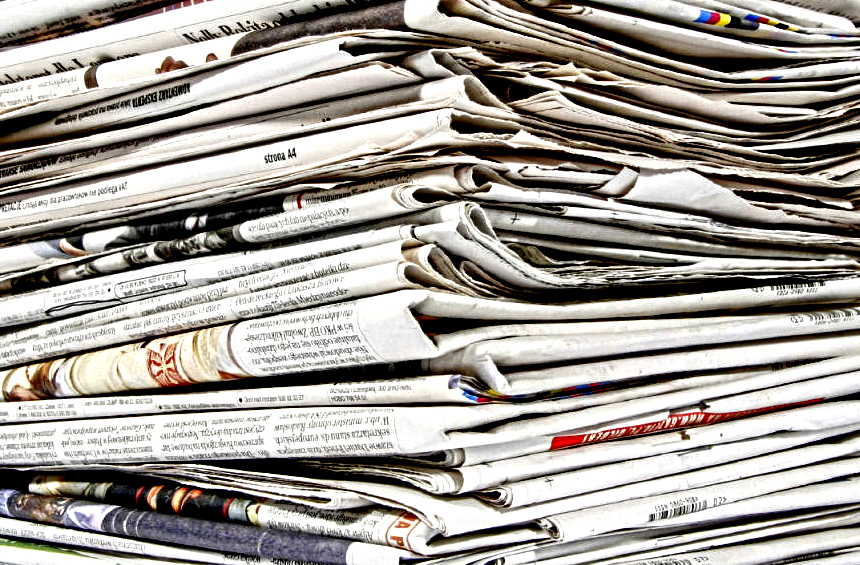 There's a voice missing in the current debate over government advertising spend - the newspaper owners’ old boys’ club, Print Media South Africa. Representing more than 700 titles, including the Big Four major publishers, it's the Big Kahuna of the media landscape. It is, to be frank, the real media cartel for which Jimmy Manyi has been searching. By CHRIS VICK.

The PMSA’s objectives are “to represent, promote, express, interact and intervene in all matters concerning the collective industry and matters of common interest to members.”

Can one assume this includes “representing, expressing, interacting or intervening” on what GCIS has been saying about rewarding positive editorial coverage with positive advertising investment, given the potential of these comments on the owners’ bottom line? And remember, those owners include Avusa, Independent, News 24 and Caxton.

Not today, thank you.

The owners and managers are keeping their heads down. Instead, it’s the editors, who have a string of far-from-insignificant challenges of their own, such as editorial quality, accuracy, training and building confidence in their content, who are “deadlocking” with Manyi and who will meet with government on the deteriorating relationships with government – which, when it’s all done and dusted, impact on the bottomline.

So whose factory are they defending? The key component of PMSA is Nasa (Newspaper Association of South Africa) – founded in November 1882 long before the US space administration which sent people to the moon. This makes the PMSA, as its website proudly tells us, “the oldest communication industry association in South Africa”.

Nasa’s membership “comprises 43 urban and metropolitan daily, weekly, twice weekly and monthly newspapers, published in English, Afrikaans and Chinese” according to its website, which has conveniently forgotten the several indigenous-language newspapers.

So this is no cooperative of small-time printers with ink on their hands. The PMSA is a massive, seemingly omnipotent and omnipresent organisation which represents a multibillion-rand industry. It is the closest Jimmy Manyi will find to a South African media cartel. And, with just one woman on its executive, he could probably describe it as an old boy’s club too.

For the public, the PMSA’s current posture, or non-posture, is indicative of how the media industry functions in 2011.

Under the old economic model, editors would generally confine themselves to focusing on the first two components – improving editorial coverage and, thereby, increasing readership. Content and circulation were king. Editors were able to leave advertising revenue to the publishers and focus on editorial quality, telling the story better because they wanted more readers rather than because they wanted more advertising. Indeed, the greater the distance between editorial and advertising the better. That way, advertisers were unable to influence editorial content, thus increasing the credibility of what was found in the editorial space.

But anyone who’s spent more than 10 minutes in a South African newsroom knows that today’s editors spend more time reading budgets than they do reading copy. They are more publishers than editors. They count more beans than words.

In this environment, the owners and managers must relish the fact that it is Sanef which is doing their work by putting themselves in the frontlines of the battle over adspend. The industry’s leather armchairs must reverberate when Avusa’s owners see Mondli Makhanya going on national television to question government’s advertising choices rather than CEO Prakash Desai or publisher Mike Robertson (both PMSA board members).

By these actions, the editors may have self-cemented their role as publishers rather than editors. And so Sanef becomes the voice of the media industry rather than the media profession.

It would be easy to write off the conveniently obscure PMSA as a toothless, meaningless dog. That would be naïve. South Africa’s print media bosses are a shrewd bunch and they have clearly taken a strategic decision to stay out of the debate – and not just the advertising one, but the other two hot topics affecting press freedom and revenue: the Protection of Information Bill and the proposed media tribunal.

The PMSA hasn’t always been averse to taking on government. Its website proudly asserts that it has “interacted” with government in the past on such pertinent issues as the regulations relating to foodstuffs for children, the Gauteng Planning and Development Act, the Foodstuffs, Cosmetics and Disinfectants Act of 1972 and (wait for it) the Administration of Estates Act 66 of 1965.

But that was then. And this is now.

These days, while newspaper editors defend the owners’ bottomlines, the owners’ club spends its time issuing press cards (Want one? Just log onto www.pmsa.org.za) or dishing out awards for excellence in journalism – the Shandukas, for example, which were presented to some of South Africa’s finest journalists last month. But it is silent on some of the greatest current threats to journalism, the media profession and the industry.

So why do we have a quiet cartel?

Maybe it’s because the owners and managers know the real numbers behind the conversation and the fact that government adspend in the print media is relatively small.

According to Nielsen’s latest review of advertising expenditure, for example, government isn’t exactly a big hitter: it was 23rd biggest advertising spender in 2010, and the lion’s share of that went to the electronic media (the SABC). The same report shows national government spent R232 million on advertising in 2010 (not quite Manyi’s figure of R1 billion). Of that, R140 million went to radio and TV. And only R80 million was spent on print.

So if you’re running a cosy multibillion-rand industry, with all sorts of collaborative practices you may want to keep government’s eyes away from, is it really worth going to war over R80 million?

For the editors, it clearly is. They are people of principle, after all, even if the distinction between editorial, circulation and advertising gets a little blurred at times. The editors should be congratulated for challenging government on the potential abuse of public money and for reminding the world that government should advertise in a way that best gets its message across rather than using it as a reward for positive editorial coverage.

It is refreshing that editors want to play a responsible role in ensuring the survival of their products, in the broader interests of press freedom. To the frontlines! Defend the factory gates! If we saw that attitude in the motor industry, in manufacturing or even in the police force, we’d strengthen the social contract that exists between workers, management and shareholders and ensure mutual success and growth.

But the very fact that the editors have had to step forward could also be seen as an indicator of a lack of faith in the owners and managers of the titles for which they work – people for whom the bottomline is the be-all and end-all, and who probably feel it’s not wise to rock the boat right now.

Consider this: The debate over government adpsend has raged for weeks now. In the midst of all this heat, Print Media South Africa’s last public comment was a statement on the 10 May to congratulate a group of design students.

The students, in an ironic twist, were rewarded for developing a series of new adverts for the print media. Promoting press freedom. DM