Analysis: Changing of the ANC guard, beginning of a long walk into darkness 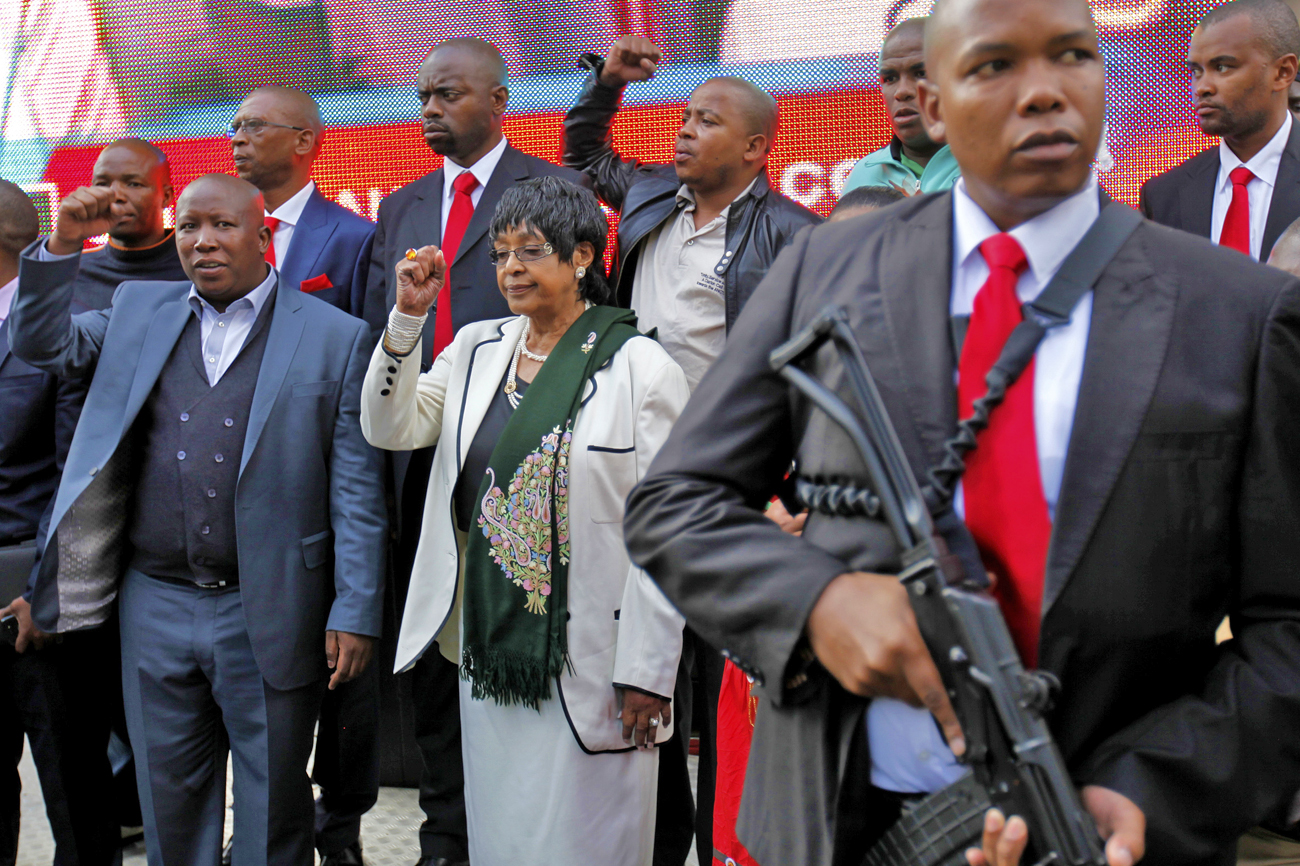 Comparing the thoughts and deeds of Kader Asmal to, say, Julius Malema or Jimmy Manyi and looking ahead to them as our future is not the most cheering thing for us media/capitalist types. But examine their differences we must, because the people who joined the ANC to fight for freedom are not the same as those who join it for power. By STEPHEN GROOTES.

It’s one of those weeks in our politics when you want to ask, where are we?  And where are we going? The increasing momentum behind the Malema mega-tsunami comes as the great Kader Asmal has passed on, and as we are beginning to say goodbye to that first generation of struggle and freedom ANC stalwarts.

In every political culture there is something fantastic about sitting down around a campfire with old warriors and talking about the past. Even if you hated them and everything they stood for when they were in office, out of it, they’re always fascinating. Even just a couple of years from real power, someone as disliked by the political press as Essop Pahad can be charming. So we must examine how we feel about the old guard with a pinch of salt.

That said, listening to Winnie Madikizela-Mandela is listening to another age. When Vilikazi Street was where it was happening. Her speech, her choice of words, even the way she dresses is of her generation. She is sophisticated, she has seen the world and knows how good and evil it can be. This life experience has a certain impact on the individual. She is, despite all that some say about her, a democrat; she sees the other side. Pallo Jordan is the same. He was forced into years of exile and spent much of that time in Britain. It shows. He knows a media tribunal will never work, and that the Protection of Information Bill is hopeless. Only someone who spent years in the UK would start his first press conference on South African soil with the phrase “As I was saying before I was so rudely interrupted 20 years ago”.  Asmal was exactly the same. In him you had a law professor’s brain married to years in Dublin. This experience of exile, as awful and lonely as it was, also brought a sort of worldliness to the ANC. As a movement made up of its people, there was a certain sophistication brought about by the simple process of travel. It had broadened minds.

This old guard is passing. And they are being replaced, drowned out perhaps, by a crop of loud, greedy demagogues. How is it possible that the only person who could knock Julius Malema off the top spot in the news agenda is Jimmy Manyi? The two are incredibly similar. In fact, we have suggested before that at times there is a sort of alliance between the two. They were on the same side in Eskom’s battle with Jacob Maroga, over Manyi’s little tiff with Trevor Manuel and then again on Wednesday, when the League, predictably, put out a statement lashing the media and backing Manyi.

In this the real problem is that the ANC is a victim of its own success. It is the ruling party and will be for some time to come, and so anyone with an eye on the main chance is going to realise that their path to power could well lie through the party. How different that is from the time when a Transkei teenager came to Joburg and hoped he’d get a job on the mines. That Transkei teenager has a very ready answer to that immortal question, “What did you do in the war?”

Manyi, so far, has not answered that question, in public at least. Malema is slightly different. He would claim he joined the struggle as soon as he was able. Testifying in his Hate Speech Trial he told of taking a gun to the funeral of Chris Hani, as part of his struggle. Unfortunately, his lifestyle gives the lie to any claims he may have of struggling for the poor.

This is not just about age and generations, or even about “generational mix”. It’s also about that complicated group that is being called “africanists”. Madikizela-Mandela at a press conference is unruffled intelligence, no matter what is thrown at her, she gets the point of the other side. Malema, as you already know, is no democrat. Great at getting the trains of his conference to run on time, not so hot on listening to the other side.

This is the problem. One of the important lessons of life the struggle taught those who fought it is that everyone really is equal, comrades really are comrades and those who aren’t comrades are just South Africans you don’t know yet, but will eventually meet. In short, they’re democrats. This new lot has worrying tendencies of being anything but.

Does Manyi seriously think anyone believes him when he says the media should report mainly on government’s “agenda”? Or that someone who refuses to answer questions about how he tried to secure a deal for a mate while labour director-general from a foreign ambassador is someone who can lecture the rest of us on truth and honesty. The fact is, because of his life, the things he has done in it, he has no credibility whatsoever. And the fact is, he knows this. Because he tries to shut down anyone who brings it up.

Malema is the same. When he threw BBC reporter Jonah Fisher out of that press conference it was because Fisher was asking the one question that undermines his entire argument, it was about his life of comfort in Sandton.

When talking about the youth taking over, particularly politically, it’s tempting to just fall back and remember the quote Plato attributed to Socrates, that “The young people of today think of nothing, but themselves. They have no reverence for parents or old age. They are impatient of all restraint. They talk as if they alone knew everything and what passes for wisdom with us is foolishness with them. As for girls, they are forward, immodest and unwomanly in speech, behaviour and dress.”

But this is far more important.  The lust for power, personal and financial, is taking over. Those who fought for freedom are being outnumbered, outshouted by those who think only of themselves and their bunch. And while we are still certain the ANC won’t ever, can’t ever, become a party of just one race, it can become a party of non-democrats. Of people who don’t listen, because they don’t care about the other side. In short, there are times when we worry that people who think like Malema and Manyi are taking over from Madikizela-Mandela, Jordan and Asmal. And this week is one of those times. DM