Nationalisation: The capitalists strike back

Nationalisation: The capitalists strike back 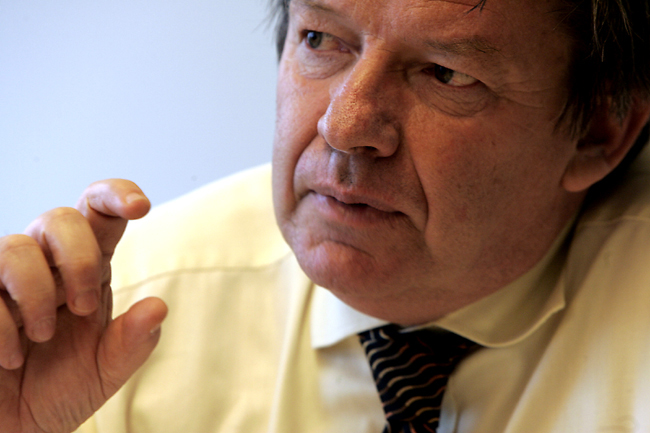 In February we took the rare step of writing an open letter to the chairman of Business Unity South Africa and head of Business Leadership SA, Bobby Godsell. After Julius Malema's recent theatrics, it appears big business is finally waking up. By STEPHEN GROOTES.

In our letter, we said business was being too quiet, allowing Julius Malema to have a debate with himself about the nationalisation of mines. In case you missed it, Malema had the same debate with himself this last weekend and indeed, found that he hadn’t changed his mind. So when business says, finally, that it is going to get involved, we have one response: What took you so long?

The setting was certainly different to what we saw over the weekend as well. Instead of the cavernous halls of Gallagher Estate there was an intimate boardroom in the usual BLSA hideaway up on the ridge overlooking Joburg, one of those old Randlord houses in Parktown. The occasion was a briefing after, if the coffee plungers were any guide, a longish meeting of the group’s top brass. It was just the group’s two main men, Godsell and Michael Spicer. And unlike just about every political press conference ever, it started on time.

Partly, perhaps, because there is now plenty at stake, as Spicer puts it, “We think it’s a bad idea and there are better ways to solve our problems”. With that simple phrase we finally have a debate. Bobby Godsell has always been upfront about being a capitalist and he’s not shrinking back now. He puts it really simply, “There are better ways to create jobs and alleviate poverty than by having government take over the mines.”As a capitalist website, it feels good to hear someone finally says it. Especially when we spent the weekend watching the traffic going all one way.

BLSA’s Spicer puts some meat on the bones of the argument. “There are millions of South Africans, black as well as white, in fact more black than white now, who have their pensions held, through institutions, in mining companies.” The message is clear, the ANC Youth League is playing with everyone’s future here. For Spicer it really is about how the League’s plans would pretty much be the end of life as millions of South Africans know it. And that would just be in the short term.

Because, he continues, international investors are now hugely wary. “Everyone knows that business likes certainty and stability, what it likes least is uncertainty… We cannot continue to allow this debate to go on for another 18 months and think it won’t do any damage.” He also believes both government and business have a responsibility to ensure this debate is held properly with the least amount of damage caused.

And while Spicer and Godsell are there, there are plenty of other problems for business at the moment. Godsell and Spicer encapsulate so many things happening in our country at the moment, when they point out, “We have a world-class harbour at Richards Bay”, but the railway line there can only handle two-thirds of the coal the harbour can manage. So our exports are limited by Transnet. Which leads us to deployment, Siyabonga Gama and all the rest of it. Then there’s broadband. Godsell is surely preaching to the converted when he points out that high Internet costs hurt start-ups disproportionally, and that surely it’s time for our connectivity costs to fall into line with those of the rest of the world. All in all it’s not a rosy picture for business.

And, yes, there’s an admission that business should have moved earlier, that it’s now entering this debate far too late. Of course, what’s happened over the last few months, climaxing over this weekend, is that both Malema and his argument have grown into such a tsunami that they sometimes look like a fait accompli.

But the capitalist duo are not fazed. They point out that we’ve been here before. Those with longish memories will remember how Nelson Mandela said during his first speech as a free man that the mines would be nationalised. Spicer remembers it well, he was there. Godsell has an even longer memory of his history books when he points out that nationalisation was the official policy of the National Party government when it came to power, and it was only because Afrikaner capital was beginning to make its voice heard.

As capitalists who believe in business, in letting capital do the work of getting metal out of the ground, we are pleased at these latest developments. We are still a little worried though. Business cannot afford to be polite here. Our politics is no longer filled with pipe-smoking debaters, it’s changed. It is now occupied by rough youngsters with sharp elbows who have no time for nicety. To make an impact you are going to have to play this hooligans’ game like hooligans, not like gentlemen.

This will require work, thought and facts. Plenty and plenty of facts. Spicer tells us the Chamber of Mines (by the way, no-one heard from them since Sunday) is working on an empirical study of nationalisation. Good. Bring the data, put it on the table. If you can, make it personal, tell the League’s members how many of their parents are likely to lose their jobs if this happens. Explain what impact closing down all these massive companies would have on government’s tax net. If you can, point out how many schools and hospitals are currently paid for by the tax generated by these nasty capitalist souls.

And then, play a good marketing game. Over the weekend, as Spicer pointed out, Zambian mining minister Maxwell Mwale told of how “When our mines were nationalised, they cost a $1 million a day, now that they’re run privately they generate $1 million a day for us”. Get Mwale to come speak here, once a week, find his fellow travellers from Africa and get them to come too. They won’t say no, we guarantee it.

And for goodness sake, bring volume. This cannot be a conference once a year and a press conference every six months, with just Peter Bruce doing the heavy lifting once a week. You have to compete with the sheer volume that is our politics at the moment. So speak loudly, speak often.

And then, finally, when Malema does speak, respond. Appoint a spokesperson who is always available, who is sharp, doesn’t have to be senior, just someone who gives a cellphone number to everyone they meet and keeps it on. And then responds when Malema and company come up with some new nonsense.

It’s quite difficult to know at this stage how this whole debate is going to end. One of the problems is that the League is a little cavalier with its definitions, and what does it mean by nationalisation in the first place? It doesn’t quite say. At the same time, the ANC is clearly split on this issue – as it is with so many others.

But the introduction of business should help, at the very least there should now be a debate, a discussion. But of course, in politics, and particularly with this, speaking up can be the easy part. Getting the young lions to listen, now, that is the hard part. DM

Stephen Grootes is an EWN reporter.