These prancing Penzance pirates have more panache than... 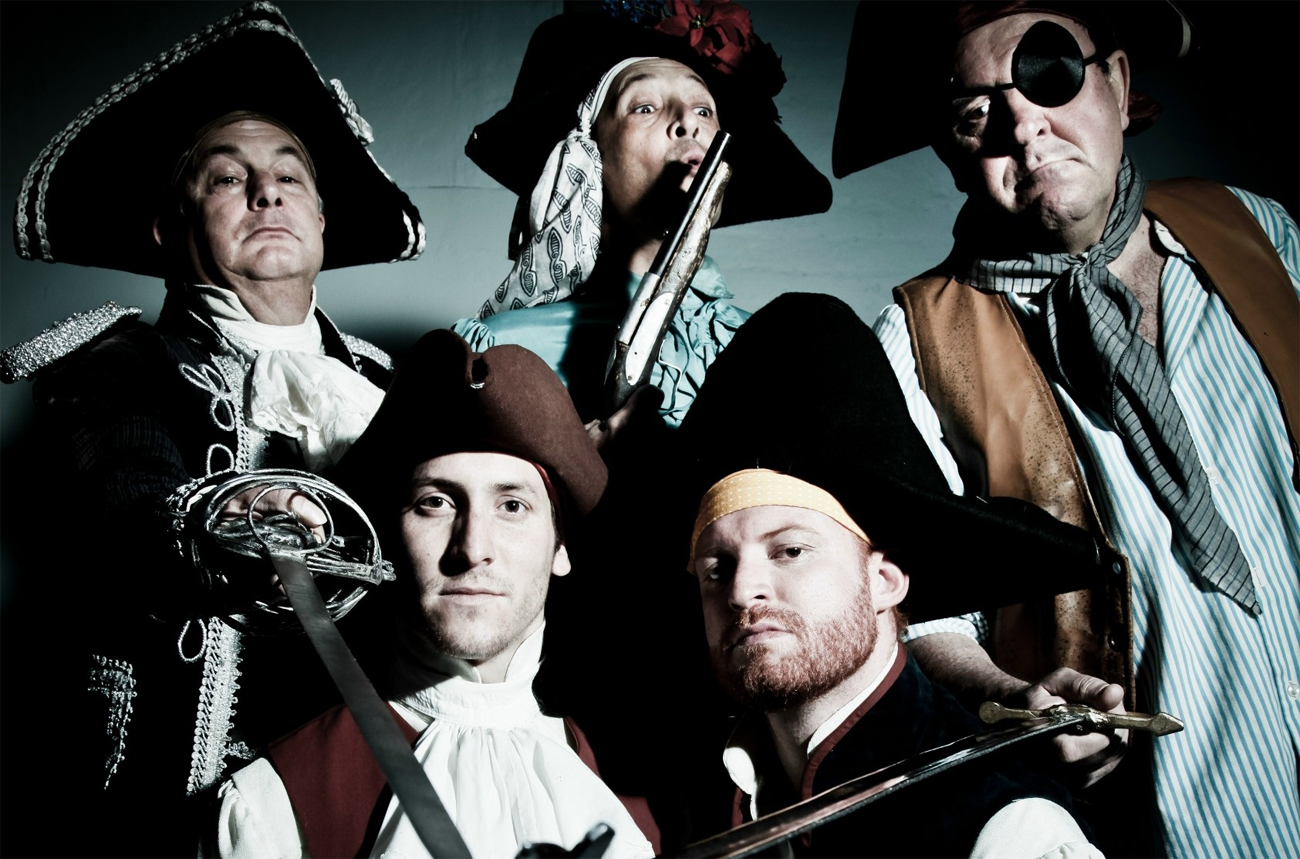 An evening of Gilbert and Sullivan does sound terribly sophisticated, what? Ah yes, watching a classic operetta is bound to make us feel all smug and supercilious while the hoi polloi fester at home staring at the telly. By LESLEY STONES.

Except Gilbert and Sullivan were about as highbrow as Lady Gaga in their day, and the fabulous “Pirates of Penzance” really is entertainment for the masses. If only they knew!

The plots devised by WS Gilbert were often crackers anyway, so here we have a jolly nice young man indentured to a band of pirates more likely to offer you a soothing cup of tea than run you through with a cutlass. The lyrics are delightfully daft, written in that wonderfully clever, pack-’em-in style that sees words of five syllables rattled off in hilarious rhymes.

But the latest twist is that this comic opera has been kidnapped by director Greg Homann and his hearty band of henchmen. Homann has created a pared-down Pirates, similar to other romps like “Round the World in 80 Minutes” and “Shakespearean highlights that finish in time for supper”.

This is Pirates with a cast of five men and an orchestra slimmed down to one piano. It’s the choice of men that make it so funny, because this mix of veteran actors and keen youngsters is superb. To do justice to Gilbert and Sullivan, and especially a version that takes the mickey even more, you have to be a smart, accomplished actor. This is a send-up of a parody, and that demands the ability to laugh at yourself first. Yet the Pirates aren’t openly playing for laughs, and their earnest actions make it even more entertaining. So sit near the front, because the facial expressions are fabulous. A raised eyebrow here, a furtive smile there, a glower at the audience when we think we know what’s coming. There are layers upon layers of humour, starting with the plot and the lyrics, building through the doubling-up of characters, the ridiculously colourful costumes, brilliantly improvised props and endless little comic gestures.

When stern James Borthwick promenades across the stage pushing a clothes rack that’s playing the part of five policemen, the whole theatre cracks up. Borthwick then leads the audience in a bit of impromptu singing, because the songs are so catchy you just can’t help joining in.

Since the plot involves various young ladies, this version sees stout and ruddy middle-aged men wearing flouncy skirts and singing soprano. That makes it sound like a pantomime, except this is no silly slapstick, it’s pure inventive genius. Bearded Clinton Hawks is the best woman, playing a simpering Mabel who’s all a-flutter as she’s wooed by Frederick, the trainee pirate. Brandon Lindsay as Frederick has smitten puppy-dog expressions as he duets with Mabel, and that absolute conviction from the actors is what makes this whole production so damn slick.

Homann designed the set as well as directed the show, giving us a quaint hotel bar in Cornwall that cleverly uses a couple of screens behind which the fastest costume changes can take place. The timing is so perfect that in one brilliant moment, David Dennis as Ruth, the old pirate slapper, manages to accost himself when he switches to play the Major General.