SA's 'lords' of war have a new lease of life

SA’s ‘lords’ of war have a new lease of life 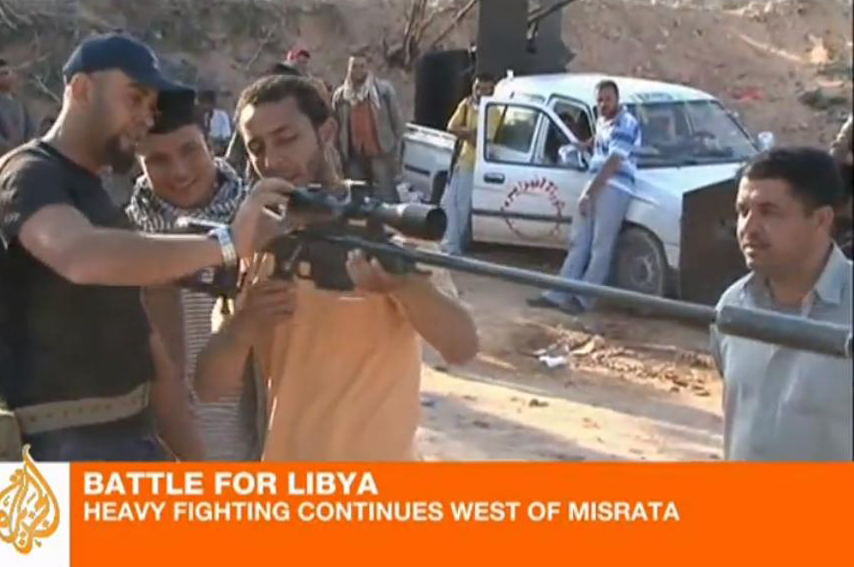 South African armoured Ratel troop carriers are turning up in war-torn Yemen. Locally produced sniper rifles are being used in Libya’s civil war. As reporter Julian Rademeyer found out, it appears life has returned to the South African arms industry, with the National Conventional Arms Control Committee being a law unto itself.  By MANDY DE WAAL.

There was a time when South Africa’s arms industry had all but ground to a halt. But democracy has given new life to the local arms industry and South African weapons are turning up in the Libyan civil war and in Yemen. By law, local weapons manufacturers shouldn’t be selling arms to countries “engaged in repression, aggression or terrorism”, but that doesn’t appear to deter South Africa’s “lords of war”. They are selling arms to the highest bidders, apparently in flagrant disregard of the law.

“Our legislation says that we won’t trade with countries that have a questionable human rights record or that are engaged in repression, aggression or terrorism,” says Julian Rademeyer, a senior reporter with Media24’s investigative unit. Rademeyer’s story on SA sniper rifles being used in Libya’s civil war appeared on the front page of City Press on Sunday.

“The situation here is really more about the National Conventional Arms Control Committee (NCACC) which oversees the export of SA arms, and which has danced around and for all intents and purposes has ducked our questions about the sale of these sniper rifles to Libya. The NCACC is clearly avoiding the issue of the sale of arms to questionable countries,” says Rademeyer, who adds that the Media24 investigative unit repeatedly asked the NCACC to confirm the sale of the sniper rifles and to state how many were sold. Media24’s investigative unit never received a clear response from the NCACC .

“The story of SA sniper rifles in Libya had been floating around since February this year when David Maynier raised it in Parliament. Our unit started investigating the issue, but it was impossible to get confirmation that the sale had gone through. We got a very evasive response from the department of defence, which referred us to the NCACC headed by Jeff Radebe, which was equally unhelpful,” says Rademeyer, who was tipped off about videos of the Libyan war that clearly featured locally manufactured sniper rifles.

“There are two videos, one made with a mobile phone and the other which was aired on Al Jazeera, where you can clearly see that the rifle is a Truvelo sniper rifle. Once this was established it was a matter of getting someone who could verify that the rifle was indeed made by Truvelo,” he says.

Truvelo sniper rifles are very distinctive and according to seminal military magazine, Jane’s Defense Weekly, the company’s countermeasure sniper (CMS) rifles have become world famous for their “outstanding combination of calibre, compact design and lightweight construction” which makes them ideal for any mission. Truvelo is a Midrand-based company that also manufactures hunting rifles and shotguns. Media24’s investigation team gave the videos of the sniper rifles to a number of weapon’s experts to verify they were in fact made by Truvelo. Forensic expert and former policeman Tom Wolmarans told Rademeyer it was “highly likely” the rifles were Truvelo after identifying “seven or eight” unique attributes. Another firearms expert, speaking on condition of anonymity, verified four distinguishing marks that would indicate the origin of the rifle as Truvelo.

Despite the overwhelming evidence, when Rademeyer approached the NCACC he was stonewalled. “The NCACC released a 1,000-word statement earlier in February this year saying that the sale of arms to Libya had been compliant with the law, but which made no mention of the sale of the sniper rifles,” says Rademeyer, who adds that when he questioned the NCACC they merely referred him back to the earlier blanket statement.

While the statement makes no mention of Truvelo or its sniper rifles, it does say that the NCACC is “a responsible committee of government and one which carries out its mandate with the highest levels of diligence”. It also declares it would “like to assure everybody and the international community that South African government will continue to conduct arms transactions in a responsible manner and in doing so, will observe obligations imposed on it by both domestic and international laws.”

Despite its assurances, the NCACC has been less than responsible or diligent when it comes to reporting in Parliament. The commission, headed by Radebe, and which includes defence minister Lindiwe Sisulu, has an errant record for both annual reports and quarterly reports which by law are meant to be submitted to Parliament.

“There’s been nothing but silence from both the ministry of defence, Jeff Radebe and the NCACC on the issue of sniper rifles being sold to Libya,” says David Maynier, the DA’s shadow minister of defence. “In my view there has been a collapse in effective oversight of the NCACC and arms exports from South Africa. There is no effective scrutiny or oversight of conventional arms sales from South Africa.”

Watch Al Jazeera report which features the SA sniper rifle at the end of the clip:

Maynier says the opposition party has had to “crow-bar” annual and quarterly reports out of the NCACC. Since the enactment of legislation governing the NCACC in 2002, it was legally obliged to have issued regular quarterly and annual reports to Parliament and to the oversight committee on arms sales. It has failed to do this.

“The NCACC has not made reports available in the past, and despite receiving our first report from the commission in May 2011 after petitioning the speaker of Parliament, there is no guarantee we will receive these reports in future,” says Maynier. He adds that at times when reports have been released they have been withheld from the oversight committee. “If one looks to apportion blame for the lack of effective oversight then part must be apportioned to Parliament because some quarterly reports were submitted, but were never circulated,” Maynier says. Currently there is no annual report on record for the commission for 2009.

Further, the NCACC appears to be a law unto itself and selectively determines what it wants to report. It doesn’t disclose the quantity or type of arms sold to certain countries, although it does do this for the UN conventional arms register.

Both the NCACC and the ministry of defence are increasingly being characterised by a code of silence and appear to operate with impunity. When questioned by Maynier in Parliament about the presence of South African Ratels in Yemen, Radebe said he didn’t know how they had come to be  there.

This is a similar tactic used by defence minister Lindiwe Sisulu. In February when asked about the sale of sniper rifles to Libya, Sisulu initially denied these sales had taken place. Later her spin doctors clarified her statement saying there was no denial, and that what she had said was: “Have we sold any sniper rifles to Libya? Not that I’m aware of.”

In Libya sniper rifles are now being used to target children. In April Unicef announced children were increasingly being targeted by snipers in Libya. Unicef’s Marixie Mercado recently told the media the organisation had received “reliable and consistent reports of children being among the people targeted by snipers in Misrata.”

This is an emotional and very uncomfortable truth about what weapons do in wars. This and other inconvenient truths could be why Sisulu and the rest of the government’s security cabal are desperately trying to rush the Protection of Information Bill through government as soon as possible. The Bill would make it a lot easier to hide the truth legitimately, stonewall pesky investigative journalists like Rademeyer and the awkward questions they keep asking. DM