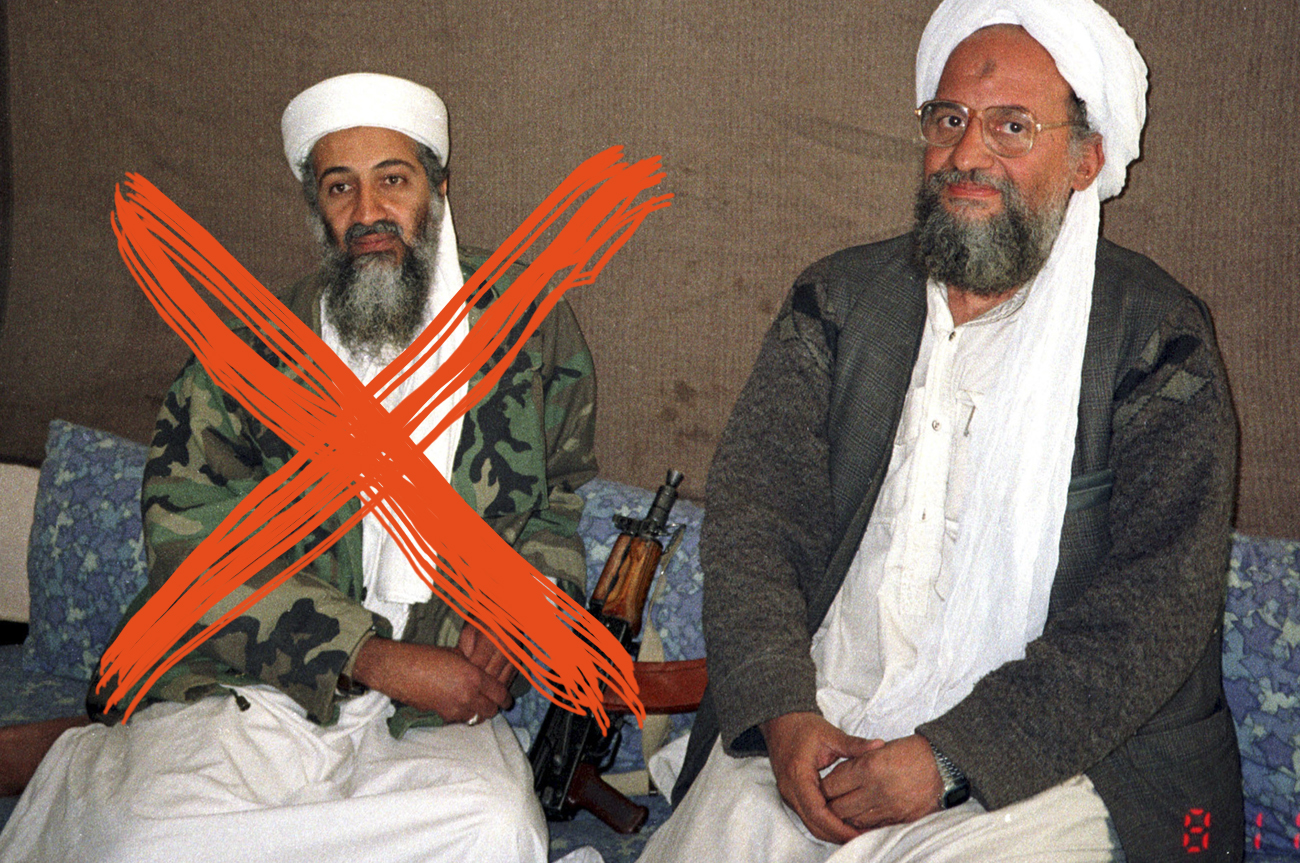 On Thursday al Qaeda officially promoted the Egyptian-born eye surgeon, Ayman al-Zawahiri, to the top spot on its organogram, six weeks after US Navy Seals killed Osama bin Laden in his hidden-in-plain-sight hideout in Abbottabad, Pakistan. Al Jazeera TV quoted a media release in which al Qaeda announced that its general command had appointed al-Zawahiri as its new head. Al Qaeda said, “We seek with the aid of God to call for the religion of truth and incite our nation to fight.” Al Qaeda added that its general command, “after completing consultations, decided that the sheik doctor Abu Mohammed Ayman al-Zawahiri take the responsibility and be in charge of the group.”

Al Qaeda didn’t offer details about how it reached its decision – the terrorist group doesn’t put its leadership debates live on CNN or hold caucuses and primary elections. But al Qaeda’s organisational guidelines, according to copies held by West Point’s Combating Terrorism Centre, do make it clear al Qaeda does have a formal chain of command and succession. According to the documents, if al Qaeda’s leader is killed or captured, leadership transfers to his deputy, with an executive council vote following to confirm this, and al-Zawahiri was Bin Laden’s deputy until his elevation to the top position.

“Al-Zawahiri was the most logical successor to Bin Laden,” says Rita Katz, director of the Site Intelligence Group that closely follows such groups. She adds that “As one of al Qaeda’s earliest leaders and ideologues who deeply understands how the organisation operates, he continues to enjoy great respect within the global jihadist community and is currently al Qaeda’s most prominent figurehead.”

Time magazine quotes al-Zawahiri, “Today, praise God, America is not facing an individual, a group or a faction. It is facing a nation that is in revolt, having risen from its lethargy to a renaissance of jihad.” And in his videotaped eulogy for Osama bin Laden, released on 8 June, al-Zawahiri said Bin Laden would continue to “terrify” the US from beyond the grave. The announcement of al-Zawahiri’s accession must also be making conspiracy theorists writhe in frustration: No fair, anymore, claiming Bin Laden is still alive and living comfortably, albeit secretly, in the Antibes or anywhere else or being held incommunicado in Guantanamo.

Most experts had been predicting al-Zawahiri would eventually hold al Qaeda’s top job when the time came. Nevertheless, only last month there were reports of a different jihadist veteran having become interim chief. Nonetheless, the FBI moved al-Zawahiri to the top slot in their international Most Wanted Terrorist list and offered $25 million for information leading to his capture.

Al-Zawahiri is a physician and the founder of the Egyptian Islamic Jihad that later merged with al Qaeda; he has been indicted for his part in the 1998 bombings of the US embassies in Dar es Salaam and Nairobi.

While the FBI clearly really wants this guy, other US officials seem to have a lesser opinion of him. According to AP, one official deprecated al-Zawahiri in his new role, saying he had “nowhere near” Bin Laden’s credentials or any evidence of “strong leadership or organisational skills”. Moreover, “His ascension to the top leadership spot will likely generate criticism if not alienation and dissention within al Qaeda.” And other experts wonder if al-Zawahiri will be able to command complete authority over al Qaeda operatives from Saudi Arabia and other gulf states, given his Egyptian origins.

Other analysts demur, saying that while al-Zawahiri lacks Bin Laden’s acknowledged charisma. He was, after all, the operational brains behind the 9/11 attacks and the man who nudged Bin Laden into thinking globally, broadening his message from a complaint about US forces in Saudi Arabia to a litany of Islamic grievances ranging from the Indian presence in Kashmir to the problem of Palestine.

The BBC’s Middle East correspondent, Jon Leyne, meanwhile, says priorities for al Qaeda’s new leader may now include attempting a big attack to reaffirm that his organisation is still in business. Leyne adds, “Al-Zawahiri will want to turn the wave of unrest in the Middle East to al Qaeda’s advantage – perhaps building more of a power base in Yemen and working to intensify the instability there.” Still, al-Zawahiri and al Qaeda naturally have some support. Pakistani Taliban spokesman Ahsanullah Ahsan told AP by telephone from an undisclosed location, “We share the same path with al Qaeda. We are allies….The revenge will continue.”

But, where is al-Zawahiri now and what is he planning for the future? He’s had that bounty on his head for years and analysts believe he is probably hiding somewhere in the Afghan-Pakistan border region. However, given where Bin Laden was finally found, the search zone may have to be expanded too.

And al-Zawahiri and his group have some challenges too. They have to deal with promoting al Qaeda’s religiously inspired agenda of the creation of a new caliphate across the Muslim world, even as this goal is increasingly sidelined behind the popular revolts of the Arab Spring where people have been seized with aspirations for more Western-style democracy. In an effort to gain traction in these new circumstances, al-Zawahiri recently praised the uprisings of the Arab Spring as revolts against “corrupt and tyrant leaders” and he urged Arabs to continue their “struggle until the fall of all corrupt regimes that the West has forced onto our countries”.

Al-Zawahiri and Bin Laden first met in the late 1980s in Afghanistan and the Egyptian reportedly gave medical treatments to Bin Laden and others battling Soviet forces. Their alliance developed years later.

Al-Zawahiri came from an upper middle-class Egyptian family of doctors and scholars. His father taught pharmacology at Cairo University’s medical school and his grandfather was the grand imam of Al-Azhar University. When he was 15, he established an underground cell of high school students in opposition to the Egyptian government and continued his political efforts while studying medicine. Al-Zawahiri spent three years in an Egyptian prison before heading off to Afghanistan in 1984 to fight the Russians where he linked up with Bin Laden. Al-Zawahiri later followed Bin Laden to Sudan and then back to Afghanistan, finding refuge there during the Taliban’s period of rule. He is alleged to been involved in the 1998 bombings of the US embassies in Africa and then the 2000 suicide bombing of the USS Cole.

In a 2001 treatise, al-Zawahiri described the strategy for the jihadi movement as one of inflicting “as many casualties as possible” on Americans. “Pursuing the Americans and Jews is not an impossible task. Killing them is not impossible, whether by a bullet, a knife stab, a bomb or a strike with an iron bar.” His hatred for Americans also has personal roots. His wife and at least two of his six children died in a US air strike during the 2001 US invasion of Afghanistan.

Al-Zawahiri has laboured for years to rebuild al Qaeda’s leadership in the Afghan-Pakistan border region. The group has inspired or been involved in attacks in North Africa, Saudi Arabia, Yemen, Pakistan, the 2004 train bombings in Madrid and the 2005 transit bombings in London. The CIA came close to capturing him in 2003 and killing him a year later. In 2009, the agency thought it finally had him, but CIA officers were set up by a double agent who then killed himself and seven CIA employees in Khost, Afghanistan.

In the months ahead, al-Zawahiri’s al Qaeda may well be more dangerous than it has been over the past several years, now that it has a serious competitor in the shape of the ideals and activists of the Arab Spring for the Arab street’s affections, and it tries surprise activities to seize the initiative again. Or al Qaeda may well be shuffled off to history’s ash can as a result. We may well find out soon enough. DM

Photo: Osama bin Laden (L) sits with his adviser and purported successor Ayman al-Zawahri, an Egyptian linked to the al Qaeda network, during an interview with Pakistani journalist Hamid Mir (not pictured) in an image supplied by the respected Dawn newspaper November 10, 2001. REUTERS/Hamid Mir