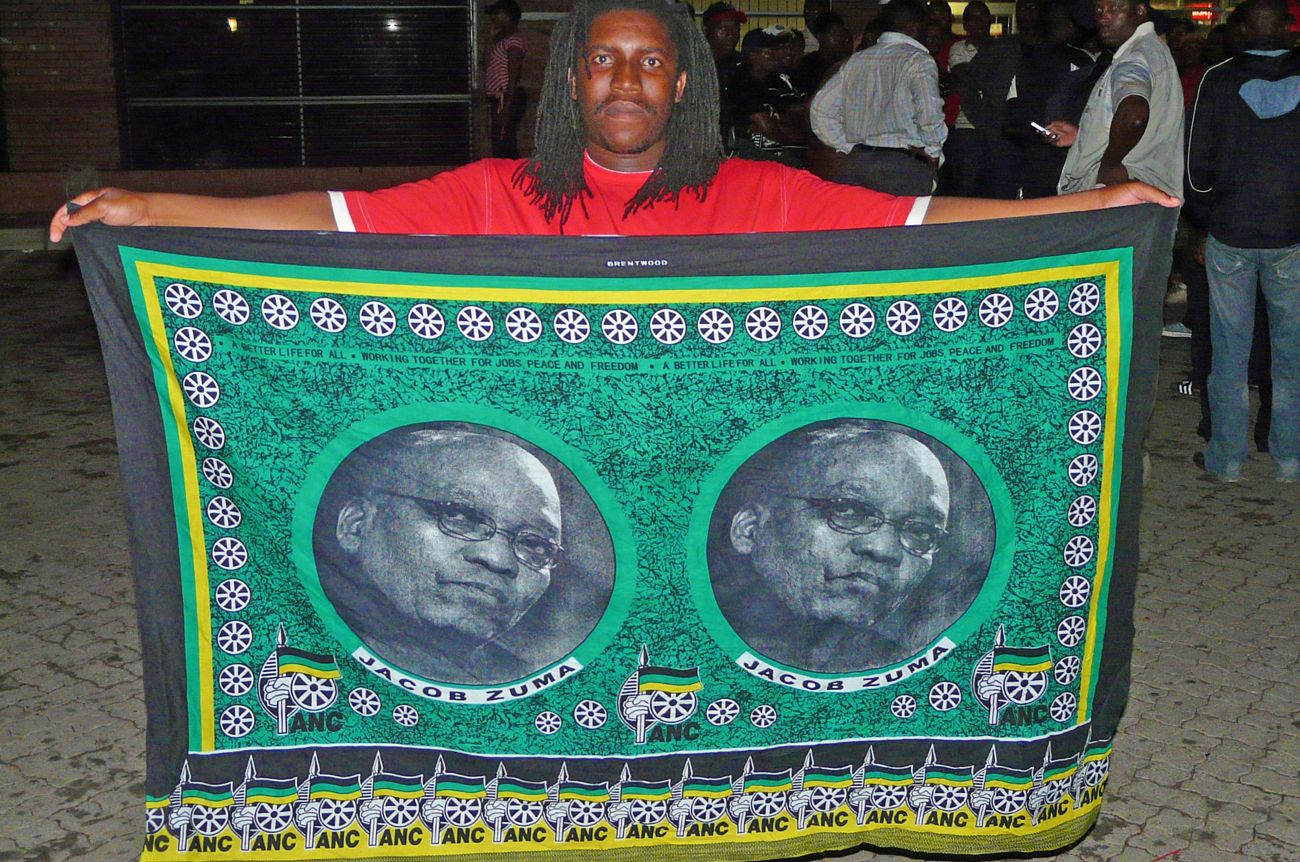 More chaos in Msunduzi as ANC members want deputy mayor to resign; municipalities owed a whopping R62 billion in debt; and Julius Malema looks set to retain ANCYL chairmanship, but spokesman Floyd Shivambu could be on his way out. Meanwhile, Jimmy Manyi's still in the news, this time proposing a ministerial TV programme; and Buthelezi can't let go over his bitterness over the “ANC-backed” NFP.  By SIMON WILLIAMSON.

ANC members in the Moses Mabhida region of Pietermaritzburg have called upon the party’s high-level task team – the one headed by Nkosazana Dlamini-Zuma to sort out the election lists balls-up – to sack local leaders within Msunduzi municipality. The most notable resignation they want is from Alpha Shelembe, who currently serves as deputy mayor. This is the same region in which members staged a two-week sit-in at party offices, which was halted only when the offices were burnt down.

Acting minister of cooperative governance and traditional affairs Nathi Mthethwa has confessed that municipalities are owed almost R62 billion. This was based on the Quarter 2 Section 71 report from the Treasury.

Rumours abound that Floyd Shivambu will lose his job as spokesman for the ANCYL, reports Business Day. Shivambu’s relationship with the media makes Jimmy Manyi seem like Yusuf Abramjee. Last year Shivambu threatened to expose private details of journalists’ lives, as well as  calling IOL’s senior political correspondent “a white bitch”. He is also rather good at slamming the telephone down.

Julius Malema has been endorsed by all nine provinces to maintain his chairmanship of the ANCYL. However, the spokespeople for his challenger Lebogang Maile remain confident. While we can’t see Julius losing this, there could be an interesting scrap for the secretary-general position as Malema wants his ally Sindiso Magaqa to take the position, but the powerful Eastern Cape YL branch wants its Ayanda Matiti in the role.

Jimmy Manyi, fresh from trying to bribe news outlets to carry the message he wants, will now turn his attention to TV. He said “The government is looking at a five-week television programme where ministers would inform members of the public about their programmes because the media is failing to convey government messages as expected.” I wonder who will be paying for the advertising during these slots…

Azapo Youth, much like everyone else in the last few months, has criticised the National Youth Development Agency. The party’s youth focused its lens on the Youth Day commemoration to be held at Orlando Stadium on Thursday and said: “A few years back, with all the evidence at his disposal, President [Jacob] Zuma did what he seems to be mastering ‘through a blind eye’ at obvious, corrupt and unscrupulous individuals in his youth movement and went on to launch the NYDA, a cocktail of disasters, the merger of Msobomvu and Youth Commission.”

The Labour Department is due to inspect farms in the Free State this week to check adherence to labour-law compliance. The inspectors will focus on “ages, hours of work, leave, prohibition of child labour and forced labour, termination of employment, information concerning remuneration, deductions and other acts relating to remuneration as well as written particulars of employment.” Spokeswoman Wisane Mavasa said that the aims are to check that employers do not prioritise profits over the well-being of workers.

Protestors have burnt tyres outside the premier’s office in the Northern Cape. About 60 people gathered at the Mayebuye Centre in Galeshwe where they blockaded the road before moving into the office in Roper Street. If we take percentages and ratios (for kicks), 60 people protesting in the Northern Cape is equivalent to about 600 in Gauteng.

Continuing with protests, about 30 people have been arrested in the last week as demonstrations have raged in Pienaar East outside Nelspruit. Some of those taken into custody are minors and the Independent Complaints Directorate will be investigating allegations that people have been shot. The protests are due to a lack of water. An Mbombela municipality spokesman said there is an element of criminality with people using the protests to pursue other agendas.

Mangosuthu Buthelezi re-criticised the National Freedom Party and Zanele KaMagwaza-Msibi as having been funded and supported by the ANC. Buthelezi has been banging this drum for a long time but this time managed to do so via writing a column for the Sowetan.  This certainly can’t be sour grapes after the NFP, the kingmaker in KZN, helped the ANC take control of 19 hung municipalities.

The new chief at Airports Company South Africa will almost certainly be an internal appointment when current manging director Monhla Hlahla leaves in September. This assertion is said to be backed by transport minister Sibusiso Ndebele, who said: “Ms Hlahla will certainly be missed, but she has put in place a strong and competent team at Acsa. We are confident that her good work will be continued by the quality leadership she has mentored and nurtured.

The Department of Transport and the Treasury will set up a regulator within the next 24 months. The aim of this project is to entice private investment in South Africa’s ageing economic transport infrastructure. Some elements of SA transport are regulated, such as airports and ports, but others, like roads, are not overseen at all – cue the chaos regarding the proposed Gauteng toll fees.