Analysis: The attraction and undeniable importance of t...

Analysis: The attraction and undeniable importance of the ANC Youth League conference 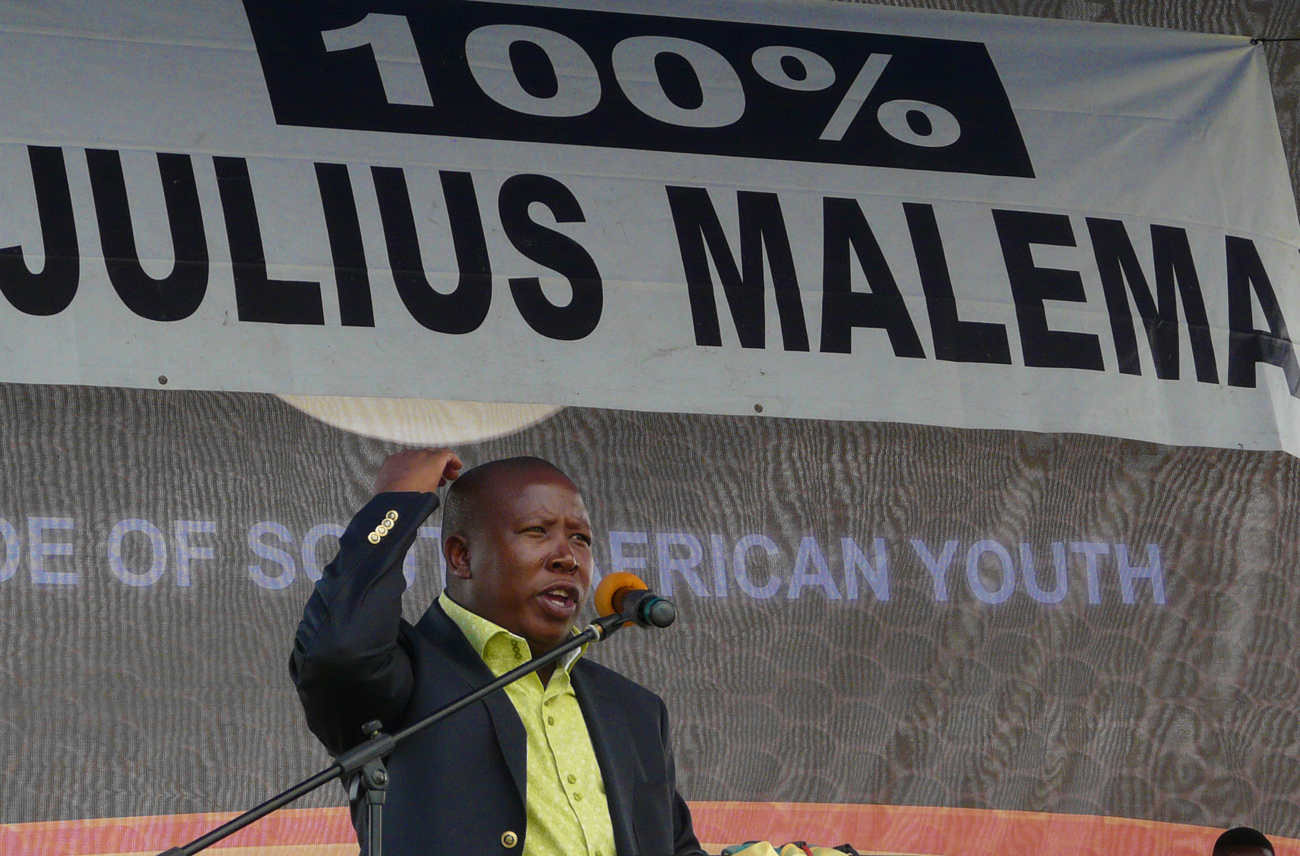 If you didn't know by now, there's an ANC Youth League conference later this week. We all know Julius Malema should walk it, but there's still plenty to care about; it could help determine our future, after all. Yes, really. By STEPHEN GROOTES.

It is a real measure of how the ANC Youth League has changed over the last three years that in 2008 Julius Malema won just over a third of the vote. Then it was a three-horse race and he was a little known leader from Limpopo. He and his competitors had all been nominated by various provinces, there was no talk about whether anyone would be nominated from the floor, because all the contenders had already been nominated.

Now every province has pronounced on its favourite, and each is backing Malema. Dive a little deeper into what actually happened in these provinces and you get a picture that generally all the regions in these provinces voted for Malema too. Try this. In Eastern Cape, of the eight regions, seven voted for Malema. The eighth, the Nelson Mandela region, making up the area around Port Elizabeth, didn’t do so because their regional meeting actually didn’t happen. In Western Cape, of eight regions, six met, six voted for Malema. The two others, we are told by the provincial spokesperson, would be a part of the final provincial general council.

Spot the pattern of almost North Korean-like levels of support for Malema. Quite frankly, we wonder if we’ll be allowed into the conference without our Malema buttons. This tells us a few things. Either Lebogang Maile, the man supposed to be challenging him, is really good at flying below the radar, or Malema really has tight control over this conference. When asked directly last week if he was using his control of the machinery to ensure people who would vote for Maile were being kept out, he denied it strongly. Directly and in a to-the-point manner.

He said also that League was  democratic and, if anyone did put up their hand to nominate someone from the floor, they would be treated fairly. Indeed, listening to the other side of an argument has been a characteristic of the League of late.

For Malema though, there is still one minor skirmish he wants to win. It’s the fight over the post of secretary general. He wants the post to go to an ally, Sindiso Magiqi, who is the deputy leader in KwaZulu-Natal. That province is now the biggest in the League. But the second biggest, Eastern Cape, wants its leader, Ayanda Matiti to get the nod.

If Malema wants to know how important it is to have the right secretary general, he should ask his former friend, Jacob Zuma and his current friend Thabo Mbeki (have you got that right, wasn’t it the other way round, and then reversed and then… oh, never mind -Ed). They will be able to tell you how important it is to have an on-side SG. So Malema would like to be able to get around this particular problem. Normally, he would use his usual tactic, with a mixture of hugely intelligent cunning and a large dash of force, he would find a way to force his choice upon them. But Eastern Cape is not really a fanclub of Malema. Remember the League’s national council? Malema rolled over his deputy Andile Lungisa, who he forced to apologise to the entire League, on pain of being sacked. He even made sure those evil reporters were in the hall to hear it. Well, don’t forget where Lungisa comes from. And it ain’t Limpopo. Yip, it’s Eastern Cape.

Right, so apart from all of that slightly arcane, but vaguely interesting aspect of internal League politics, what else do we need to look for?

Dear reader, there are three moments that we can predict now (we say this because it’s a risky business predicting anything to do with the League, and there are likely to be other unpredictable moments) that should be interesting.

The first, is what will happen when Zuma arrives. Will there be much jubilation and gestures of machine guns and singing and the usual? Or will there be a quiet room? Or, dare we say it, possibly, unlikely but maybe, a tidy spot of booing? Zuma gets to open the conference you see and what happens there could set the tone for the whole thing.

More interesting, and harder to quantify, will be what reaction will deputy president Kgalema Motlanthe get. He won’t be booed. But will he get a bigger cheer than Zuma? And what if there’s a special song for him, or indeed some other surprise? But of course, measuring applause requires specialised equipment, and Malema will be able to claim later that it was not at all louder than what the President received.

And then we have the biggest incalculable of them all. It’s also the most important. It is this, what will Malema say after he is re-elected? Will he go for Zuma? If so, how? Directly or in ANC code? Will it be more about the Guptas and other assorted friends, or will it be with his arms high above his head rolling one hand over the other in that gesture so reminiscent of Polokwane. Will he even mention Zuma’s name, or, gasp, another name? Slightly longer, but more in the tradition of starting with “M” that we became used to. You know, someone with a few months experience in the top job.

League conferences have a well-deserved reputation for starting late, ending later, with lots of chaos confusion and partying thrown in. This one is unlikely to be any different. It could mark the high water mark of Malema’s influence. It could be the start of his decline. Really, anything could happen and probably will.

But in many ways this is the starting gun for 2012. What happens here is really going to matter, because it will set the tone and possibly the direction for all three of next year’s races. Welcome. DM