Manyi vs the media: The ad budget battle begins 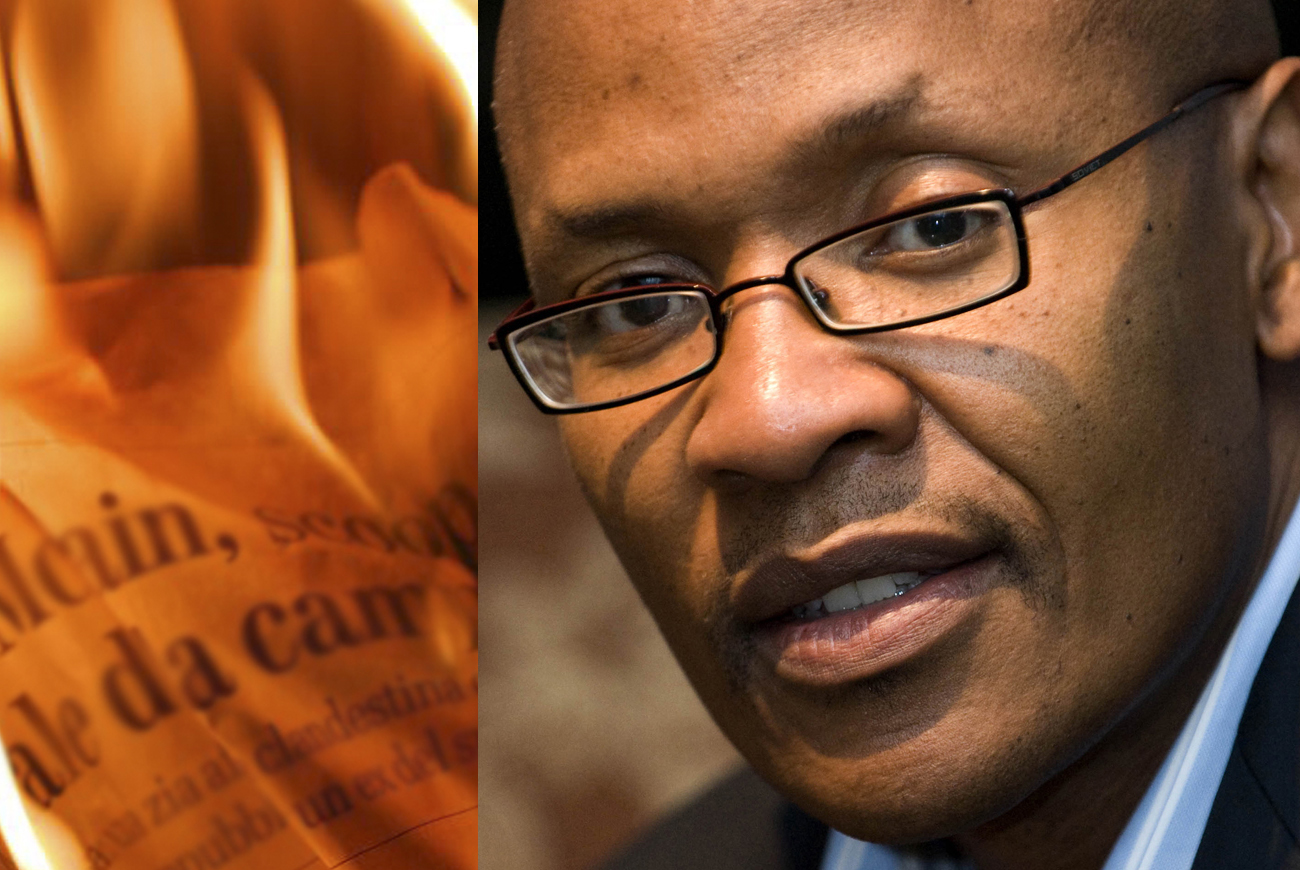 Media people shook their heads in disbelief when government spokesman Jimmy Manyi laid out his rules for media outlets to receive slices of government's advertising cake. But not many are surprised to hear that Manyi wants to convert free, independent media into government marketers. That would be the same government that is funded by taxpayers. By MANDY DE WAAL.

The ANC government is in charge of running South Africa and newspapers must report on this. But the press must mirror messages issued by government if they want a share of the state’s massive ad budget. This is the new government spin redux delivered by Manyi. Media that don’t comply with this edict will be punished where the government thinks it will hurt the most: revenues.

SA editors were understandably outraged after government communication and information system boss, Jimmy Manyi, announced that Cabinet had approved a state communications plan to reward media which put a positive spin on what government was doing. The government communication plan sees the consolidation of an R1 billion advertising budget under GCIS, which means that media buying will now be done internally at GCIS instead of through individual government departments. South Africa’s media was deeply sceptical when Manyi was appointed to head the GCIS late last year. This latest move seems to validate that scepticism as the real shocker was Manyi’s statement that media which mirrored government spin would get more of his budget, and those which didn’t, would get less.

The SA National Editor’s Forum slammed Manyi’s plan and chairman Mondli Makhanya said the decision constituted a “serious offence”: “This incredible plan which was approved by the Cabinet means government wishes to bribe newspapers to become its propagandists or even its mouthpieces by publishing only the government’s view of news and affairs,” Makhanya said.

Manyi, not surprisingly, is aghast at this. He told Daily Maverick the media itself was trying to blackmail government. “The press are[sic] making a very interesting statement. I have said we want to support people that are carrying government information. Government is here to give out content and the role of the media is to give out information and to be a watchdog. Clearly the media I am going to focus on is where I have a base to reinforce my message. How can I advertise in a media that doesn’t carry my message? It is my role as a communicator is[sic] to reinforce my message. The challenge I am posing to media is this, are they now saying they have no intention of relaying government messages?”

“If the press takes offence, it shows all they are interested in is government money. They don’t want to pass on our message and are only prepared to carry government communication if they get paid with advertising? This is ridiculous. The media is saying: ‘Government, you can make all the press statements you want, but if you don’t pay us we won’t carry these.’ It is quite unfortunate.”

Manyi said the only newspaper that had reported on the governments’ new communications strategy in a balanced fashion was Business Day. “All of those that will carry our adverts, but not our messages are trying to blackmail the government willy-nilly into paying them. It is a blackmail tactic.”

Nic Dawes, editor-in-chief of Mail & Guardian, said Manyi’s statement showed he didn’t understand the basic tenets of either news or advertising. “We carry stories on the government where they have news value. We carry advertising in return for money. Manyi is asking us to break down the most basic ethical wall between our advertising and editorial departments,” said Dawes. “What is striking about this is that the ANC thinks the press is too beholden to advertisers. But now Manyi would like us to become even more beholden to advertisers. It is such a fundamental error it boggles the mind. Would he like us to be more positive to everyone who advertises? If we did that, we wouldn’t have newspapers. We would have PR leaflets.”

Sunday Times’ editor Ray Hartley said the withdrawal of government’s advertising from critical press could hurt any newspaper, but said his paper was less dependent on government advertising than ever. “The real growth in advertising has been from the private sector. I don’t think it will be deadly for newspapers, and if that is the intention – to kill critical newspapers – it won’t work.” Hartley said Sunday Times was a mass market publication and existed to serve its readers, and would never serve another master. “You can never publish to impress an advertiser if you want to keep your readership. It is just not going to happen.”

Hartley added a lot of the issues related to corruption and inefficiency were, ironically, put out by government itself. “Trevor Manuel’s recent diagnosis of South Africa included these issues, and everyone acknowledges that there is a problem with service delivery,” he said. Chairman of the National Planning Commission, Manuel released a document on the challenges and achievements of South Africa that showed the country was in decline.

Media expert and MD of Starcom MediaVest, Gordon Patterson, said Manyi’s decision undermined the very basis of advertising. “Media selection needs to be objective. If you want to communicate honestly and openly with consumers, you use the best media. And that is not the government’s view of what is the best media, but the people’s view. People speak with their choice in media and if you want to reach the people you need to respect their choices. That is how you decide how to achieve the best reach at the best cost.”

Patterson said rewarding those media who shared the state ideology was neither open, nor honest. “In media we study consumers and their choices and not the ownership or the ideology of the media platform. That is irrelevant. We invest millions in media owners we don’t necessarily subscribe to ideologically, or that I wouldn’t personally have over for dinner.”

Using media that only reflected state views goes against everything democracy stands for and would betray the very philosophy of advertising, said Patterson. “This decision is most likely to affect the print sector because of government’s involvement in radio and television.”

Anton Harber, Caxton Professor of Journalism and Media Studies at Wits University, questioned whether government’s communications plan was constitutional. “There are very strict rules about how you spend public money and if you spend money on your friends you will be breaking all the rules. The Public Service Act sets strict criteria on how public money is spent. I have no doubt this would rule out spending on what the government likes rather than achieving bang for the government’s buck.”

This sentiment was echoed by Dawes who said the methodology suggested by Manyi was a move away from proven marketing methodologies toward a communication plan based on punishing media that are not on government message. “If they do this, they will be in breach of the Public Finance Management Act and in breach of the most basic principles of marketing, which are linked. If you spend money in a way that isn’t linked to a rational outcome or return, you are breaking state rules on how to spend public funds,” Dawes said.

Mail & Guardian broke the news of plans to reward propaganda-supporting media in October last year. Government’s ratifying of this plan is just one of a number of moves by the state to control what it calls “truth” and restrict the free flow of information. The state was set to push through a very broad and subjective ‘Secrecy Bill” on 24 June. The effect of the bill would be to stem information flow and, not unlike the apartheid National Party government did pre-1994, criminalise media which attempted to report on issues deemed to be “state secrets”. Only after threat of mass protest by Cosatu was the deadline delayed.

While the “Secrecy Bill” has been momentarily stalled, the media appeals tribunal is returning to Parliament and is another muscle in the pincer grip of government’s ongoing attempts to strangle free, critical and independent media. DM