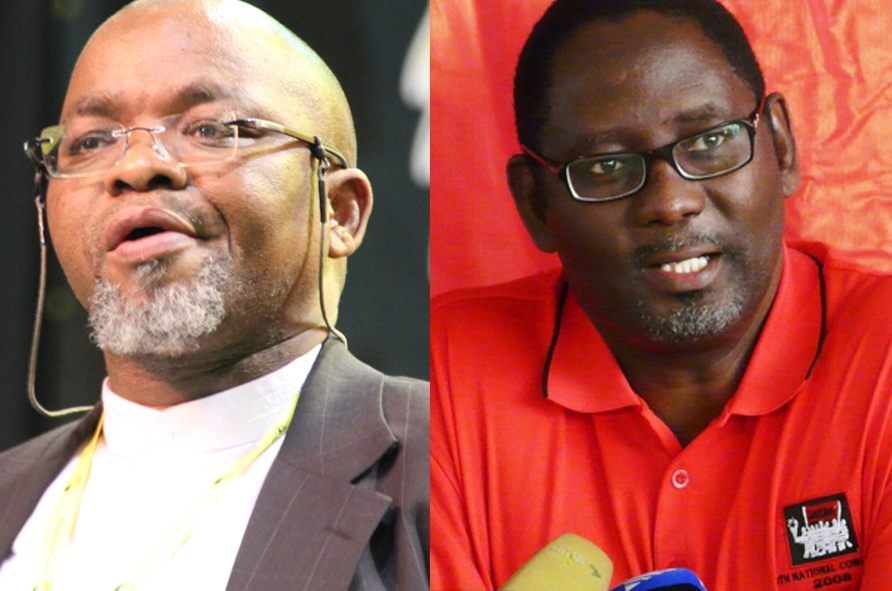 A report the secretary general is due to present officially to Cosatu towards the end of this month, and that was leaked to Sunday Times, is vintage Vavi; he really seems to be getting more and more angry at the ANC. Have we been here before? Yes. Many times. Could this time be different? Um, possibly. By STEPHEN GROOTES.

Oh dear. It seems the folk at the Sunday Times got themselves a really good juicy political exclusive with documents to back it up on Sunday. It was strong enough to keep Julius Malema off the front page in the very week his conference is getting underway. And when you read it, you can see why.

The tripartite alliance has seen some strong language in the past. But even for this alliance, this is bad. We’ve had name calling before, pointing and shouting before, even the odd public spat before. But what makes this so potent is that it is clearly a document designed to provoke the ANC. Zwelinzima Vavi says he’s simply not going to “engage” on the document, its claims, what it says or even how it burst forth in the Sunday Times.

Technically, it was written by Vavi, as a draft report to Cosatu’s central committee later this month. The paper got hold of this report, and now what it says will become the story. And there’s plenty of story.

Firstly, there’s the wonderful headline about how South Africa “will become a banana republic” if the ANC Youth League is successful in removing Gwede Mantashe as ANC secretary general. This is not so much about Mantashe as it is about how powerful the League is becoming. We all know the unions are worried about Malema, and about how large dollops of cash seem to surround him. Along with questions about aforesaid cash. Mantashe would probably have enjoyed hearing about that at least.

Less fun for him would have been the bit about how he, Vavi alleges, tried to provoke Cosatu to walk out of an alliance meeting in September last year. The date is important, it was before the ANC’s national general council, and was a time when tensions in the alliance were very high indeed. It says Mantashe told Cosatu it was “removed” from ANC branches, and didn’t know what was happening on the ground. There was also a dip at teachers union Sadtu, with Mantashe allegedly saying the majority of dysfunctional schools were run by its members. Then there is the serious allegation Cosatu was trying to “collapse” the alliance.

It also claims Cosatu’s relationship with the Youth League had become “complicated”. What a nice word. Can you imagine what would happen if Vavi appeared on a podium at the Youth League’s conference this week? There would be mayhem, complete chaos, he wouldn’t just be booed, he would be lucky to emerge with his bodily integrity intact.

But before Mantashe and Vavi get their knickers in a knot, we should state that pretty much all of this was known before this report was published. Who didn’t know Vavi and Malema generally can’t stand the sight of each other? Who wasn’t aware that Mantashe is annoyed with Sadtu? Hell, he had a real go at them last year, accusing the union of not giving a fig for the “African child”. And the ANC through its secretary general has had plenty to say about Cosatu’s campaign against “tenderprenuers”. So there’s not a lot that’s new.

But the real danger now is in public knowledge becoming an official position. This is what gives the story real juice.

It has been written by Vavi for Cosatu’s central executive committee meeting. One presumes several drafts of it are running around. They will be discussed and thought about before the meeting. Then the heads of Cosatu’s affiliates will meet. And possibly, very possibly, adopt the report, which gives it official status, thus becoming important. It is the voice of Cosatu speaking, it is policy in a way.

So far the reaction of all the people involved in this has been interesting. Vavi says he “will not engage in this report” at all. He won’t answer questions about what is true, what is not true. He sounds a little like the British defence ministry being asked about the SAS when he says “I will not confirm or deny” that he wrote the report. (Refer to Chris Vick’s description of leaking a document to media).

Mantashe takes a slightly stronger line. He says, “I cannot remember saying that” when asked about his alleged attempt to provoke a walkout by Cosatu. He claims “a lot has happened since then”. Well indeed it has. But it was only September, Gwede. Last year. One presumes you have a pretty good memory. That usually goes along with a successful politician, well, in our experience anyway.

Draft reports can be changed, that is their nature. But the fact is everyone knows from the banging and clashing that all it not well in the house of Cosatu and the ANC. The dirty laundry is getting harder to hide. Any public discussion the two parties’ leaders try to hold now will be overshadowed by this. As will Cosatu’s CEC meeting, when it happens. Keeping the laundry out of sight of the neighbours is going to get harder still, unless some kind of compromise is reached during all the leadership contests next year. More and more, 2012 is looking to be a turning point for the alliance and South Africa. And we thought 2007 was big? DM